Are there careers beyond lawyers, doctors, and engineers? Four AISB students share their “non-traditional career paths” 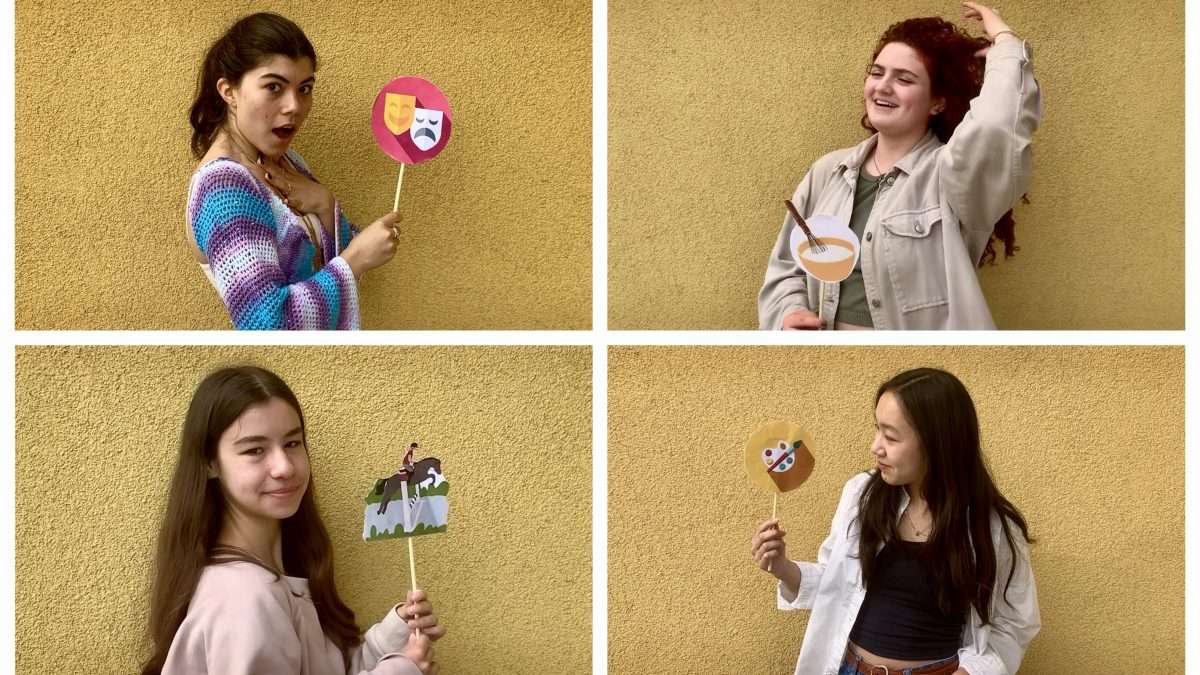 Most parents wish for their children to choose careers that are economically stable, secure, opportunity-filled, and of course, brag-worthy. But, what about what their children want?

AISB’s DP Counselor Josiah Laposky says that often times students pursue careers based on what their family members do for a living. This is common because we feel safe and comfortable with these choices since they are known to us.

According to the school’s Manager of Admissions & External Relations, Catalina Gardescu, the majority of AISB’s parents are diplomats, corporate executives for multinational businesses, and law workers. Needless to say, the bar is set high in terms of what students think will earn their parents’ respect and approval when it comes to choosing a career.

“Some students know all the way from when they were young what they want to become and they stick along that path all the way like it just seems to work out,” says Mr. Laposky. “When they are younger they seem passionate about it and they succeed in those specific dedicated classes. But for the majority of people, it’s a twisty path.

Mr. Laposky encourages students to choose subjects based on their passions and interests. Choosing “untraditional” career paths takes courage, but it’s worth it. And in case you need some inspiration, here are four students who are following their hearts and doing what they love.

Bianca is in 9th grade and she started riding horses in 2014. While she loved it immediately, she only admitted the potential for a career in 2021 when she told her mom. The stables she goes to have lots of other horse riding enthusiasts, so she wasn’t the only one having this realization, making her feel less scared about it.

“Money is my biggest concern because everyone knows that horse riding is an expensive sport and I don’t know if I will succeed,” she says.

Looking into her future, UK colleges are at the top of her list due to their horse riding programs such as Hartpury College. Business school during the day and horse riding in the afternoon is what Bianca will define as the “perfect outcome” when seeking higher education.

Bianca says that while it’s scary, as time goes on, she’s beginning to realize that she can make her hobby her career. “And telling my parents made it real,” she adds.

Megan is in 9th grade and her family introduced her to all kinds of art such as music, painting, and digital drawing since she was a child. Confirming Mr. Lopsky’s earlier speculation about the environment and their impact on career paths, Megan affirms “I think my whole family is pretty artistically inclined so I see where I got it from.”

Both her parents have voiced their wish for her to attend a college that would focus on a more “practical” career because, just like Megan feels, economic concerns are highly regarded when entering the arts professionally. Having a backup “ordinary career” such as law or business would put her parents at ease considering the competition in the environment.

“My parents don’t really express their wants much; they really let me say what I want to say, do what I want to do,” says Megan. “For them, academics come first, but my artistic expression I think is kind of equal.”

But Megan’s financial concerns, along with the fact she knows art is a “highly competitive environment” makes Megan doubt pursuing it as a career. Because of this, she plans on having a backup career to make her feel more confident about her future while she freelances.

Caileigh is in 11th grade and is considering becoming a baker in the future. She started baking when she was four with her mom, Ms. Billi Jones, who used to own her own bakery. She feels lucky to have her mom’s experience, saying “It gives me someone to talk to… she told me about all these issues that have come up, all the work that needs to be done, and the very long hours.”

Her mother was the first to find out about Caileigh’s passion becoming a possible path in the future, and showed her support, while giving realistic advice.

“When I first told my mom she told me, ‘Well that’s a big career; it doesn’t pay a lot and all these things…’ but she still supported me. She even found loads of culinary schools in France and Switzerland.”

Last summer, Caileigh realized her interest in baking as a possible career, but she is also leaving her options open to careers involving biology. Summer 2022 is the year she takes her baking skills in a more professional environment after enrolling in a short internship in Massachusetts, which she hopes to “follow around the main chef or the decorator, really anyone who is important can teach me something.”

Not only does she love eating all the amazing goodies she makes, but she also loves sharing them with her mother and friends. Her favorite part is decorating, which is why all her cakes look like paintings, not food.

Iulia is in 11th grade and her ambition is to become an actress. She has always adored the performing arts, but last summer she realized just how much she is willing to trust herself with her talent.

When telling her parents about her realization, she was shocked when they responded by saying, “We knew, we could tell!” Unfortunately, her grandparents were not as supportive, urging her to consider law or medicine instead.

This year brought the biggest advance in Iulia’s career when she joined an acting troupe that travels around Romania and performs at festivals. Her weekends are usually spent on stage, in front of an audience. Not only does she spend time doing what she holds dearly, but she also is surrounded by people who feel the same way, which is great support.

“I trust my ability to succeed in this domain and I like to think of myself as a confident person and I think you need to have tough skin,” says Iulia. “Sometimes there is that small voice in my head saying, ‘What if I fail?’ but I know I am willing to put in the work to succeed.”

Iulia’s dream after graduation is to attend an acting school in New York or in London, as her mentors have recommended those environments. Looking at her future degree in performing arts, she thinks back to her early childhood and her connection to acting: “It was that thing that you know when you are younger you’re like I wanna do this with my life, but you don’t take yourself seriously.”

During her time in the industry, surrounded by people who go through the same process of having to decide between following their dreams or what their parents never achieved, she came to the conclusion that “Arts are seen as when you can’t become a doctor, lawyer or entrepreneur you can always just follow arts.”

But, as Iulia (and the others above) prove, that’s just not true.