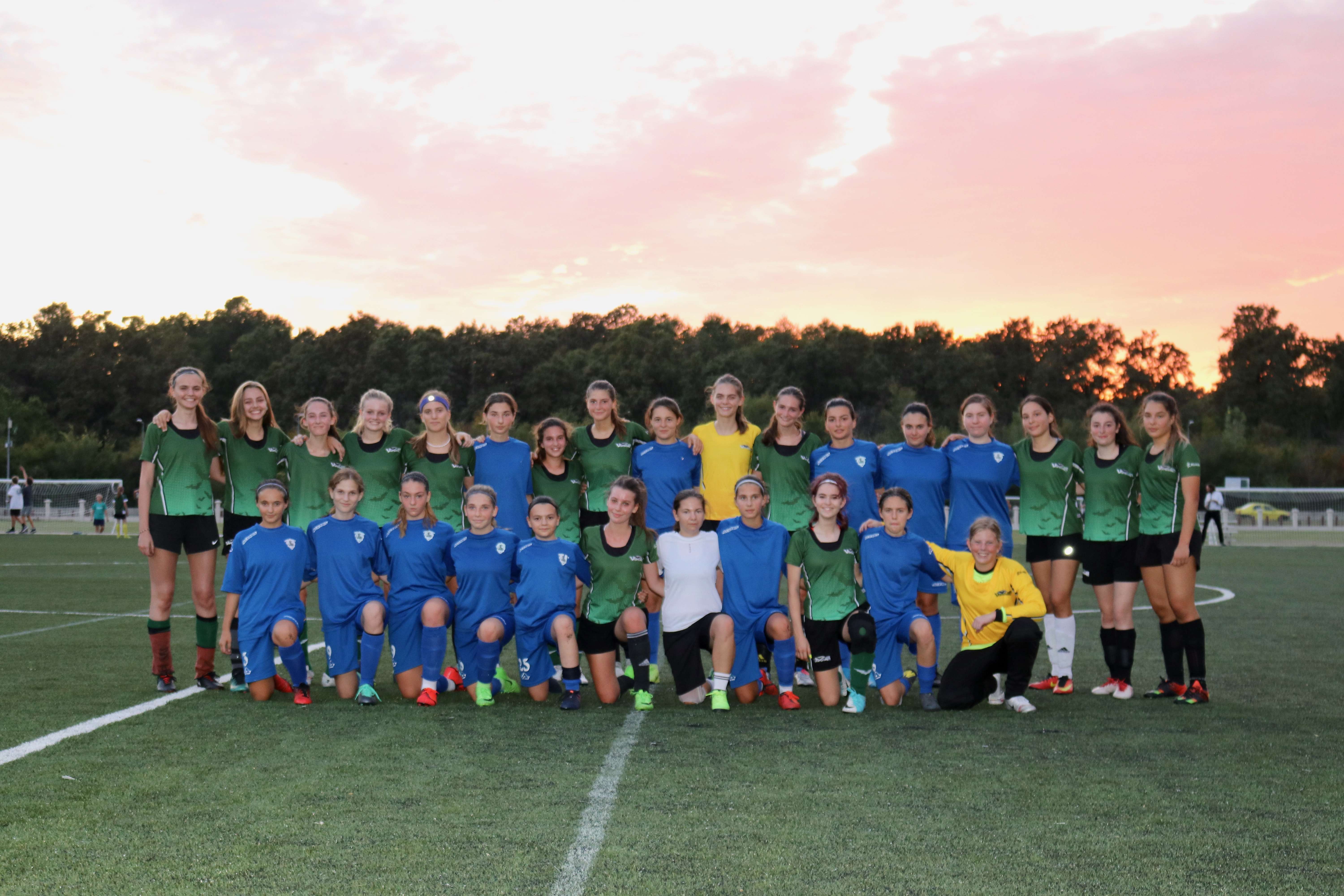 With all great football games, it began with the simplest of passes. The Dream Team kicked off at 6:15 pm and immediately the pressure was on from both sides. They promptly played forward and pressured the defense and goalkeeper.

When the Vampires got the ball, they did the same, running up the wings, passing the ball in and taking the shot. It seemed both teams were playing with the same strategy, but the only difference being their formations.

At 6:45, the referee blew the whistle. It had been a tiring half for both teams, but neither was willing to give up just yet, even though it was still 0-0. The two teams’ coaches were doing all they could to liven up their players and prepare them for the second half.

As with the first half, the pressure was on instantly. It seemed that halftime had reenergized and remotivated both teams because not only was the attack sharper and faster from the Vampires, but the defense also seemed add some real to pressure. It was soon into the second half that Jaden Whitney, our center-back, took a cross straight to the face. But this did not deter her as she continued to make great tackles and blocks throughout the game. It seemed the best was yet to come.

Soon after that pivotal block, the first goal was scored. The Vampires were playing the ball beautifully around the field, and it fell to the captain to take the shot. Katerina (Kat) was just outside the box and the Dream Team keeper was too far out to get to the goal in time, so she took the chance. She chipped it over the keeper and into the goal. The keeper had no chance of stopping the shot.

The Dream Team wasn’t going down without a fight though. Just when the game seemed to be in the bag for the Vampires, a lapse in our defense allowed a Dream Team striker to get through on goal. Our keeper gave her best shot at stopping it, but the strike was too good. It sailed into the goal, making the score 1-1.

Many staff members and supporters showed up to the game on Tuesday to encourage the Varsity team. “The presence of many parents, AISB staff members, and other secondary students fueled the girls’ desire to play their best football for the crowd,” says Alexandru Sota, Coach of the Varsity team.

How the Vampires Did

Overall it was a well-fought game for both sides. The defense was solid, passing was great, and rarely was an opportunity granted to the Dream Team. However, this did not stop the opposition from equalizing the score and finishing off with a well deserved 1-1.

The Varsity Captain, Kat, said that “since this was our first game, I think it actually went really well; we were playing against a really good team so I think we showed up and played better than we expected.”

Co-Coach Arif Akhundov agrees and adds that, “The girls played well for the first game of the season. They executed the plan for the game and played with energy, enthusiasm, and passion. Great start of the season.”

Because of the confidence showed in and out of the game, and the dedication to their training, we’re looking forward to seeing what’s in store for the rest of the season.

'There is no Planet B': A Look into Bucharest's Climate Strikes

The World Cup for Dummies