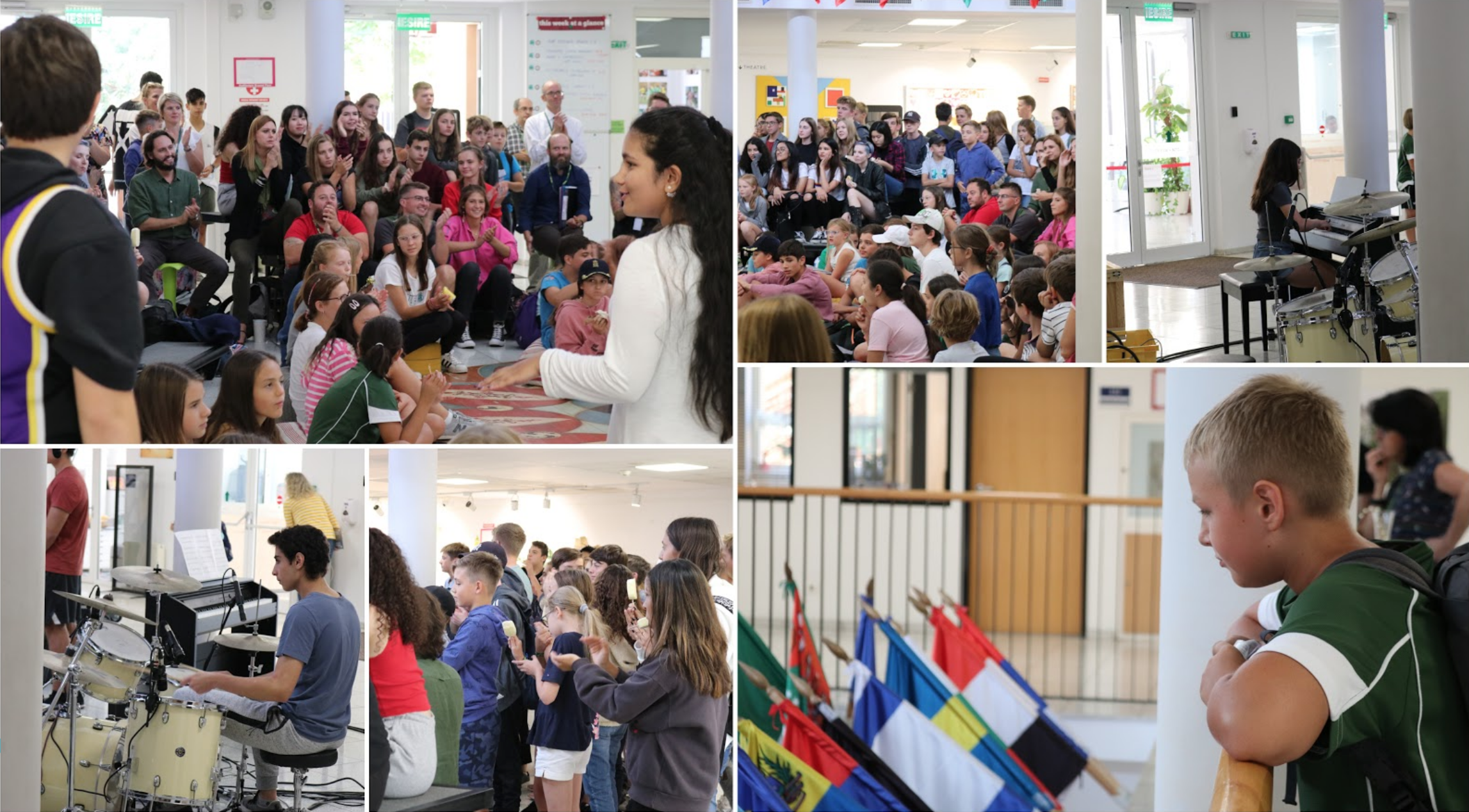 On Friday, September 20th from 1pm-1:40pm, secondary students kicked off another year of the Arts Council’s “Lunch Lounges.”

Seven spectacular performances took place in the atrium, with Stradale food stands by the theater selling ice-cream, sandwiches, and wraps. Here’s a look at what happened:

The first to take the stage was Caleb from Grade 9, singing “Running Home to You” by Grant Gustin. Remember him playing Troy Bolton in High School Musical Jr. last year? He has an amazing voice.

Next up was Luca from Grade 8, playing “As Time Goes By” on the piano. What an awesome performance!

Anabella from Grade 6 sang “Human” by Christina Perri. We hope to hear her sing in the atrium again!

Nick, Marko, and Caleb sang “You’ll Be Back” from Hamilton. After showing off some dance moves, they presented a little skit. We look forward to another mini musical from them!

High school rock band Cobalt Dream played “The Man Who Sold the World” by Nirvana. It was an incredible performance that sounded just as good as the original song.

Iulia from Grade 9 played a composition by Frédéric Chopin on the piano. She instantly transformed the atrium into a concert hall!

The last performer was Mariam from Grade 11, who performed a passionate Bollywood dance. It was wonderful to see her share a cultural dance with the community.

A huge applause to all the risk-takers! The next Lunch Lounge will take place at the same time next Friday, October 11th. Any student who wants to perform can sign up here.

*All photos taken by Rachael L.