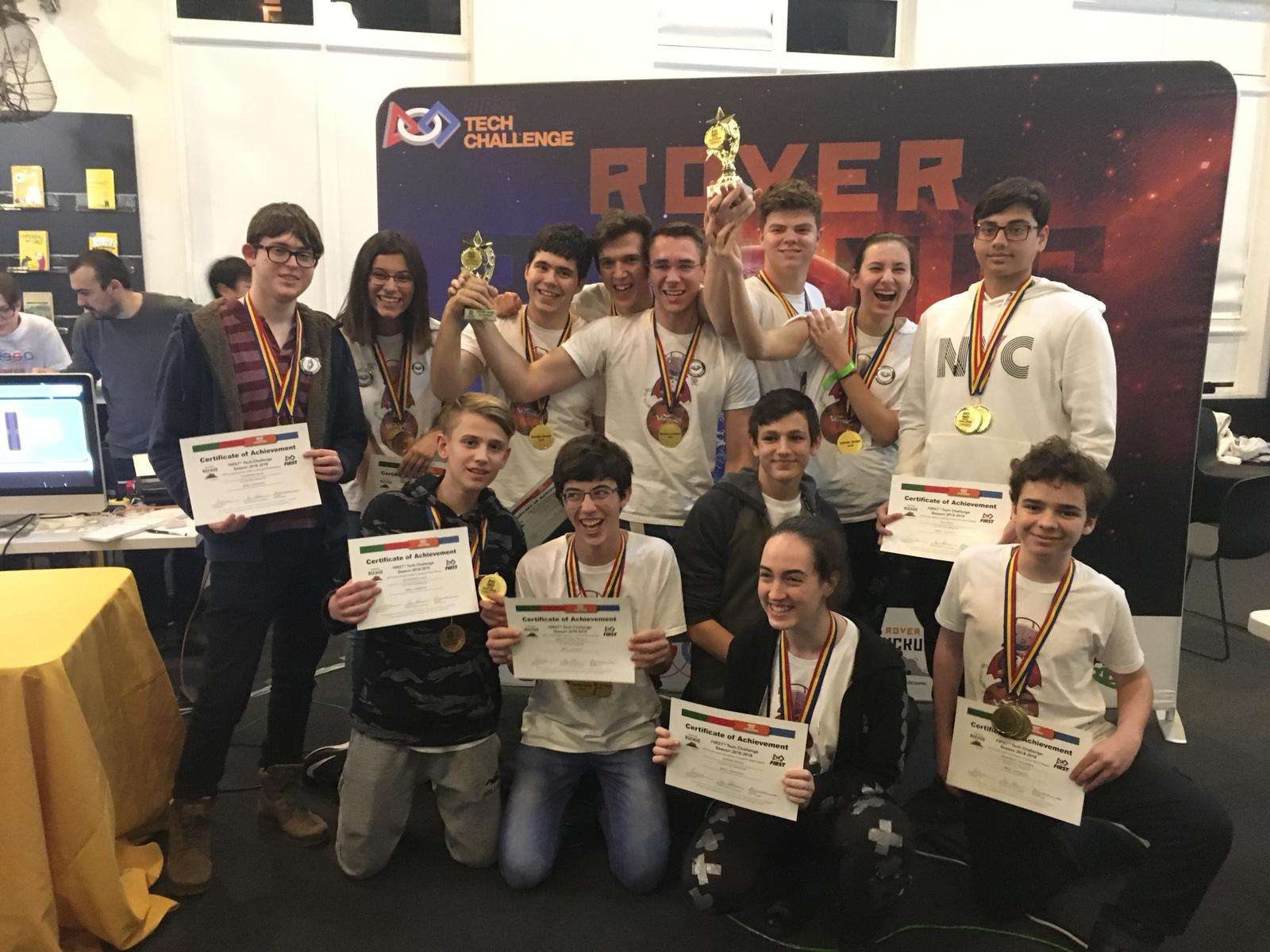 On February 8th and 9th, AISB hosted this year’s CEESA robotics competition. On a side note, AISB won.

The high school robotics team took home the two most important awards: the first place award for scoring the most points, and the Inspire Award, which enables them to attend the Detroit FIRST® World Championship in April.

The Inspire Award is given to the team that stands out the most in regards to robot design, presentation, and professionalism. “It’s not an actual competition,” says 9th grade robotics member Alex S. “Getting there already means you’re the best team; it’s more a celebration than a competition.”

This win has been perceived positively across the school. AISB Activities Director David Hughes congratulated the team by saying, “Winning the Inspire Award and winning Alliance is a tremendous feat for the team. My special thanks goes to Mr. Ionel and Ms. Cacicovschi for all his hard work in preparing the team and organizing the event. Bring on the world championships in Detroit!”

The team’s co-coach Ionel Doboaca adds, “The sky is not the limit! The team dedicated lots of time working after school and weekends and now they enjoy the results. They deserve to be recognized as a team and individuals that worked very hard.”

The FIRST® World Championship will last three days, from April 24th to 27th. It will attract 70,000 people and 1,300 robots from more than 70 countries around the world.

Ten different awards will be given to teams with different areas of excellence, such as “Control” for sticking to the planned scoring strategies and “Promote” for submitting a 60-second video showing a world where every student participates in Robotics. The most important award is “Inspire,” which doesn’t make the team eligible for the next World Championships, but recognizes them as the best team in the world.

The event will attract many winning teams of national and international championships. Despite the strong competition, we hope the Vampires all the best and good luck in Detroit!

If you’re experienced or interested in programming, the team is still open for new members. Contact ccacicovschi@goaisb.ro or idoboaca@aisb.ro for further information about joining the team.