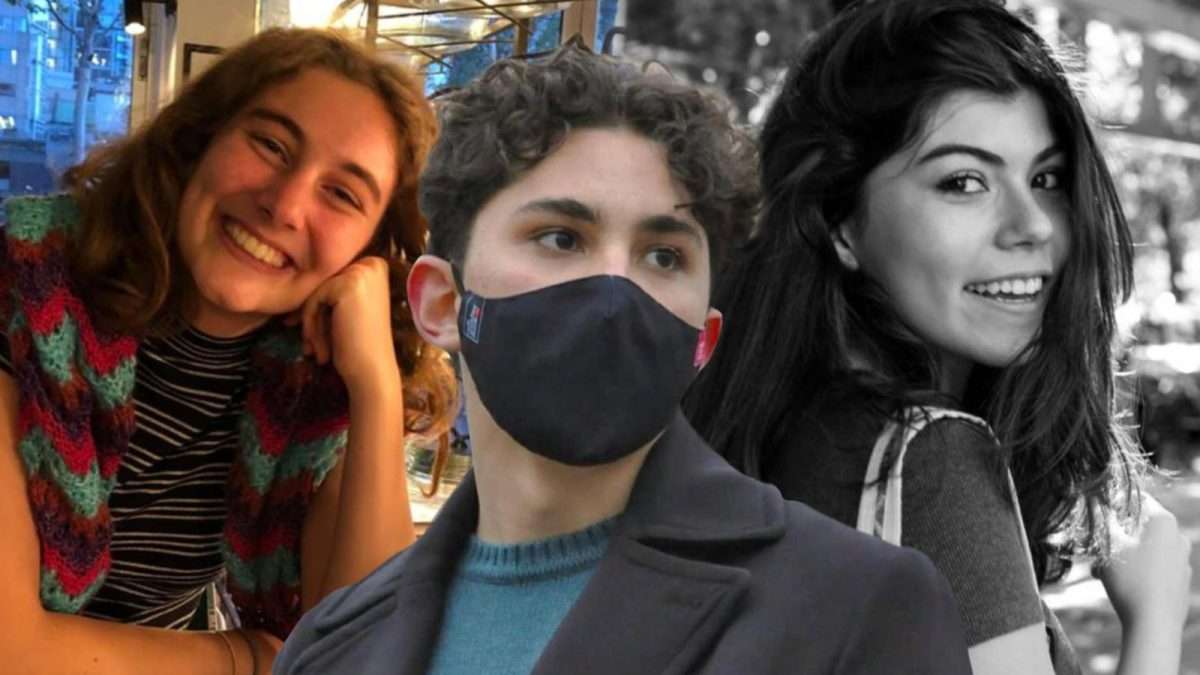 Since 1999, AISB has been awarding Romanian public school students scholarships to attend AISB for their high school careers. These scholarships cover the tuition for grades 9, 10, 11 and 12 as well as transportation, lunches and supplies such as laptops.

Catalina Gardescu, Manager of Admissions and External Relations, says the scholarship program was put in place to “[reward] students who are high achievers and fit the IB Profile—students we felt we could lead towards success in the IB Diploma Program and who would make a difference in the world and more specifically in their own country going forward.”

An open-house event is hosted every February, to which about 50-70 students attend. From there, all students are asked to take a basic written exam and are tested on logic and practical skills to get a sense of their aptitude. Then, the students with the top 15-20 results advance to the next stages.

The students are then asked to write an essay, and answer questions about what they’re like as a learner. Gardescu explains that students are also encouraged to submit previous projects or assignments they’re particularly proud of. “Through the years we’ve had art portfolios, movies, concerts, cartoon books drawn by hand, you name it,” she says.

All of the students’ work is submitted to the Scholarship Committee, which includes Director Peter Welch, MYP Coordinator Andrew Pontius, Secondary Principal Viktor Novakovski, Math Teacher Corina Cacicovschi, the head of the Parent Teacher Organization, and Catalina Gardescu, who is the co-chair of the program.

“The curriculum is very different in the sense that the way the subjects are structured is a lot more theoretical rather than practical, especially for sciences,” says Iulia.

Both students remark the change in curriculum and learning styles was abrupt, and difficult to navigate. Before AISB, the focus was on memorization and test-taking. And the shift to concept-based learning was challenging.

Fellow scholarship recipient Nichita C adds, “I usually would just memorize everything the day before the test, get a very good grade on the test, and then never look back, which is obviously not the way to go and I am still recovering from the effects of that.” Nichita is new to AISB this year— a 9th-grade student from Scoala Gimnaziala Nr 5.

According to the EU Commission’s Education and Training Monitor on Romania 2018, Romania has the lowest general expenditure on education as a proportion of GDP in the EU, leaving the education system widely underfunded and underdeveloped.

Many public schools lack basic facilities and materials such as clean bathrooms, lockers, libraries, cafeterias, sports equipment and other basic materials. There is also the issue of overcrowding, which makes it difficult for teachers to keep students engaged and encourage the students to use measures such as cheating.

“We used to hide pieces of paper in our clothes, in our hands, we used to write on ourselves, we had headphones hidden, we had textbooks under our tables, we had textbooks in our hoodies, we even had pieces of paper inside food. We could cheat in any way possible,” says Nichita. “I think the core causes of cheating are overcrowding in classes and the general school system. We had more than 30 people per class, which was too much….the teachers couldn’t answer questions from that many people and it was difficult for them to try to keep everybody engaged.”

“In State school, mental health is something that is discredited and is non-existent and that is really the Romanian culture in many ways,” explains Nichita. “Undeveloped cultures don’t really have access to counseling and professional help so they just don’t think of it in general.”

We often take for granted the diverse range of activities that are offered at AISB. From a wide range of classes to every kind of service group imaginable, students have access to many unique opportunities. During her time here, Ioana co-founded AISB’s Pride Club as well as the Photography Club, where she organized an exhibition on the differences between analogue and digital photography.

“I wholeheartedly wish it would be possible in Romanian schools for students to start initiatives like a pride group, an eco council…starting any group that aligns with their passions and can have a change in their school environment,” says Ioana.

Similar to Iona, Iulia has taken advantage of the electives not offered at her previous school, and is heavily involved in the drama and theater programs as well as the journalism program (currently serving as the Managing Editor of The Bite). “Having journalism as a class is mind-blowing,” she says. “I know my friends in public schools would have killed to have journalism as a class.”

Iulia explains that journalism in particular has allowed her to explore her passions in a way that’s meaningful to her and to the community. It’s also given her the opportunity to get a taste of the responsibilities she will face later on in life. “I remember in 10th grade when we started to have more clear roles that are listed on The Bite’s Staff Page, we’d identify with them even outside the classroom,” says Iulia. “Having such a position may not seem like a big deal, but it makes students feel important, like their work is truly valuable. “

Ioana and Iulia have also contributed to service groups such as PAWS, Casa Ioana, Mia’s Children, and so many more. “[Service groups] allow you not only to raise money but allow you to go to hospital visits and to have the experience of direct service which honestly changed my world,” says Ioana.

Opening a Door to Unexpected Paths

Ioana graduated in 2021 and is now studying psychological and behavioral sciences at the University of Cambridge. She says that while she was always interested in understanding and helping others, she doesn’t know if she would have studied abroad if she had remained at a public school.

Iulia graduates in 2023 and aims to go into the film industry to become an actress and pursue her passion for theater and drama. She plans to use a large portion of her future salary to fund projects related to animal rights and the environment, issues that are very close to her heart.

While she says that she has always known she wanted to become an actress, AISB has enabled her to further explore her passions and foster creativity in school. “This school has allowed me to experience parts of myself that I wouldn’t have experienced in public school, especially related to arts,” she says. “In a public school, you would not have theater, music or even film for that matter.”

While Nichita is not yet sure of what career he wants to pursue in the future, he says that AISB has already opened his eyes to a world of global opportunities that he never considered previously. “[AISB] has definitely made me realize that I could go almost anywhere in the world and just be accepted.”