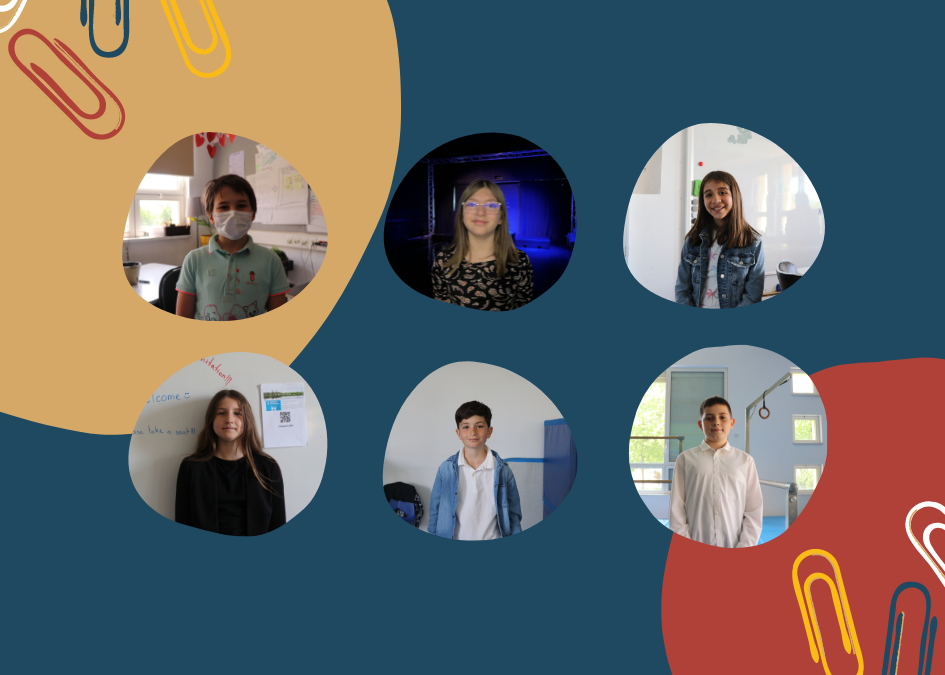 After eight weeks of researching and planning, AISB’s fifth graders finally had the chance to take part in the long-awaited PYP Exhibition (PYP X), which took place around our entire campus May 4th and 5th.

At this event, the students had the opportunity to share their individual projects about real-life issues they studied—from gender equality in sports, to animal rights, to poverty, and even gaming addiction. The hope was to educate audiences and even change some minds.

“There were many times this year when we questioned whether or not this would actually happen in the live format,” explains Elementary PYP Coordinator Courtney Hughes. “The fact that our students were able to have a live PYP Exhibition fills me with joy.”

While we would have liked to see all of the projects, the 25-minute time slots only allowed for us to visit six different presentations, which you can see below. Next year, we’ll make sure to attend both days, as we heard all of the students were amazing!

Samantha’s early interests in marine biology guided her project topic, which she decided to be coral reefs and the impact that human behavior has on them. Throughout her research process, she found particularly interesting that coral reefs are biologically considered animals and not plants as she initially thought.

The fact that the reefs are dying because of human decisions (like pollution, over-fishing and use of fossil fuels which is contributing to climate change) is, in her words, “a tragedy.”

“[My favorite part of PYP X] is actually doing this, the part that I’m doing right now,” says Samantha. It’s been nerve-wracking and now “I can actually get it out of my system.”

Smikey: Food Waste and its Impact

Smikey researched food waste and quickly decided to convince people to change what he calls “wasteful lifestyles.” One of his key takeaways was that ⅓ of all food goes to waste, which is a lot.

A great way to alleviate food waste is composting, which hopefully will soon be a possibility at our school. “I’m still trying to get permission for that,” he explains.

Smikey’s favorite part was putting together a scavenger hunt for his spectators to get them engaged and share his knowledge.

Diego: The Importance of Road Safety

“I wanted to stop people from dying in road accidents”, explains fifth grade student Diego, when asked why he chose road safety as his topic. He says he was shocked when he learned how severe the issue is in our home country.

“Romania is the second most dangerous country [regarding road safety],” says Diego.

Although he did enjoy sharing his knowledge with peers and parents, Diego’s favorite part was what occurred prior to exhibition, with research and planning.

Vera: The Use of Stereotypes in Marketing and Advertising

Vera’s PYP exhibition was on how stereotypes are used in marketing, a prevalent topic in our day-to-day lives. She decided to take on this subject as she saw the implications in her own life.

“I have two sisters and our playroom is bright pink,” Vera explains.

Even during her visits to the local mall, Vera has found continuous use of stereotyping in most stores. Toys and games that are traditionally for boys are targeted for them in blue colors while ‘girl’ toys are displayed in pinks.

Vera says that planning was her favorite part because discovering this project was fun and interesting.

Clean water and sanitation is one of the United Nations’ SDG Goals, which Arianna thoughtfully sorted through to pick this one as her area of focus. This topic was of special interest to her because she had not yet measured the severity of this global issue.

“I didn’t know that a lot of people died from it”, she says.

Arianna’s enthusiasm to make a change for the better resulted in a beautiful weekend activity where she, alongside other 5th grade students, went to the Baneasa Forest to clean up trash.

After debating between exhibition topics, Toma settled on clothing waste and the impact it has on the environment. Toma’s main curiosity while researching was the false belief that women purchase more clothing than men.

During his presentation, Toma asked audiences if this was a stereotype. “Probably…Definitely,” students replied.

Toma’s favorite part was the launch of the exhibition. When asked why, he smiled and said, “Because we got free breakfast.”

A big congratulations to all fifth graders for the hard work and excellent exhibition!

*All pictures taken by Carla A.

Video Quiz: How much do you remember from school?