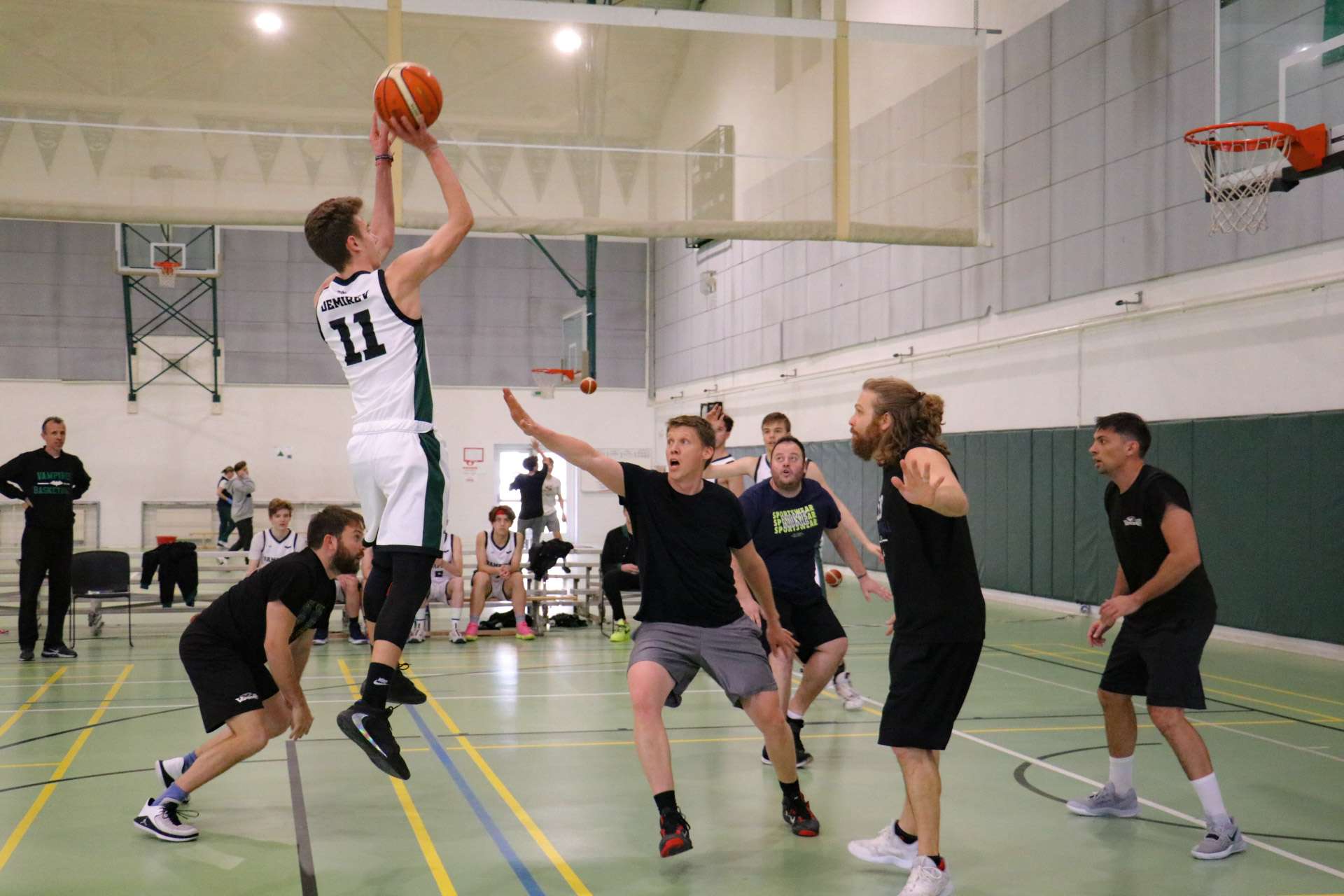 A basketball tournament on March 6th and 7th got intense as AISB players from middle school and high school battled it out to see which team was the best. This “festival” was organized for the players after the recent cancelation of CEESA, due to the COVID-19 outbreak and the devastation it caused among the community.

“This was organized as a way to recognize our basketball student-athletes who worked hard this season and were looking forward to the CEESA tournament,” says AISB Athletics Director David Hughes. “The festival was designed to provide healthy competition in a fun environment.”

A Look at the Games

The festival took place over two days with a total of nine matches and three segments in between matches. Friday’s main draw was an exhibition match between the HS Varsity team and AISB staff members. It was a fast-paced, intense game, with the staff winning by nine points.

Another featured match was the HS JV Girls playing against the MS Varsity Girls. The game was tight, yet JV trailed close behind for most of the game. But at the very end, they came back, tying it up 14-14. The game went into a four-minute overtime, and JV managed to beat Varsity 18-14.

Saturday was equally as tense as the competitions continued. The MS Boys were winning all their matches through their intense pressing game, taking control of the center when attacking, and playing fast and aggressively. Meanwhile, in the second tournament, there was no clear cut winner, as many teams were winning on and off, rather than having one team dominate.

Around The World, Three-Pointers and Slam Dunks

After the first round of games, it was time for the three-point contest. To win this you had to get the most number of points in 90 seconds. Each three-pointer made was one point, with your final shot, the “Moneyball,” from well behind the three-point line, was worth five. It was a close contest, with many people being consistently on target, but Kat V. ended up winning with 10 points, despite missing out on the Moneyball shot.

The final round was a slam-dunk competition where entrants would be judged on style, whether they made it or not, the height of the net (as it was adjustable), and creativity. Each participant had three attempts to make a dunk and there were two elimination rounds. After many skillful dunks, Stani D. won the title for the best slam-dunk. Below is Stani’s final dunk.

Goodbye to Basketball… For Now

The tournaments ended after two very intense final matches. In the green tournament, three out of four teams tied second, all with the same amount of points. These were the HS JV Girls, MS Girls, and the MS Boys C teams. This meant that the winner of this tournament was the MS Boys B team.

In the orange tournament, the HS Girls came third, the HS JV Boys second, and the MS Boys A team came first after winning all their matches.

With the end of this tournament came a fitting finish to the 2019-2020 basketball careers of our student-athletes where they achieved a level of playing skill that will be hard to rival in the years to come.

According to Hughes, “The coaches, players and supporters brought exactly the spirit that we wanted to this event, and I think it was a tremendous success.”

Congratulations to all our Vampires! Even though it was a huge disappointment not to compete in CEESA, we really enjoyed watching you play against each other, and are glad that our seniors were recognized for their contributions and acheivements.

Since we’re all distance learning at the moment, we won’t be posting as often as usual. However, we’re going to make an effort to provide positive articles to bring our community together during these uncertain times. Please do your part by leaving a nice comment below to celebrate the success of our basketball players!