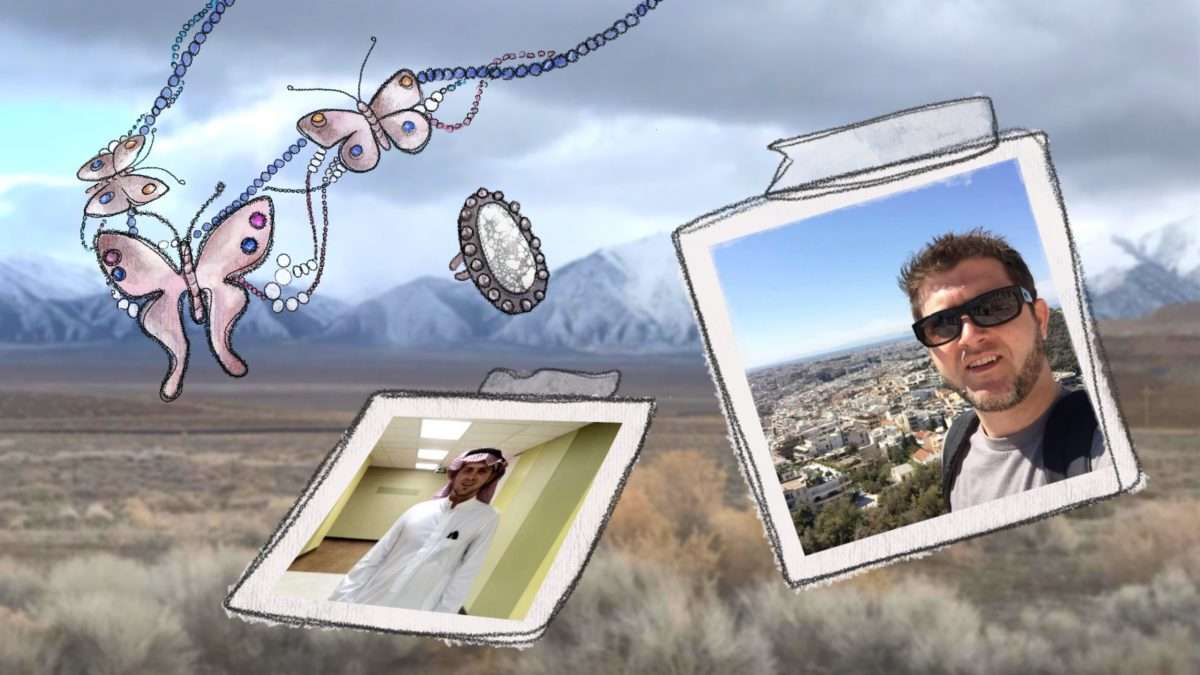 If you’re a secondary student, you may not know third grade teacher Ryan Wahrenbrock. But after reading this story, you’ll want to seek him out—or maybe even join his jewelry-making CCA.

The Beginning: Life in Rural Nevada

Ryan Wahrenbrock grew up in Elko, a small town amidst the mountains and deserts of Nevada. He was brought up in a home where nature and hunting were very important; and on his 13th birthday, he was gifted a hunter’s safety class and his first hunting rifle. “It was kind of a rite of passage,” he says.

On weekends, Wahrenbrock and his father would drive to the middle of nowhere—until all they could see were mountains on the horizon. They were there to hike and hunt for birds, usually chukar, the most common species in the region.

Searching the sagebrush and small bushes, Wahrenbrock and his father would patiently wait for the sounds of the chukars rustling the leaves, preparing to fly off. Then, in a moment full of adrenaline, the bird would either go down or they would have to try again.

Sometimes, they wouldn’t bring anything home, but as Wahrenbrock explains, that wasn’t the goal. “It was more bonding time, same as fishing, you know. We would go and hike up to the mountain…it was common to never see a bird all day. Here, you go with your father to see a movie or see a play or something like that; where I grew up, there wasn’t that opportunity.”

Finding his Passion or Jewelry Making and Teaching

At the start of his freshman year, Wahrenbrock moved to Reno, the third-largest city in his state. His uncle worked there as a master jeweler and he would give Wahrenbrock beads, which he would use to make simple jewelry pieces like necklaces and macrame. He then joined a jewelry class at his high school, where he learned to use more complicated metals and stones that his uncle provided.

In parallel, against the recommendations of his mother and aunt (who had worked in the profession), Wahrenbrock developed a curiosity for teaching. And since he’d completed his English credits and had two empty blocks, his mom’s friend offered the opportunity to teach kindergarteners. “She said it was easy to credit and I didn’t really have to show up,” he remembers. “At first, I felt guilty, so I went to the class. I thought you know what, this is actually pretty good. And that’s when I decided that, okay, I’m going to be a teacher.“

Wahrenbrock then stayed in Reno to attend university—partly to pursue jewelry making in his free time, as an apprentice under his uncle. When he finished his studies, he started as a teacher aide in his hometown of Elko, before teaching first graders in Reno for four years. During that time, he also set up a jewelry business.

He was starting to make a profit and even had set up a website; but unfortunately, the situation at his school was difficult, and he needed a change.

“The level of poverty at the school was one hundred percent. They didn’t have the nutrition at home and they weren’t so much worried about academics.”

The method by which Wahrenbrock was forced to teach didn’t fit his beliefs either. “The rules were changing and it was turning into teachers having to teach from basically a script,” he says. “The government was being more and more restrictive to teachers, and I just thought, I don’t agree with what’s happening. I was actually going to quit teaching.”

Moving to Saudi Arabia was exciting for Wahrenbrock, but closing his jewelry business was difficult. Fortunately, just after arriving to his new home, he was presented with an amazing opportunity: to train the jewelry makers of Princess Noura.

Often described as “the new face of Saudi fashion,” Princess Noura had employed 20 workers to create her original jewelry designs, but they had not been professionally trained. That’s where Wahrenbrock came in. He remembers walking into the massive, extravagant shop, eyeing the “pounds and pounds of gold, rubies, emeralds, and some stuff I had never seen before.” There was even a small replica of the Grand Mosque made out of 22-karat gold.

After this “very enriching experience” that was a “breath of fresh air” for his teaching and jewelry making careers, Wahrenbrock decided to move to Abu Dhabi and the U.A.E.

With each move, Wahrenbrock’s jewelry making has changed in new ways. He says, growing up in Nevada, most of his jewelry was inspired by the surrounding nature. Then, “the more and more that I’ve traveled, I do a lot more art deco.”

I think that architecture and being in different places has been able to influence it in that way.”

When he arrived at AISB here in Bucharest, Wahrenbrock wanted to share his passion, so he created a co-curricular activity to teach students how to make jewelry—just like his uncle had done for him.

The materials are different than what he had in Nevada and in Saudi Arabia, but Wahrenbrock explains that “it’s all the same kind of techniques,” regardless of where you are in the world. At AISB, he’s mostly working with glass and copper, and creates additional pieces at his jewelry studio in his apartment.

What Does the Future Hold?

Sadly, Wahrenbrock’s uncle passed away last summer, leaving him 50 years’ worth of tools and stones, gold and silver. The temptation to return to Reno to set up a full-time jewelry business is great, but he admits, “I’m scared to give up my whole life savings and go for it.”

Plus, he would miss teaching, and says he finds it hard to imagine a life where he’s not pursuing both passions.

“I have considered going back at some point…teaching for some time and working on the jewelry business on the side until it can be up and going, and profitable… Never say never, right?”