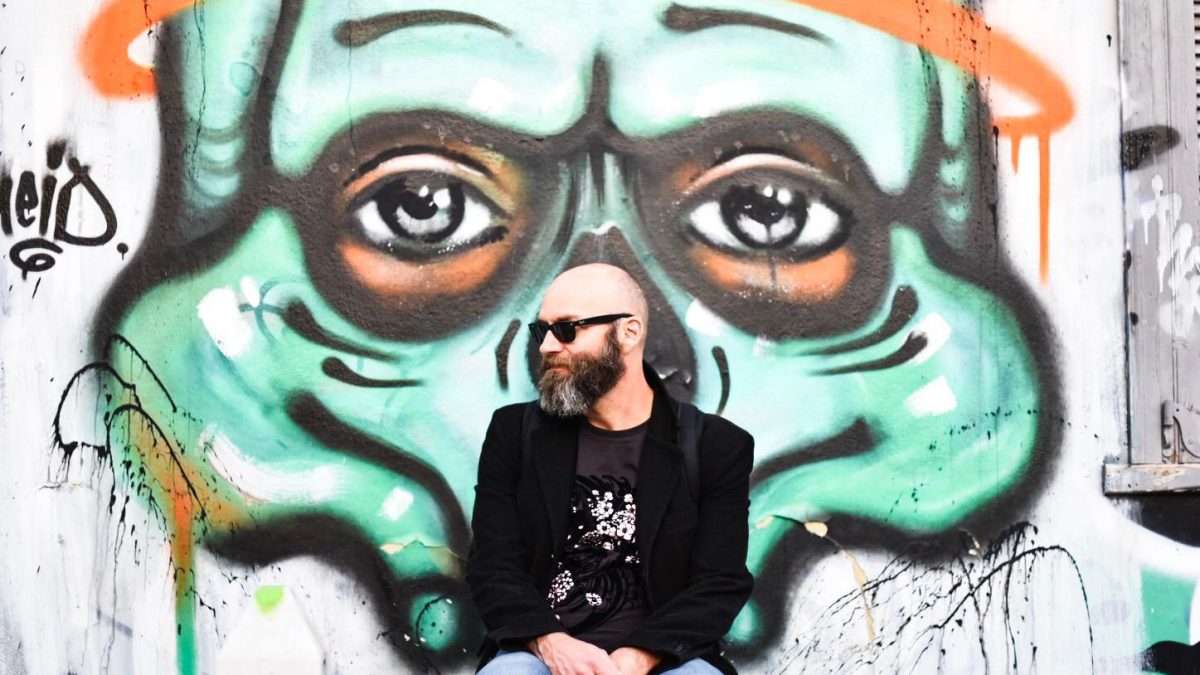 Lovingly referred to as “Captain” by his middle school English students, Kirk McDavitt is known for being “the cool teacher.” But it turns out, he’s even cooler than we thought. From baking, to firefighting, to writing a novel, McDavitt reveals some of his past jobs and stories.

The Beginnings in the Bakery

One of Captain’s first jobs was in a bakery in Detroit, where he first worked as a server, then a baker, on and off for five years. The bakery served a restaurant that seated around 300 people daily and the labor was intense.

A normal day at the bakery started at 7am, when McDavitt would start mixing the dough for the cinnamon swirl bread. He stood over the counter, adding spices into the mixture, kneading the dough tirelessly until it was ready to go into the oven. Then, the process would start again, this time with a fresh batch of chocolate chip cookies, and would continue until the end of his shift, at 2pm.

“I enjoyed the peaceful atmosphere,” he says. “The repetitive and predictable routine brought peace to my day.”

Throughout his time at the bakery, McDavitt learned how to make some delicious baked goods, many of which he still makes today. Although it took him a few tries to get right, his personal favorite is a lemon chiffon cake. “The first time I did it it was a disaster,” he admits. But practice makes perfect, and time has gifted him near-perfect rosemary cheddar biscuits and chocolate chip walnut cookies with orange zest.

His Journey into the World of Firefighting

McDavitt’s interest in emergency medical services began in high school; and in February of 1992, he went through the fire academy to join his hometown department, just outside Detroit, where he stayed for two years.

During his time as a firefighter, McDavitt helped many people get out of dangerous situations. He remembers one night in particular: the night of his first fire. It was New Year’s Eve and McDavitt, along with other members of the fire department, were gathered at the tenants’ house. At around 11pm their pagers went off, and immediately they heard the dispatcher announce a house fire their station had to respond to. All the firefighters rushed to the station and put their gear on frantically. On their way, Captain remembers feeling excited to finally fight his first-ever fire.

As they arrived to the scene, the smell of smoke overwhelmed McDavitt’s senses. He strapped a breathing apparatus onto his face and was rushed over to a hole in the roof, where he was lowered into the attic, to crawl across the rafters and dislodge a large canvas tent that had been smoldering.

Captain was exhaustively hitting the tent with a long pole when the bell in his oxygen bottle began to sound— indicating that he only had two minutes of air remaining. “I could feel that I was taking every last bit of air out of the bottle,” Captain explains. But he gathered the strength to finally push the tent through the beams before climbing out of the house and into fresh air.

McDavitt continued these heroic efforts for two years before deciding he’d had enough; although he found himself enrolled in a paramedic course a few years later, where he’d continue to put his life on the line to save others.

McDavitt’s first teaching job was in South Carolina as a 9th grade English teacher in 2007, immediately followed by his first international school experience in Porto Alegre in Brazil, where he met his now wife, Gitane Reveilleau, the school’s Digital Learning Coordinator.

Reveilleau and McDavitt met at the staff orientation day, to which he arrived late due to a delayed flight. Some time during the day, Reveilleau introduced herself to Captain, and immediately he was “speechless.” With a smile on his face, McDavitt reminisces about that day, saying he was “immediately blown away by her presence.”

Shortly after, the two started dating, and found themselves engaged four months later. A couple months after that, the pair was married, and decided to start their new life in Thailand.

From there, the couple worked at international schools in Bangkok, New Delhi, and now at AISB. McDavitt says that teaching seemed like a natural move to make since he always “loved books and the environment of education.” Plus, the international lifestyle appealed to him and Reveilleau, as it gave them the opportunity to explore the world and to create new homes.

When McDavitt first arrived in Bucharest, he took a two-year sabbatical in which he focused on writing his book. Although the writing time was appreciated, being alone at home caused Captain to miss the school environment, especially during his first year. Later on, McDavitt joined the AISB staff as an English teacher and since then has been “thoroughly enjoying” his teaching time.

In comparison to his previous jobs, teaching is “more predictable and controlled.” Nevertheless, Captain assures that teaching requires a broad range of skills and that no matter how controlled it seems, it might change rapidly.

“Teaching is definitely a unique and incomparable job,” he says, “and seeing a student progress is one of the greatest things I’ve experienced.”

Creativity: Writing Music and a Novel

McDavitt’s passion for music really started at age 16, when he started playing the guitar. This led him to joining a band called “Mr. Tidy and The Dank” while living in Detroit, where they performed often. In Bucharest, he plays guitar and sings original songs in the band “The Mo Chits,” along with AISB teachers Jacqueline and Sean Whitney. They used to perform frequently prior to Covid-19, and look forward to playing again once it’s safe and possible to do so.

Captain describes performing live as “the ultimate feeling.” He explains that, “during a performance, I feel an energy that makes sharing my music worth it.”

Currently, most of his pieces are story-based songs about his life that would be considered “indie.” He’s also experimenting with political commentary, recently writing a song called “The Age of 45,” which describes current world events, a “dystopian” reality, and highlights issues like climate change.

Besides writing lyrics, McDavitt has challenged his creativity by writing a book— inspired by intensive 10-day meditation courses that didn’t allow talking or even eye contact with fellow participants. The aim of such courses is to cultivate your meditation practice and think. “The inner peace that I felt was something I’ve never felt before,” says Captain.

During the ten days of the course, McDavitt says many ideas wandered through his head, which resulted in a novel that touches on childhood memories, paramedic calls he took long ago, thoughts about aging, as well as the process of meditation and what it felt like to him.

It took three years to finish, but the book, entitled “Imperfect Silence” is now complete. And now he’s off to the next chapter.