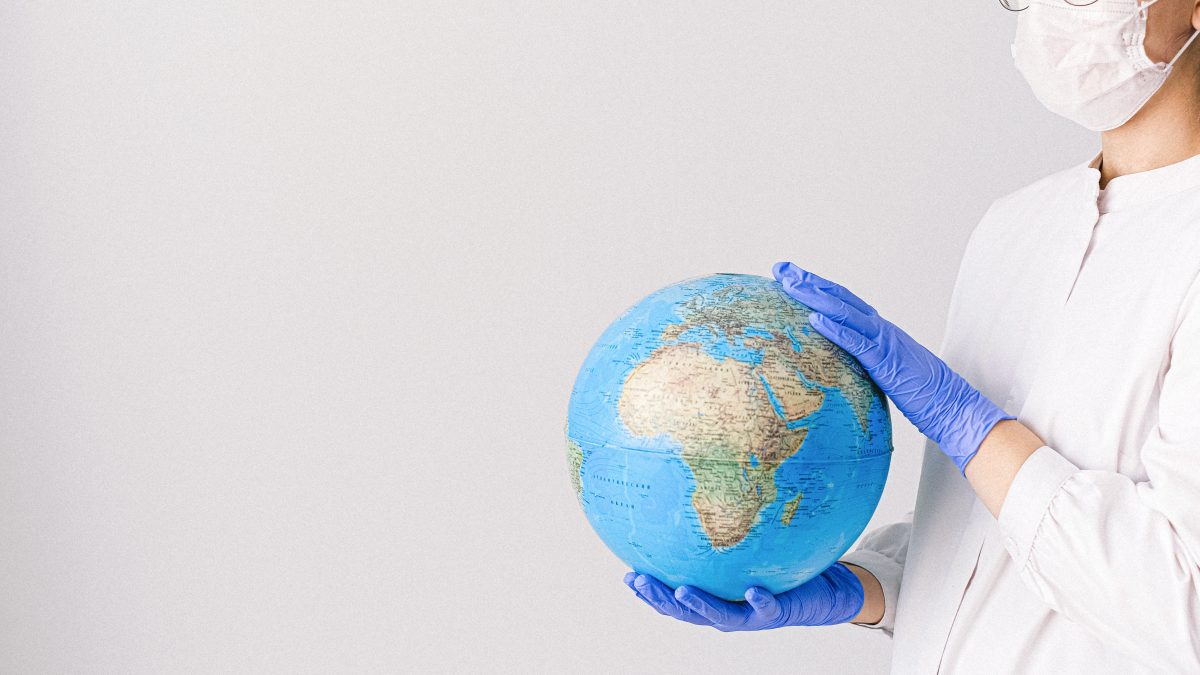 This article is part of our Earth Week series, created to support an AISB student-led initiative. Visit their official website for daily activities. Today’s theme is “The earth needs us now more than ever” and we found it fitting to publish something related to COVID-19.

As the novel coronavirus has spread and plunged human civilization into a worldwide pandemic, governments have recognized the threat to the lives of their citizens. Thus, depending on the severity in each country’s case, restrictions have been imposed, ranging from stricter curfews to full-on lockdowns.

In countries such as Romania, with a medium level of severity, lockdowns have been enforced by closing down schools, malls and all other non-essential institutions. Workers have been sent home on paid (or in most cases, partially or unpaid) leave, and the only places that remain open are supermarkets, pharmacies and hospitals. We’ve been told not to leave our homes unless necessary, to wash our hands properly, and to practice social distancing.

Of course, the narrative in each country varies, but the effects of these restrictions are the same: we’ve had to alter the way we live our lives–drastically.

Halting major human activity has, in many ways, negatively impacted our societies and economies; but there’s a silver lining: it’s positively affecting our environment.

Before the pandemic, levels of pollution and greenhouse gas emissions were on the rise. Concentrations of carbon dioxide had seen a dramatic increase in the past years, as CO2 emissions in the U.S. alone rose 3.4 percent from 2017 to 2018. Additionally, scientists had reported that, unless serious efforts were implemented to combat global warming, “over a third of the earth’s ice would vanish by the century’s end.”

But this last month, we’ve seen something most of us haven’t seen in our lifetimes: positive news regarding the climate crisis. Following China’s air-tight lockdown, reports indicated a significant decline in nitrogen dioxide (a greenhouse gas which is related to reduced car journeys and industrial activity) and that CO2 emissions were down by at least 25%. This led to the almost permanent, visible cloud of toxic gas floating over China to seemingly disappear–revealing clear, blue skies.

This is the first time I have seen such a dramatic drop-off over such a wide area for a specific event.” — NASA Air Quality Researcher Fei Liu, in a statement on NASA Earth Observatory.

China is not the only country where changes are happening: New York is experiencing a 5-10% drop in CO2 and a solid drop in methane as well, while a report of a 35% reduction in traffic levels justifies a decrease of nearly 50% in carbon monoxide (which comes mainly from cars).

In Rome, NO2 levels are now 26% to 35% lower than they were in 2019, and the Italian city of Venice have experienced visible drops in pollution levels, allowing for the water in the city’s canals to become clear again.

All over the world, people are posting messages about hearing bird chirping. Goats are roaming the streets in a nearly empty town in north Wales. Peacocks are walking down empty streets in Spain. There are pictures of coyotes posing in front of the Golden Gate Bridge.

However, there are fears that following the crisis, levels might spike again, possibly surpassing what they once were. Animals will go back into hiding.

One cause could be that necessary climate actions have decreased. This is not only due to the restrictions imposed, but because the climate crisis isn’t as important as the pandemic. Anton Lazarus of the European Environmental Bureau told Politico that “Meetings are being canceled but important decisions should not be delayed,” warning that “The corona crisis cannot be allowed to slow down action to tackle climate and ecological crises.”

Other concerns are that positive news regarding climate change might prone some to thinking that the problem is less severe or even solved, halting and even backtracking progress made so far regarding the issue.

Related Article: Climate Change: What are Students Doing to Make a Difference?

And, finally, we must think about what happens when things “return to normal.” After this period of social isolation, people will be craving normalcy. Will Instagram influencers go back to posting pictures of their well-manicured hands holding plastic Starbucks cups? Will travel bloggers go back on the road (or in the air)? Will we return to school, and think nothing of being back, stuck in traffic?

We have no idea how long this pandemic will last, or how much longer we’ll have to continue social distancing. Lives are being lost and economies are suffering. But, the climate is improving. And it’s our job to think about what we can do to make sure these improvements last.