AISB’s March For Our Lives Gets International Attention 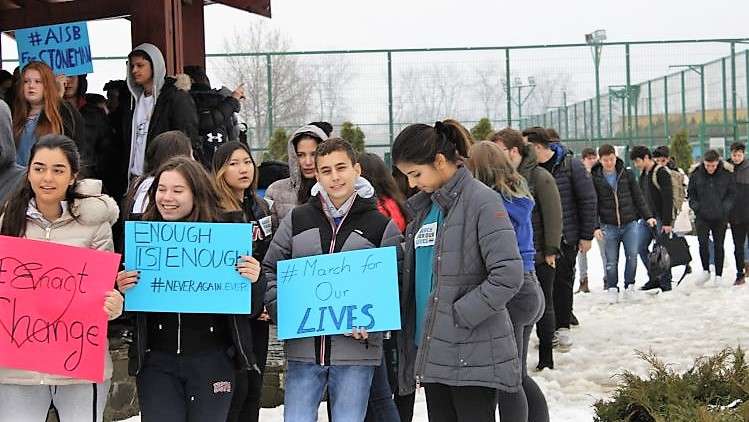 Last Saturday, on March 24th, students from all around the world marched for the lives of those who were lost in a school shooting in Parkland, Florida. On Monday, the AISB community did the same.

The event, led by journalism students Gal O. and Mominah I., was originally planned for Friday, March 23rd, but was postponed due to severe weather. At 12:55 on the 26th, students entered the theater to the sound of Emma González, giving her famous speech from an anti-gun rally last month. González has quickly become the face of the movement against gun violence, and has inspired thousands of teenagers to stand up and get their voices heard. 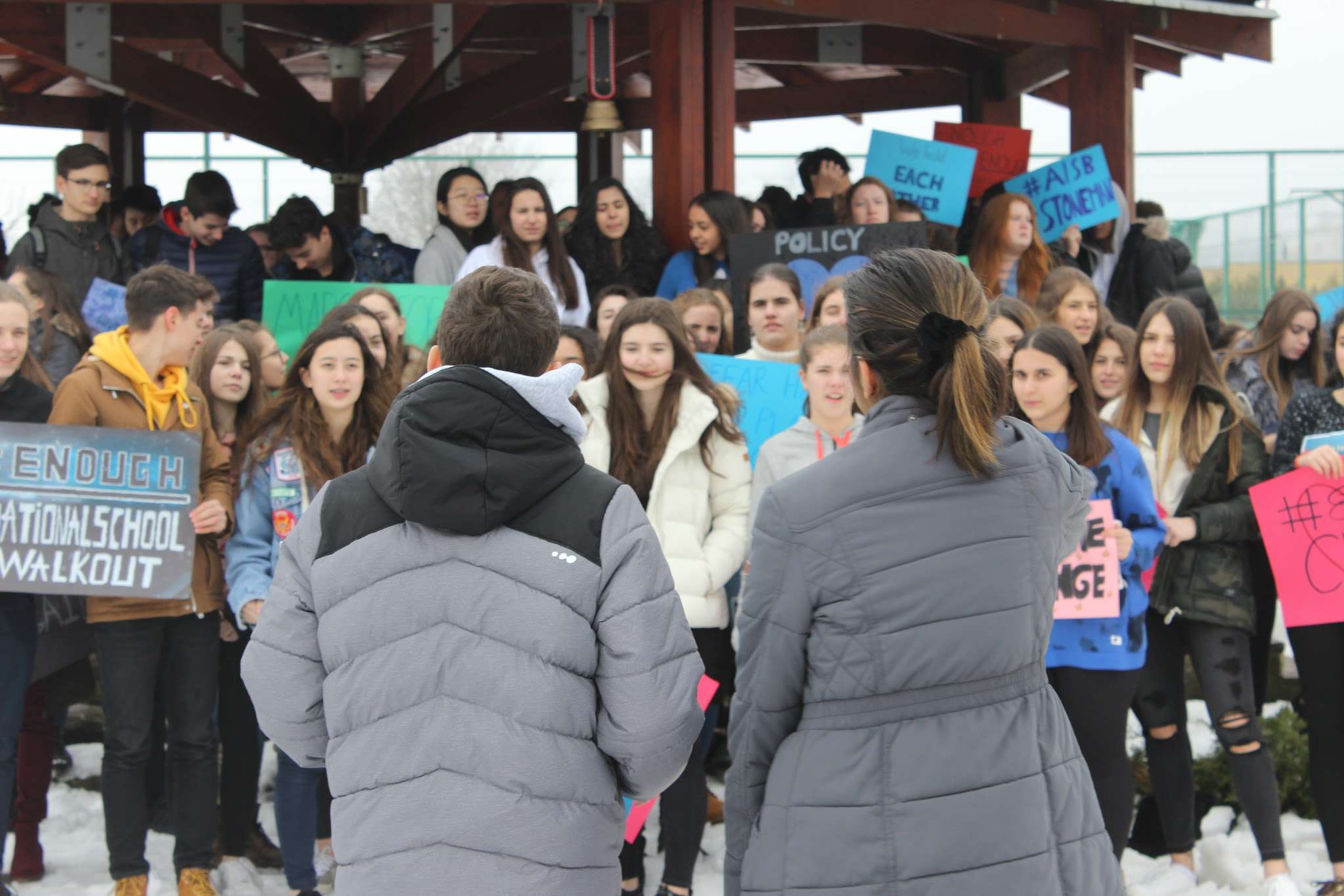 Emma’s words struck a chord among the AISB’s high-school students. Murmurs of appreciation for her courage and strength could be heard before the assembly began; and after the presentation was over, the students were ready to march.

The ground was covered with slush and snow and temperatures hovered around freezing, but the students remained undeterred. Holding handmade signs labelled with powerful messages like “Enact Change,” “Power to the Students,” and “Be the Change,” the high schoolers trudged through the snow to support March for Our Lives. 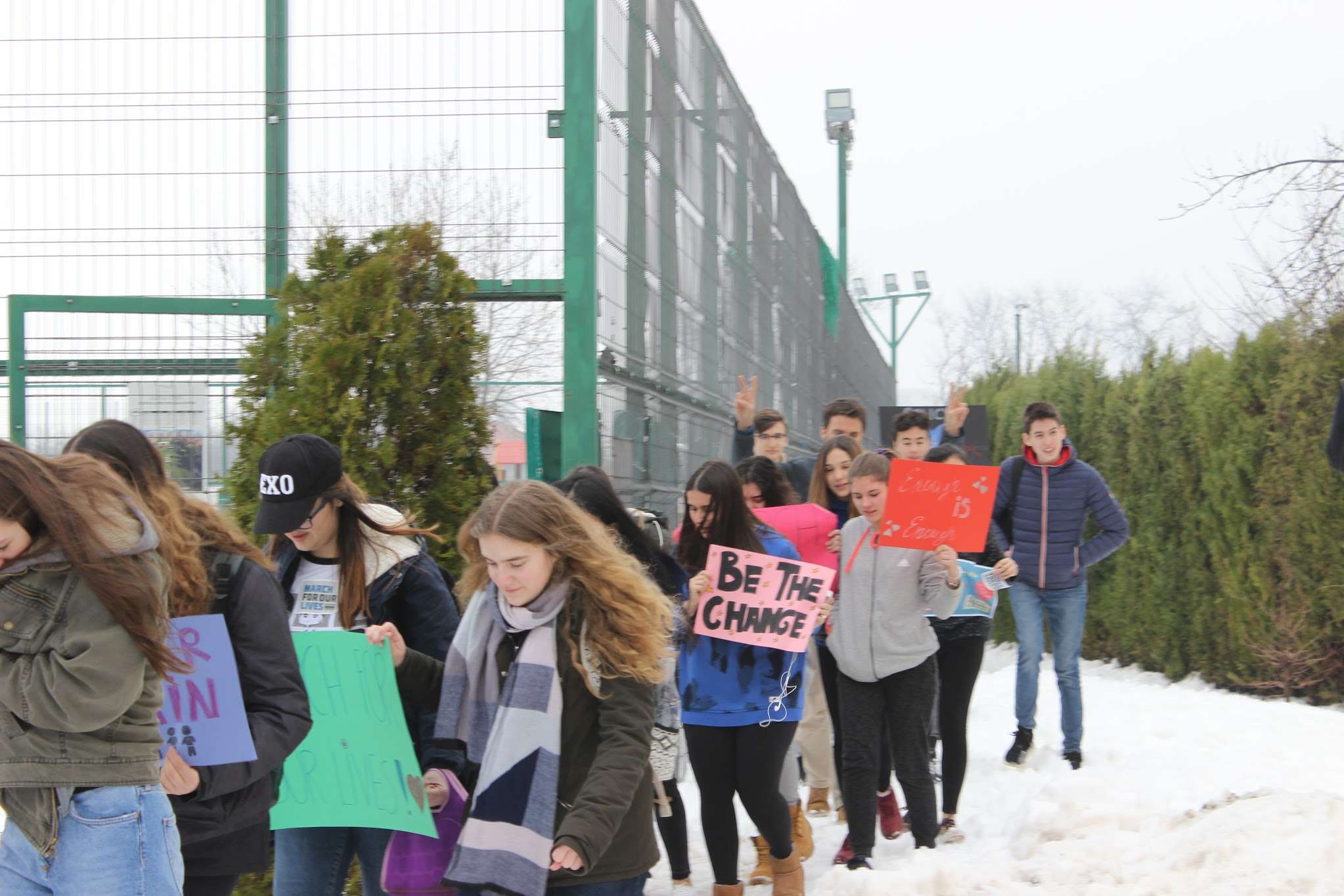 There were more than 815 student-led events that took place for March For Our Lives; and after rallying throughout the streets of Washington, D.C., protestors and survivors of the shootings made speeches about their personal takes on the issue. They talked about racial disproportion, feeling devalued by their government, and their hopes to have a gun-free world. But all in all, both the speakers and the supporters shared one main message: they refused to let the younger generations be silenced. Emotions were channeled through tears and even vomit as protestors took a stand to let the world know that change is mandatory. 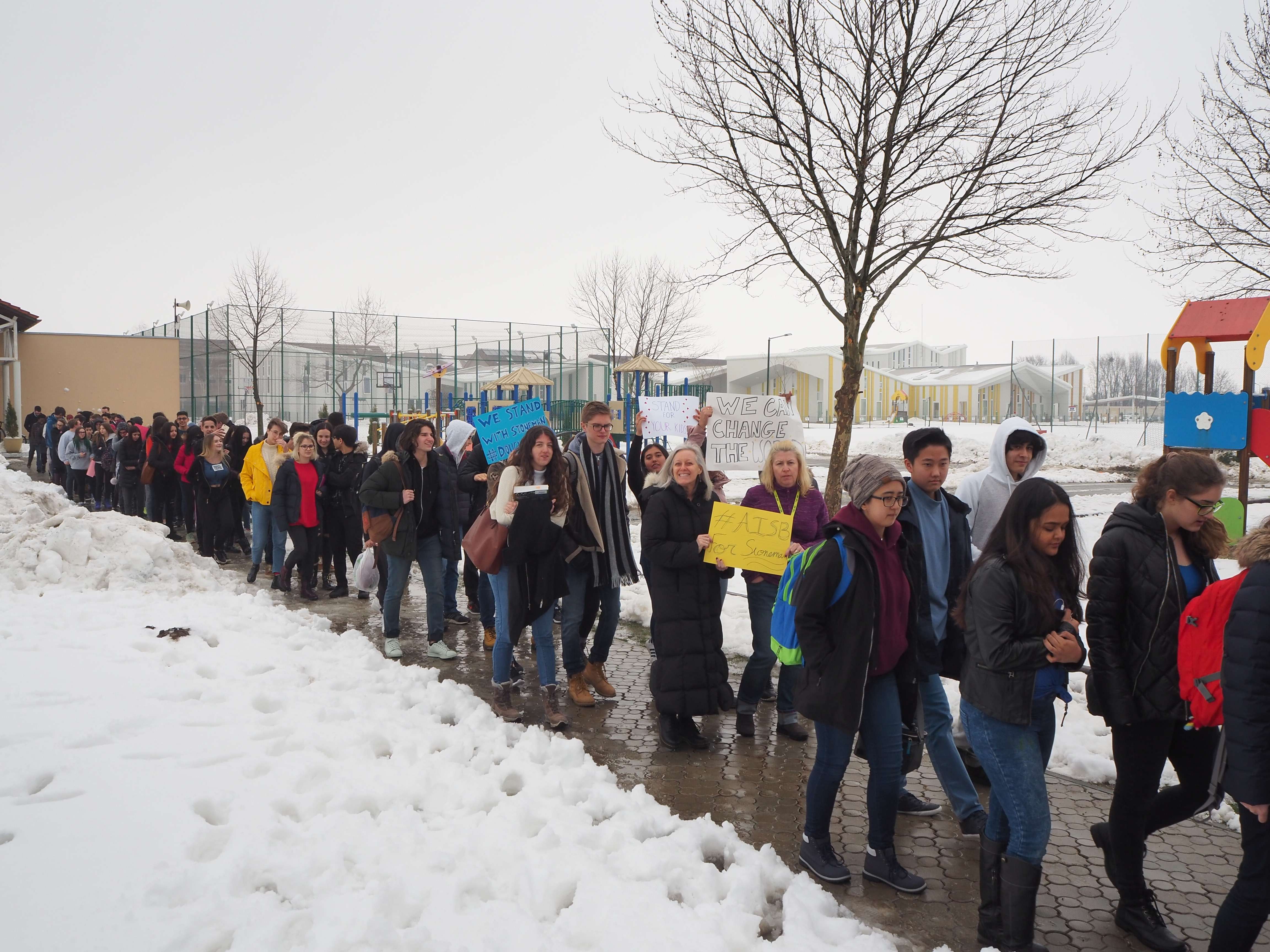 “I think it’s so amazing what teenagers are doing to enact change,” says AISB Journalism Teacher, Jennifer Stevens. “They’re passionate, articulate, and dedicated. I’m happy that my students were able to do their part to support these efforts.”

As part of AISB’s initiative, The Bite started a Twitter page to connect with other students and to hopefully show Stoneman Douglas survivors that they are being supported on a global level. As a result, the international magazine Affinity posted an article about AISB’s contribution just one day after the march.

“The students are over the moon,” says Stevens. “What they did is important, and it’s great how social media can shine a light on these types of things.”

It truly goes to show that unity and togetherness can allow any voice to be heard, no matter how small. AISB, along with hundreds of other schools around the world, strive to show that together, teenagers can and will make a difference.

Going Back to School During a Pandemic: A Look at AISB’s New ‘Adapted Model’