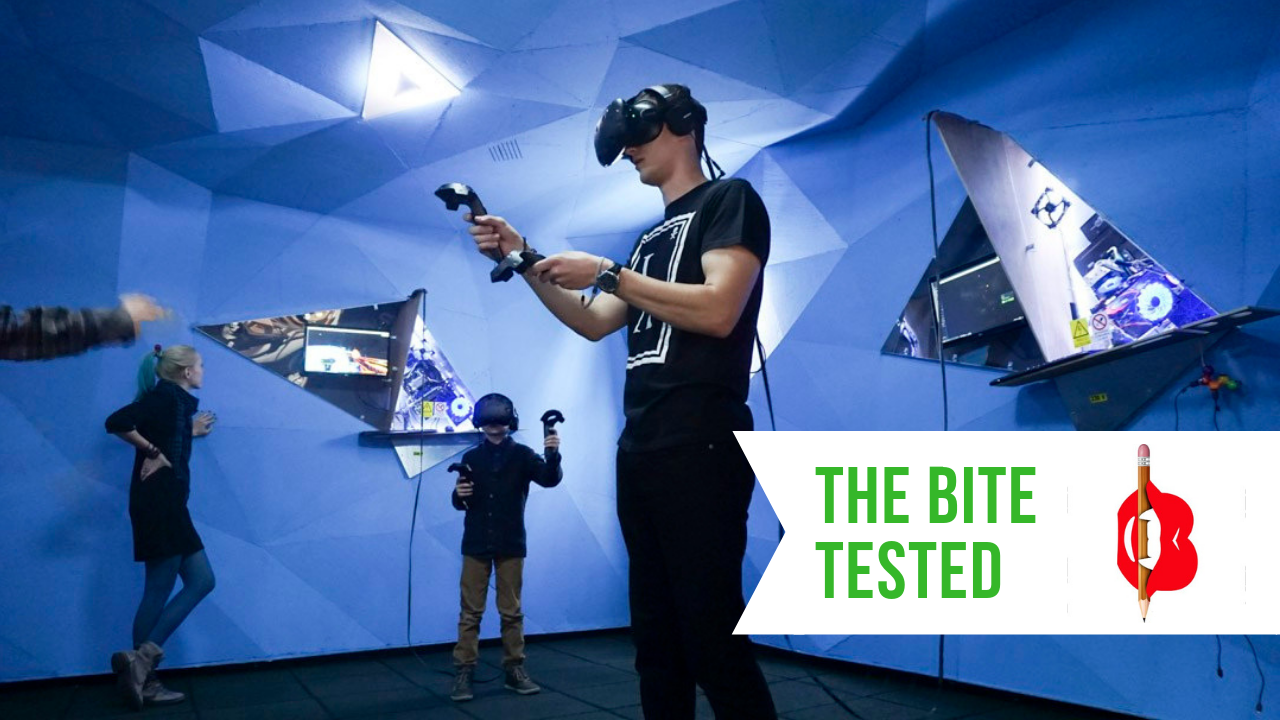 Did you know that there’s a virtual reality studio in Bucharest? Neither did we. To get a firsthand experience, The Bite tested one of the few places in Bucharest: Gateway VR Studio.

A few weeks ago, we found ourselves in front of Gateway with a few friends. The studio is located inside a graffiti-ridden alley called Fabrica Club. The alley turns into a night club after midnight, but no sweat – it’s peaceful during the day. 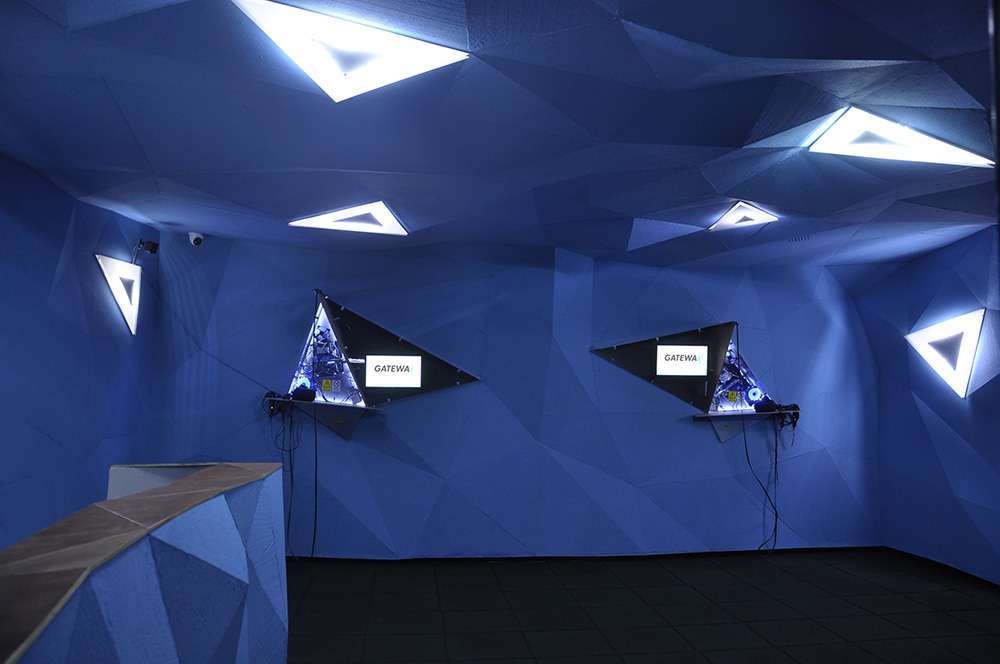 When we went inside the studio, a staff member welcomed us at the counter. The space inside was quite limited; it was even smaller than a regular classroom at our school. The protruding walls and ceiling, as shown above, fit the theme of the studio perfectly. There were three computer stations installed on the walls, and a VR racing simulator placed next to the gate.

As soon as we confirmed our reservation, each of us put on a VR headset and held two wireless controllers. Because it was our first time using the VR gears, we went through a short tutorial on how to use the controls.

Afterwards, we were asked to choose a game from more than 50 options. There were all kinds of single/multiplayer games, including: sports, music, adventure, escape room, puzzle, and horror. Since we struggled to decide, the staff recommended us some easier games to start with. 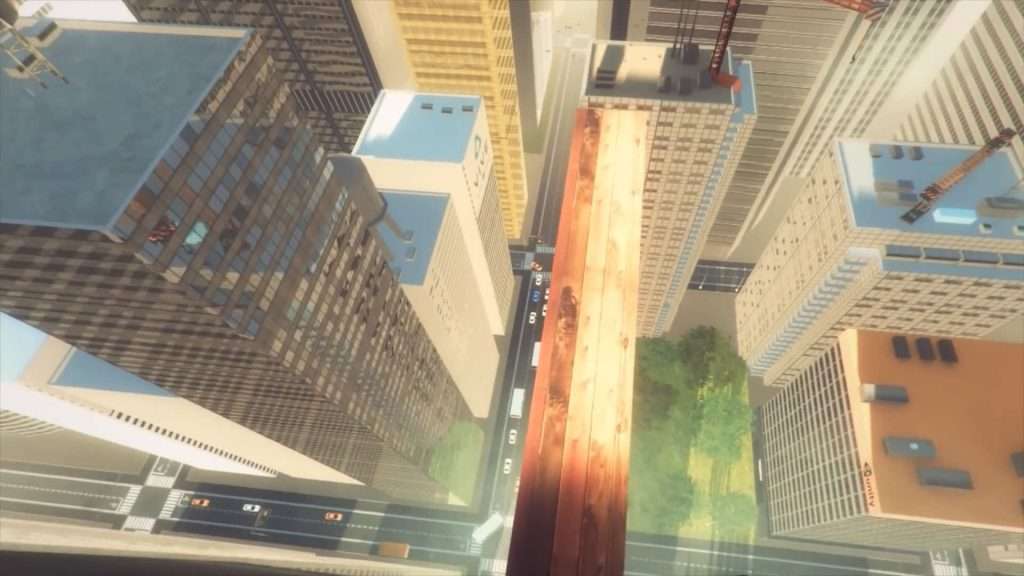 First, we tried “Richie’s Plank” (above), one of the most popular VR games on social media. In the simulation, you need to walk on a wooden plank placed at 160 meters above the ground.

We followed the staff’s instructions to step inside the elevator and push on the ‘plank’ button. Panicking a little as we waited to reach the top floor, everyone began screaming once the door opened and we saw the plank that we had to walk on.

We could hear the wind, and almost feel the chilly atmosphere on our skin. It was unbelievably realistic.

Then, the staff told us to step to the side; basically, to fall. We doubted our hearing at first. But according to him, this was the best part of the experience.

After a few minutes of internal conflict, we fell. And while we can’t remember much from then on (you know, eyes closed and everything), it was scary. 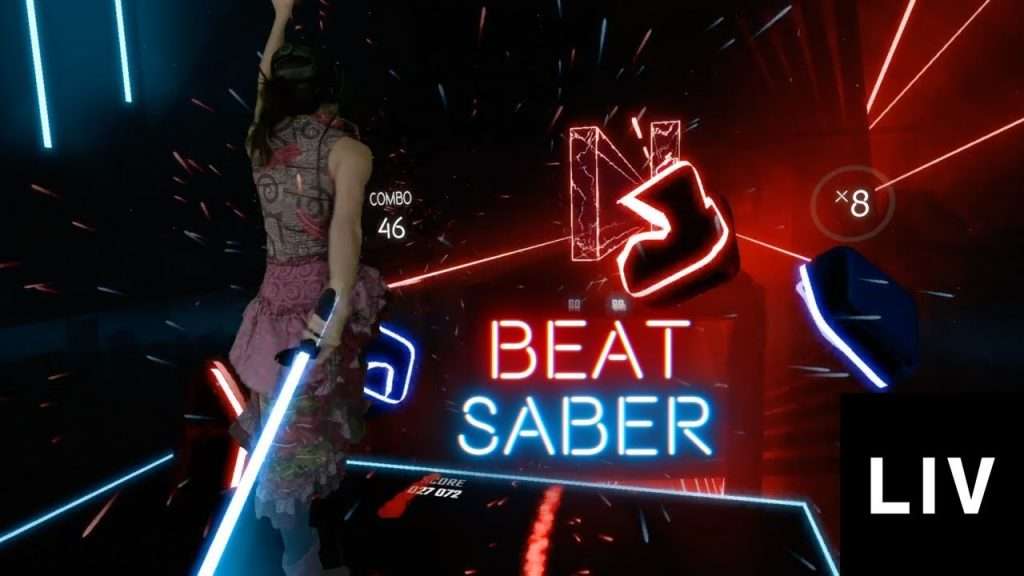 After the fall, we moved onto a rhythm game called Beat Saber (above). You need to choose a song, and use your light-sabers (aka controllers) to slash the blocks flying towards you. The gameplay was incomparable to when playing on a phone screen, because we had to move our entire bodies to dodge and slash the blocks that felt like they were being thrown directly at us. 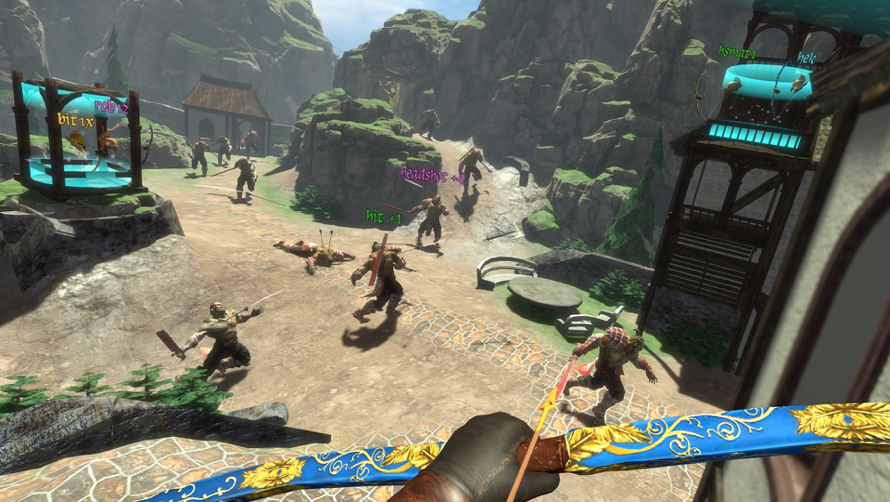 Our last game was called “Elvin Assassin” (above). It was a multiplayer game, so we could see each other moving around and hear each other’s voices. Using bows and arrows, the three of us played as one team to protect our village from intruders. We had to shoot soldiers, giants, and even flying dragons. From time to time, our enemies threw weapons at us, which we had to duck down to avoid them. Dodging was our favorite part; it added so much intensity into the game.

After a few rounds, we played against each other, where one of us (who will remain nameless) leaned against a rock wall, completely forgetting that it’s non-existent in real life. That person fell on the ground with a loud “thump.” Hoping no one had noticed, we heard one of the staff members laugh and say, “I’m sorry, I wish it was real, too.”

After playing a few games, our one-hour session was over in what felt like the blink of an eye. And unfortunately, since there was another group waiting, we couldn’t extend our session.

The Pros:
– Gateway uses high-end VR brands like Oculus Rift and HTC Vive; they are much higher in quality compared to PlayStation VR headsets.
– There are more than 50 game options, and there is a VR racing simulator.
– They will take pictures for you, and give you a 20% discount off your next visit (if you register your email).
– Equipment rentals are available for private parties or events (reservation required).

The Cons:
– At 45 lei for 30 minutes and 75 lei for 1 hour, it’s quite expensive.
– If you live close to the school, it could take between 30 minutes to an hour, depending on what time you go.
– The studio has limited space, so it may be hard to bring more than 2-3 friends.

Overall, we thought it was a fun, memorable experience, and we’d do it again.

*If you’re going with friends, we recommend at least a 1-hour-long session.