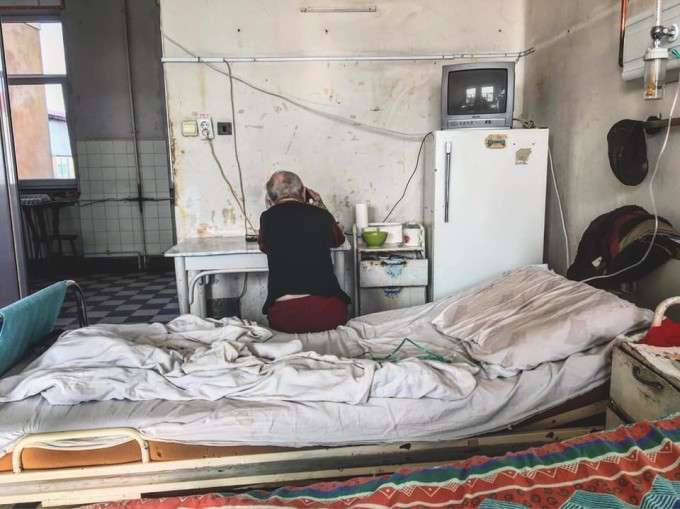 For two years in a row, Romania has occupied last place in the European Health Consumer Index (EHCI). The index analyzes national healthcare for 35 countries, looking at variables such as accessibility (waiting time for treatment), treatment outcomes, range of services offered, preventative care and pharmaceuticals.

Romania has proven to have a weaker medical system than Bulgaria, Albania, Macedonia and Montenegro–all nations with a much lower GDP per capita than Romania.

But perhaps the scariest finding is that Romania is by far the worst European country in terms of disease prevention. “I often see patients who would have had a high chance of survival if the disease were caught earlier,” explains Radiation Oncologist Ana Zamfirescu DeRyder. She says that both private and state hospitals aren’t allocating enough resources and money towards disease prevention. “This is one of the many problems threatening the healthcare system.”

Like most countries, Romania has two types of healthcare systems: private and state. Because the government does not provide any support to private hospitals, they thrive by over-charging patients for consultations, investigations and optional treatments. State services aren’t in good condition, either.

“The [medical] system is almost collapsing right now,” says The National Liberal Party (PNL) Senator Florin Citu. “Money coming from the state budget was used anywhere else but in health. Due to the corrupt managers, uninspired investments were made at much higher prices and lots of money that could have been used to solve threatening medical issues were lost.”

Doctor Marcel Moisa is the manager of “Dr. Panait Sarbu,” one of Romania’s emblematic state hospitals. He took over the hospital in 2010 and worked on improving the facility after a fire accident where five babies were killed.

Despite his efforts, problems still persist–including a recent outbreak of
Staphylococcus Aureus among nine nurses, two doctors, and eleven babies. They were all presumably infected while in the hospital.

Moisa says that, “Medical facilities are old and investments made in them have been very small. The only way to get rid of these infections is to demolish our current facilities and start building new ones.”

Unfortunately, it doesn’t look like this is going to happen any time soon. Shortly after this incident, Mayor of Bucharest, Gabriela Firea, issued a statement saying that, “We have to apologize to the parents,” but also admitting the need for the hospital to reopen as quickly as possible since “many women wait to get in.” She also pointed out that these types of infections often appear because patients aren’t respecting basic hygienic standards.

Citizens rebutted that hospitals should have the equipment and procedures to prevent the spread of pathogens to other patients.

Firea pointed out that “[private hospitals] ask for a lot of money for treatments, but if something goes wrong, they don’t have the capacity of dealing with certain cases. Therefore, they send them to a state hospital, which is obligated to not ask for money.”

But any Romanian citizen will tell you that while technically not permitted to ask for money, staff members at state hospitals have come to expect bribes in exchange for safe, professional medical services.

It is often the case that nurses intentionally move slowly before cash is handed over. This has unfortunately become a much too common practice throughout the country, as salaries are very low compared to other European countries.

One year ago, the government raised salaries among medical staff, hoping to reduce the bribing phenomenon; however, Senator Citu feels “That is not enough.” He says “To avoid this from happening, their mentality has to change and they have to realize that working in a medical facility involves giving your best at all times for all patients and cases, no matter what.”

According to Adevarul, more than 15,700 doctors have left the country since 2007, mostly to other European countries that offer better salaries. And although a new legislation was passed raising the earnings of Romanian medical staff last year, Calin states that “this does not solve our problems because it’s done at the expense of other issues such as investment in equipment, hygiene, innovative treatments, and research.”

Deryder also explains that, “Outside of the bigger cities, doctors are few, as no one wants to work in the poor villages of Romania, where life standards are very low. This is not just happening in the healthcare system; geographic inequality is one the bigger issues facing Romania.”

According to Adevarul.ro, a salary for a job in Bucharest is 60% higher than a salary for the same job in the countryside.

Orthopedic Pediatrician Dr. Petre Neagoe states that some specialists have left the country because of the corrupt system–including himself.

Neagoe used to work at the Marie Curie Hospital in Bucharest. One day, when he was performing a surgery on a patient, he noticed that his tools were missing. Half an hour later, the head nurse told him that the chief of department, Dr. Burnei, took the tools from the operation room. Burnei’s justification was that Petre was only 40 years old and too young to conduct the procedure.

“The foolish reason for why I wasn’t able to perform surgery on that poor girl made me resign the second day and flee the country,” says Neagoe. “There is nothing left to fight here… I can’t betray those children in this way and continue to take orders from such a person.”

Neagoe has been working in France ever since the incident; and Dr. Burnei has since been accused of bribery and conducting unauthorized surgeries on children.

Lack of medicine in pharmacies

Various AISB staff members have had some shocking and very unfortunate experiences with the Romanian healthcare system. English Teacher Selina Parnell couldn’t obtain a vaccine for her baby until months after he was born, causing unnecessary stress on her and her family.

“As we were looking for the MMR vaccine for our son, they were out of vaccines in the country,” Parnell recalls. “I had to call various clinics, individuals doctors, hospitals and pharmacies. After several months of searching, I was able to find a doctor who could provide this vaccine for my baby.”

The Parnell’s experience brings to light another troubling problem: a lack of regulations in both the medical system and when it comes to pharmaceuticals. “In Canada, anything is very regulated,” says Parnell. “However, in Romania my experience has been that this is not always the case. Vaccines can’t be exposed to light. I received a vaccine wrapped in tin foil instead of its original box. Therefore, I didn’t use it because I couldn’t trust that it was effective and valid.”

The shortage of medicine in Romania is a huge issue related to the healthcare system. According to pharmacist Dana Marinescu, “Everything changed with Romania’s entry into the European free market. Since then, the majority of the innovative medicines have been imported in Romania at low prices and re-exported… at high prices, leaving the population of Romania untreated.”

How do we fix this broken system?

Unfortunately, there’s no quick solution. A fundamental reform that takes all aspects into consideration (most importantly finance and control) is the only option to give Romania’s healthcare industry a clean start. And in order to encourage skilled doctors to stay and work in the country, the government must offer them better wages and working conditions.

With a presidential election looming in November, we can only hope that change is coming.

*All interviews were conducted in Romanian. We translated them to English with the permission of those on record.