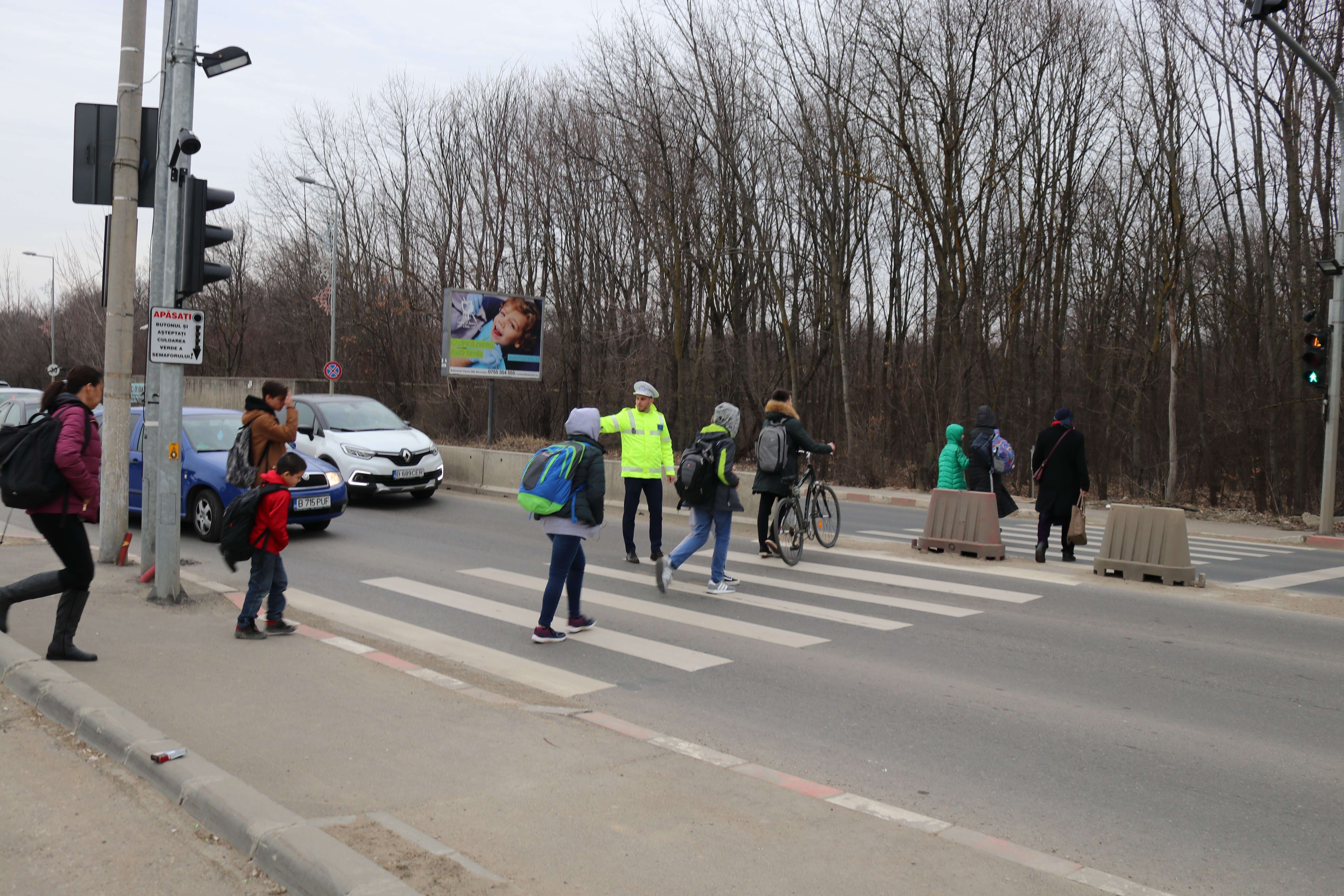 On Wednesday, February 5th, at approximately 18:00, a fifth grader from AISB was hit by a car that went through the red light on the crosswalk in front of the school. The guards quickly intervened to help the victim and call the police and an ambulance.

Dawn Kovacs, the victim’s mom and AISB’s PTO President recalls: “My daughter and my son had green to go. My son was with his bike and he was a few steps behind my daughter. The car that hit her went through the red light.”

Kovacs says that physically, her daughter is okay–that “she’s just wearing a cast and is using crutches.” But, “emotionally, I think it is to be determined. This is something that may come up later or day by day. She’s been a little bit sad at school in terms of not participating, dancing, but that’s a small price to pay for just an injury to the foot, wearing a cast.”

This is the second pedestrian accident that’s occurred in front of the school in the past year. In March 2018, a parent was hit by a car at the same crosswalk.

Problems began when the division of the road went from a single lane to a dual lane, becoming a main street into town as opposed to a provincial road. AISB Director, Dr. Robert Brindley says that “this made the whole dynamic change.” He’s since requested concrete bars on the road to stop parents from turning into traffic; they installed a crosswalk and then requested lights. They’ve called in complaints of speeding cars and implemented small speed bumps, but it did not deter. “We then asked the city to establish speed limits on this road. Right now the speed limit is 50 km while usually on pedestrian crossings outside school is 30 km.”

After the most recent accident, the school reminded students to be extremely careful when crossing the street and to use the Pipera elevated crossing path whenever possible. However, that bridge cannot be used during winter due to its icy conditions. According to Brindley, “the school actually said to the Voluntari leadership that we will look after the bridge and we will put salt to melt the ice; however, they said we can’t do that because it is an insurance liability issue. Furthermore, people with strollers can’t cross the bridge. I admit that the bridge is useful, but there is still a problem with another smaller street students have to cross after they get off the bridge.”

Despite the many obstacles, Brindley is still optimistic that progress is being made–especially after a meeting with Voluntari, Bucharest, the police, and the American Embassy two weeks ago. “The city agreed with our suggestions,” he says, “and Voluntari agreed to put a police officer out there every day during the major drop off times.” They also recognized the need for mobile speed traps and implementing speed bumps.

There is no clear timeline for when we can expect to see speed bumps or cameras, and Brindley doesn’t expect immediate action, “as we’ve been promised this before.” Kovacs urges everyone to speak up. “This crosswalk is not only a problem for our school but is also a problem for the area. Soon, there will be another school down the road.”

A Preview Of AISB’s Fall Production: The 39 Steps