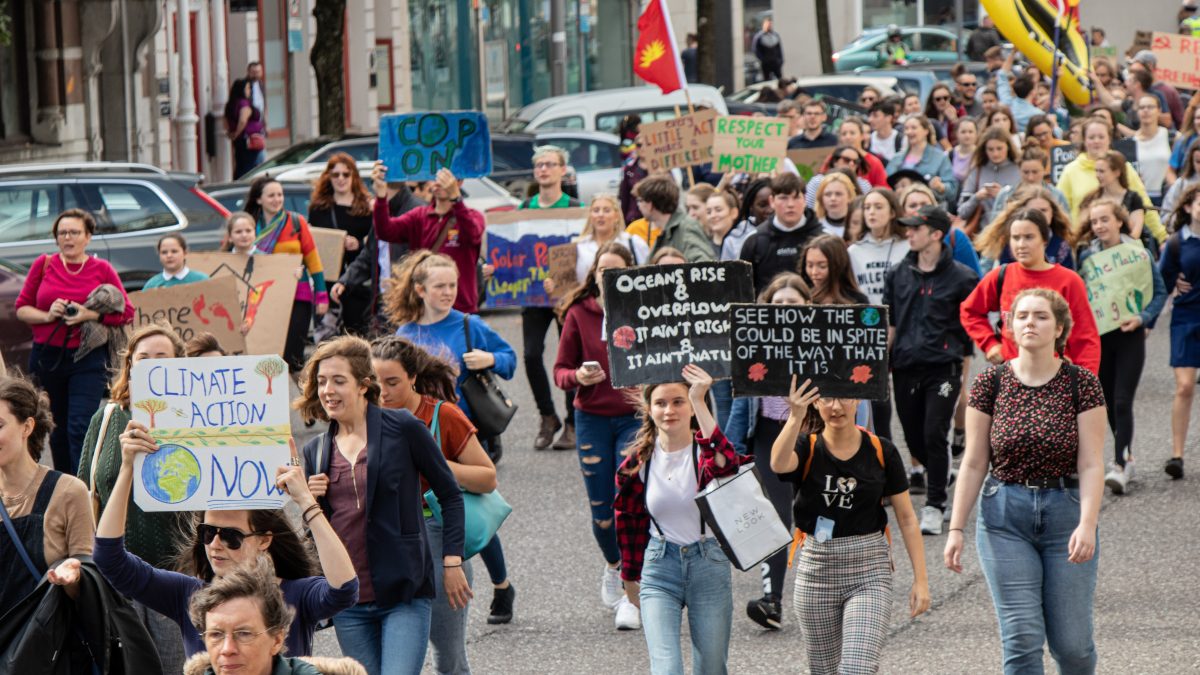 Have you heard about the recent school climate strikes through the news, Twitter, or Instagram? In the last month alone, 1.6 million students around the world have participated in Friday demonstrations instead of attending school, demanding government action on climate change.

This movement was started by Greta Thunberg, a sixteen-year-old student who sat outside the Swedish parliament every Friday to call for the reduction of carbon emissions.

Since the beginning of the “Fridays for Future” movement in August 2018, hundreds of thousands of students across all continents have left their classrooms and joined the climate march. At the same time, some people have been claiming that it “promotes truancy,” and that students should be back at school.

Greta responds to this in an interview with the Guardian: “They are desperately trying to change the subject whenever the school strikes come up. They know they can’t win this fight because they haven’t done anything.”

With worsening climate destruction, students are choosing to put their grades at stake to fight for their own future. Many see this as an act of defiance, as they feel it is pointless to study when their future is being torn down in front of their eyes. “Some people say that we are fighting for our future. But that is not true […] We are fighting for everyone’s future,” says Greta.

There is evidence that proves that the climate in Romania is changing. In 2005, Romania was hit by a massive flood that resulted in 31 deaths. Two years later, the country experienced the most severe drought in the last 60 years, and recorded the highest average temperature in past two decades.

Meanwhile, Romania is a signatory of the Kyoto Protocol, an international treaty that aims to reduce greenhouse gas emissions. The country is also a member of the EU, who have set targets to generate 20% of their energy from renewables sources. As a result, the CO2 emission per capita has been on a constant decrease since 1997, with 3.98 metric tons in 2019.

Although this shows that Romania has been investing some efforts to tackle climate change, the reduction rate is minimal and the EU remains far from achieving their 2020 target.

The student-led Eco Council has taken many actions to minimize our school’s environmental impact in the past year.

A few months ago, AISB adopted the Environmental Policy which addresses its objectives regarding the management of plastic, food, and paper waste – as well as the promotion of environment-related programs at the school.

AISB has also become more energy conscious; for example, most of the traditional incandescent lighting in the secondary building have been replaced with more energy-efficient LED light bulbs.

The new Early Learning Center also runs solely on solar panels. Eco Council leader Marion Siekierski explains, “This system generates energy for the entire ELC building, but also for the other buildings if they have access to the ‘grid’ (photovoltaic panels).”

Siekierski is overall satisfied with the progress that our school has made in the past years, and notes particular admiration for the new Environmental Systems and Societies (ESS DP . “I’m happy that the school is running the environmental systems and societies (ESS) DP science course. It just started this year, and I think it is running in the right direction.”

To move forward, Siekierski believes the school should further strengthen the environmental curriculum that looks at ways and mechanisms we can deal with climate change as members of society.

What will you do to stop climate change? Share your ideas in the comments below.

Back to Normal? A Q&A with Romanian public school students about returning to campus