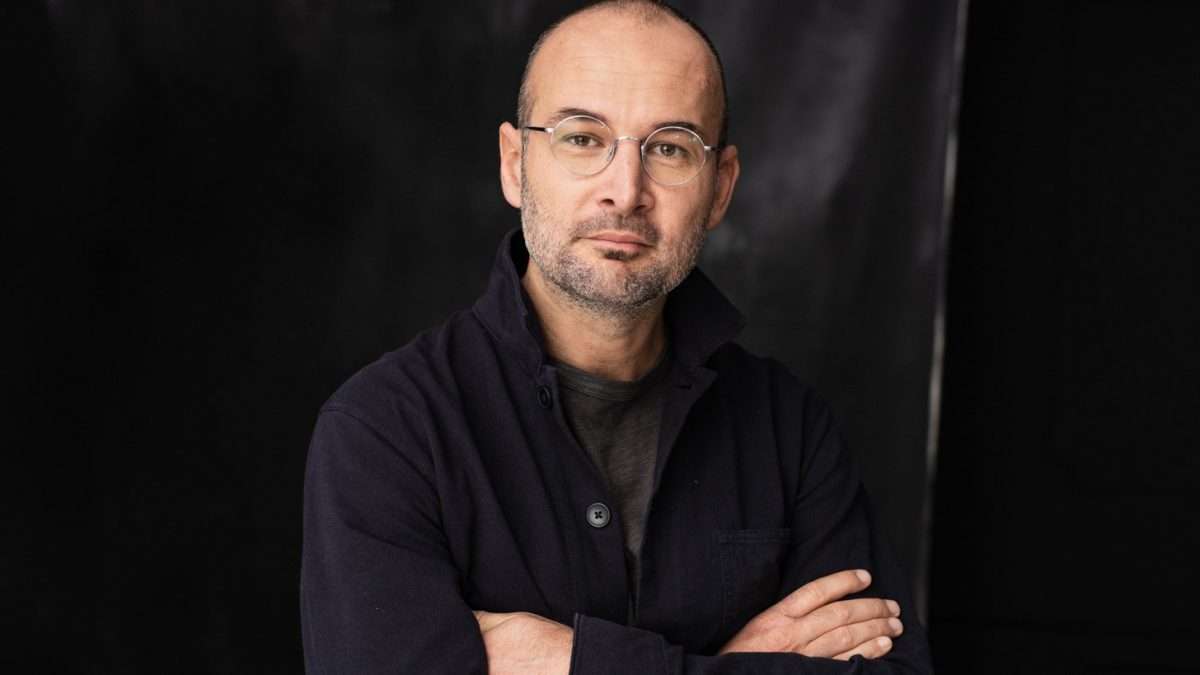 In November 2015, more than 25,000 protesters flooded Bucharest’s streets—the largest demonstration since the fall of communism in 1989. “Corruption kills!” they shouted. “Health for all, not just the rich!” “Reset Romania!”

Their words echoed throughout Piața Victoriei, full of pain, grieving for the 27 people killed in the Colectiv nightclub fire, and the 38 others who died afterwards—the result of an ill-functioning medical system full of corruption.

Romanian filmmaker Alexander Nanau was witnessing these protests first-hand when he decided to document what was happening—which inevitably became the movie Collective, currently representing Romania in the Oscar race for Best Documentary and Best International Feature Film.

What unraveled became a heart-wrenching story of the victims, their families, and the journalists who uncovered the greed and lies permeating the country’s political and medical systems. Collective is relentless in its pursuit for truth and highly compelling as a result of its direct cinema approach.

In an interview with The Bite, Nanau explains that he wasn’t sure he had a story when he began filming, but wanted to depict the relationship between power and citizens in a young democracy. What initially caught his attention were the protests, but when a team of journalists from a sports gazette began investigating the corruption, Nanau reached out. “What you see is the condensation of what I had to learn,” he says.

Romania’s healthcare is known to be precarious. The government allocates only 5.6% of its GDP to the medical sector, ranking lowest in Europe. But what journalist Cătălin Tolontan and his team discovered signals a deeper issue than the lack of funding: for 10 years, Romanian hospitals had been using diluted disinfectants.

These disinfectants were used to treat the burn victims in 2016, and were sold with a misleading label, claiming to have a concentration up to ten times higher than what it actually was. The government had given out uncorroborated authorizations to the company in question, Hexi Pharma.

When the situation escalated, former Minister of Health Patriciu Cadariu resigned. He was soon replaced by Vlad Voiculescu, an economist renowned for his social initiatives such as reteaua.ro and MagiCamp. Voiculescu offered Nanau unprecedented access and an idealistic perspective to Collective, one of a person with a strong moral compass who gradually lost hope and accepted the system as “rotten.”

What the investigation also uncovers is that only one hospital in Romania was properly equipped to handle burn victims, which resulted in overcrowding of patients. Families tried to fly their loved ones to proper burn units abroad, but were hindered from doing so by health authorities and doctors.

Through the lens of his camera, Nanau saw a particularly distressing clip, provided by Camelia Roiu, former nurse at the hospital. Maggots were moving on an unconscious man’s body after not being washed for an extended period of time. The victim, along with many others, died soon after that clip was broadcasted on the news.

“Over 90% of hospital managers are incompetent assholes put there by political parties in order to steal funds. That’s the truth. Until we name it, it won’t change.” —Alexander Nanau

The Power of Journalism

Collective does an incredible job at pointing out societal issues, but also the importance of journalists and unbiased news—something that has been lacking in Romania. The issues portrayed in the documentary are ones that traditional outlets shied away from, but were tackled head-on by sports writers at Gazeta Sporturilor.

In an interview with Medium.com, Collective lead reporter Cătălin Tolontan talks about the importance of “reality” when it comes to informing the public. He, along with several other journalists, “didn’t let partisan lines cloud their judgement or reporting,” according to Nanau. They served as models of what journalism should and could be.

This type of investigative reporting comes with risks—risks that Nanau and the journalists had to take into account when they filmed the movie. Nanau explains that they were followed and surveilled by the Secret Service, and had to take special care of the footage, storing it in “many unknown places.”

But for them, telling the truth was the most important thing, so threats didn’t stop production.

“We didn’t have time to think if we were actually in danger or not,” says Nanau.

The Power’s in our Hands

As Nanau states, “The healthcare system hasn’t changed at all since communist times.” Even after people marched for justice and demanded reform, “the medical staff haven’t stopped taking bribes even though their salaries have increased.” As Nanau points out, “They don’t seem to want to stop stealing all the public funds from hospitals,” which makes us, as citizens, grow more and more despondent.

Nanau thinks the majority of doctors and hospital managers are to blame, but argues that the Romanian society is led by a mindset that doesn’t belong to the younger generation. It’s up to them to be the change this country so desperately needs, starting with exercising their right to vote when they reach the legal age to do so.

“You can’t expect Romania to suddenly have competent people wanting to serve the citizens, especially when only 30% of our population voted in the last elections from December 2020,” says Nanau. According to mediafax.ro, this was the lowest voter turnout in the country in over a decade. “It feels like we live in a country where we are just imposed with an administration,” he points out.

Much of Nanau’s views come from living abroad—a decision his parents made shortly after the 1989 revolution. Growing up in Germany allowed him to see government function in a completely different way; and when he moved back to Romania in 2015, he was disheartened to see not much had changed—especially where voting is concerned. “People always say there’s no reason to vote because the same ones come back in power, but I think that’s very wrong,” he points out.

Having the fifth largest immigrant population in the world, Romania’s future is uncertain. Taking this into account, Nanau says he doesn’t know how meaningful change can be implemented, but when it comes to pursuing a higher education, he admits that it’s probably best to do so outside Romania, if people have the option. “Most universities have outdated approaches to learning, but you can come back here once you’re a professional,” he says.

And Nanau hopes people will. “It’s up to this younger generation to force the older to give up power and bad habits,” he says. They need to fight to make Romania more just and encourage transparency amongst governmental institutions. They can’t do that if they’re not here.

Looking forward: What an Oscar could mean for Nanau and for Romania

To Nanau, an Oscar nomination is so much more than recognition for his film. It would mean visibility—to bring attention to the horrific corruption that exists not only in Romania, but the rest of the world.

“An Oscar win would remind everybody that these people have been killed by incompetence and that cannot just be forgotten.”

Nanau reminds us that even more than five years after the fire, nobody has been held accountable. “The people responsible are still in power.” In fact, the former mayor of the district where the Colectiv nightclub was located, is currently serving in office in the fifth district—having been reelected even after not serving his 8+ year prison sentence.

Additionally, if another fire similar to the one at Colectiv were to happen today, burn victims would still not get the appropriate treatment because no hospitals have been built.

As the 93rd Academy Awards ceremony approaches, Collective is garnering high praise. And while Nanau is flattered, he points out that the most valuable thing one can take away from this film is our individual ability to enact change. After all, “it takes one person to change society.”

Thank you to Alex for the wonderful interview and for taking so much time to talk to an eager journalism student. As a hopeful Romanian, I feel inspired to make change and I know we’ll find the power to implement it, too.

If you haven’t watched Collective yet, we strongly encourage you to do so. It’s available on HBO Go as well as Amazon.