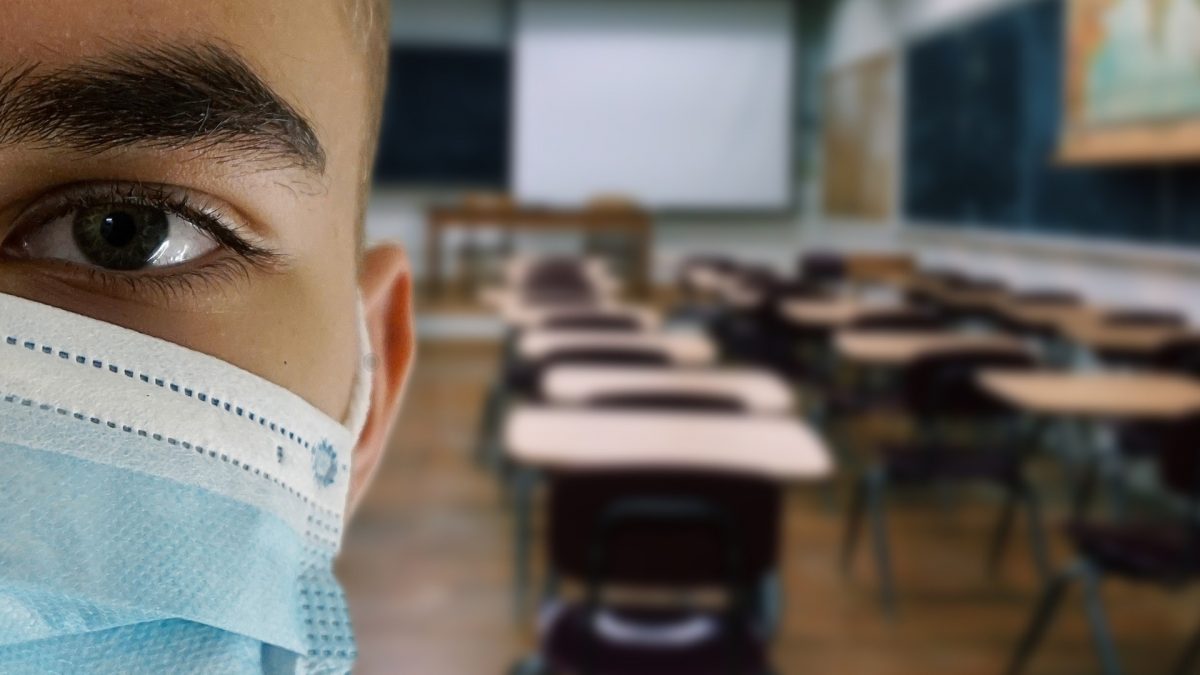 Image by Alexandra_Koch from Pixabay

Starting from the 11th of March, nearly 7,200 Romanian public schools were closed due to COVID-19, with a virtually unknown reopening date. Ever since, safety measures have been progressively taken to facilitate students when they’ll return. However, with little-to-no use of technology within the framework of Romanian state education, all forms of learning have mostly been postponed.

Romanian state schools are free-tuition institutions where students get limited access to technology. Everything is pen on paper. Schools that do have some access to technology only feature it in classes called “Informatică” (IT). In the most recent update from the Ministry of Education, no solution regarding students without stable internet connections was even mentioned.

So, on the 9th of March, when it was announced that the schools were closing, neither the teachers nor the students knew what would happen next. Raluca Z, a sophomore at Liceul Teoretic Alexandru Ioan Cuza shares her experience in those few days before students were sent home:

“I remember, when the quarantine was announced, how the population suddenly divided into, mostly, two big parties. The first category were the people freaking out from the under 50 reported active cases in our country. The second category were the people who weren’t buying it, people who thought everyone was exaggerating by taking such extreme measures at such an early point. These two combined triggered an overall state of panic, agitation and all sorts of debates between the students and their professors regarding how things are going to evolve, and the possibility of future hasty decisions.”

Distance learning is not a well-practiced concept because of the lack of experience students and teachers have with technology. In fact, most students in grades 9-12 only take the most important classes online, which are Romanian and Mathematics.

“At first, I believe we can all agree that online classes were challenging to adapt to, for both students and professors,” says Raluca. “One of the challenges that our teachers had to deal with and accept in the end was that there was little guarantee that their students would complete their assignments properly, or honestly. Regardless, three weeks of online classes and social distancing has been enough to walk us through the process.”

Teachers who don’t feel comfortable teaching online also aren’t really obliged to. Teachers are given full control of the schedule, and students take classes whenever the teachers want. “The schedule is incredibly hectic,” Raluca shares. In some high schools, such as Colegiul Național Victor Babeș, students have not had proper classes since the beginning of quarantine.

The Student Committee in Constanța reported that only 60-65% of students studied online. Many students just receive loads of homework with no true due date. Mostly, they are told to “go through the manuals.” This approach, naturally, promotes the idea that this time is a mini-vacation.

How has the curriculum changed?

Romanian state curriculum differs greatly from the IB (which isn’t offered at any public state schools). The school year spans from the beginning of September and ends at the beginning of June. Students in grades 8 and 12 undertake the most important exams, Evaluarea Națională and the Baccalaureate (BAC).

These exams are held close to the end of the school years and are vital for students, who spend essentially 3-4 years preparing for them. With this in mind, the Ministry had to make the difficult choice of either postpone the exams or to go through with them.

Reasonably, most students were concerned about the possibility of the school year being frozen. Only recently did the Romanian Ministry of Research and Education release a formal statement, along with current president Claus Iohannis, about the state of education in Romania.

On Monday, the 27th of April, it was declared that kindergartens, schools, and universities will not reopen in the current school year. The only exception? The students in their last studying years, who will have to come back to school between the 2nd and 12th of June, in small numbers of maximum ten, to be prepared for their final exams.

Matei D, a senior at Liceul Teoretic CA Rosetti, states that teachers merely give them previous baccalaureate test subjects for them to go through at home, and any questions are asked on a class WhatsApp group. The class also gets small projects to do so that they will have material to be graded on when they return to school, so they can continue focusing on the exam.

Students who are undergoing exams are encouraged to tune in to PROGRAM TELEȘCOALA, where they can keep in touch with teachers that can help prepare them for the exams. Somewhat similar to tutoring, but on television, this initiative can be of great use for students who don’t have the ability to communicate via online platforms but do own TVs.

The Ministry did start two initiatives, #ÎmiPASĂ (I CARE), and #ȘcoaladeACASĂ (School from HOME), and are working to further promote online learning. However, the process is slow and difficult, especially in communities where distance learning platforms are not easily accessed.

It’s no secret that Romania’s public education system is underfunded and poorly managed. In rural areas, schools are either over capacitated, or not even frequented. In fact, schools are shuttering, especially in rural areas. Under poor management and conditions, whichever schools are frequented in rural areas often only have grades 1-8, with classes taught by only one or two teachers.

In communities where learning at home is difficult at best, there may be some hope left. To combat the lack of access to technology in rural areas, the Minister of Education and Research, Monica Anisie, along with USAMV, has provided 500 tablets with paid internet subscriptions for underprivileged students.

Still, with almost half of Romanian schools placed in rural areas, it’s impossible to think that this number will suffice. The issue of when and who benefits from direct aid is also at hand, as it’s still unclear which students will receive help. Organizations are currently more concerned with delivering basic aliments and relief to rural areas than laptops, for now.

There is a logical concern regarding how schools that didn’t previously meet safety and sanitation standards will open again. In fact, according to Parliament Liberal Raluca Turcan, the Ministry of Education and Research remains one of the most underfunded ministries in Romania, to date.

“The billion ron fund cut by PSD-ALDE (Liberal and Democratic Coalition) from the Education (Ministry of Education and Research) a month before starting the school year sends a cynical message: We don’t care about what goes on with our education system!”
–Raluca Turcan, posted on her Facebook page.

This raises the question: How hard will the Romanian public system be hit by this pandemic? Students who were undergoing the baccalaureate now have to prepare for even more stressful conditions in June. Parents who are essential workers are struggling to homeschool their kids in the little time they receive.

There are many unsatisfied parents and students who are calling for a postponement of the baccalaureate, and a synthesis of the grades from previous semesters. However, there are many high schools which cannot create that average due to the lack of grades in general, which is probably why this option has been ruled out.

The impacts of this change

For students who attend public school, this pandemic is more than bothersome Zoom notifications, or unread emails. It’s a whole new learning experience, which still hasn’t been properly set up. “Vocea Părinților” (The Voice of Parents) founder, Oana Moraru, has criticized the disorganized efforts in getting students to study online, citing a lack of grades and unmarked absences as real issues.

Raluca P, a sophomore at Colegiul National Mihai Viteazu, shares her personal experience with social distancing: “Honestly, handling social distance for me is awful because I’m the kind of person who hates to be alone, and besides that, when you have online classes with teachers that have no idea how to use an app for video calls and you have to stay there for a couple of minutes with your classmates watching your teacher trying to write something on a virtual whiteboard, you know that this quarantine will make you go crazy at some point.“

In times like these, access to internet and technology, as well as having teachers who are responsive and have a genuine interest in teaching is an immense privilege. Being more tempted than ever to “slack off” during quarantine, it’s vital for schools to keep an organized schedule, which most Romanian state schools just don’t have.

Online learning will continue for Romanian public schools until June 12th, with exceptions for 8th grade and 12th grade students, who will be permitted to return to school between June 2nd and 12th to prepare for the national exams. So far, there has been no indication that school won’t start back up on September 14th.

The Bite urges everyone to try to spread kindness, help out in any way they can, and stay well-informed in these difficult times.