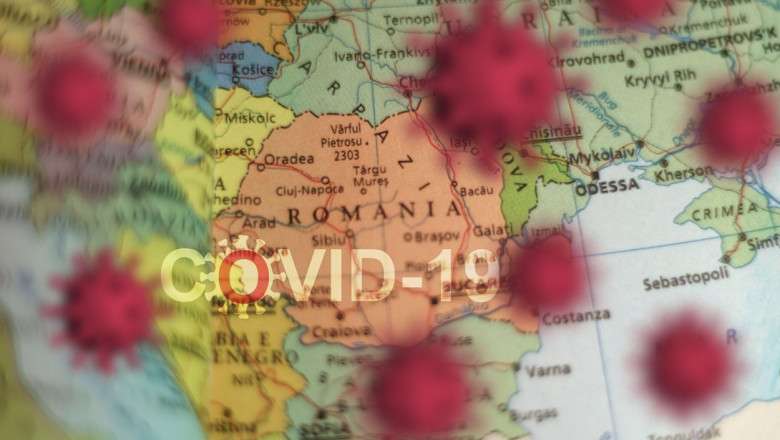 Romania’s reported Covid-19 cases have doubled over the last week. This comes after the reopening of public schools and the introduction of the Delta variant within the country—a country with the second lowest vaccination rate in the European Union.

This is troubling to medical experts, who fear that Romanians’ mistrust of the vaccine will cause overcrowded hospitals and unnecessary deaths.

Director of the Infectious Diseases Hospital of Constanța, Stela Halichidis, says that unfortunately, “many won’t consider the vaccine a cure to the pandemic, or consider the disastrous effects of this current wave, until they lose people close to them.”

Romania actually started its vaccination program very successfully. But after just a few short months, people stopped getting jabs, and the rate plateaued. Only 31% of Romania’s eligible population have been inoculated—compared to Europe’s average of 70%.

“The low rate of vaccination is due to the population’s lack of trust in the efficacy and safety of the substance,” says Halichidis. She explains that much of this hesitancy is due to “the spread of hoaxes.”

There has been a strong anti-vaccine movement on social media, which has led to misinformation and distrust. Many experts agree that this type of “fake news” has a higher impact in rural areas, and Romania’s rural population is the largest in the EU, at around 46%.

But perhaps the most concerning source of anti-vaxx messaging is coming from the Romanian Orthodox Church. In the European Association of Health Law’s June newsletter, Cosmin Tarnovetchi used these statistics to explain this connection to colleagues: Approximately 92% of Romania’s population identifies as religious, and 86% declare themselves Orthodox, according to the last census (taken more than 10 years ago).

He pointed out that the Romanian Orthodox Church hasn’t been too supportive of the vaccination campaign, and typed, “Actually, some of its bishops and influential priests have sent mixed messages, questioning the reality of the pandemic and the need to get vaccinated.”

Because of these factors, Halichidis thinks local vaccination rates won’t reach European Standards any time soon, as “other countries have a more disciplined population that only listens to the authorities.”

A Lack of Education may be to Blame

As stated earlier, almost half of Romania’s population lives in the countryside. And in these areas, education is often a struggle, as many students end up quitting school to help support their families by working.

Dr. Iulian Zaifu, former coordinator of the Tulcea Vaccination Center, says, “The absence of sanitary education in the Romanian school program, together with a high lack of knowledge about the situation made us more vulnerable to fake news and disinformation.”

He also adds that communication has been an issue, as people aren’t properly understanding the science, and therefore, the safety and efficacy of the vaccines. “The Romanian vaccination campaign was very well organized, but communication failed at some points, as there weren’t many doctors or authorities implicated,” he adds.

Romania wasn’t prepared for the pandemic, both in terms of education and medical resources. Add to the fact that a large part of the population is heavily influenced by misinformation and skeptical political and religious leaders, and we find ourselves in a concerning situation.

“If not vaccinated soon, Romania’s population will naturally reach an average level of immunization through a rise in cases due to a new wave,” says Zaifu, “therefore facing severe consequences between some individuals.”

Romania is selling its vaccines

With vaccination at a standstill, Romania recently sold 700,000 Pfizer doses to Ireland. And before that, 1.1 million doses to Denmark.

Our sources comment that there was a lot of effort put into the immunization campaign in Romania. Neither fault the government, but point to the irresponsible spread of misinformation and disinformation, which has created fear among citizens.

The fact is that numbers are climbing and not enough people are being vaccinated. Hospitals are reaching capacity, and on Wednesday, Reuters reported that Romania only had 32 intensive care beds available in the entire country.

“If people don’t choose to immunize themselves now, they will be more vulnerable to infecting their close relatives and putting them at high risk,” says Halichidis. And, unfortunately, some may not be able to get the help they need.

To end on a positive note, Romania now has its first fact-checking website, run by a variety of experts in public policy, government, and communication fields. Check out Factual.ro for clarity on coronavirus messaging, and to support factual information.

*Interviews were conducted in Romanian and translated to English, with permission.

It's Banned Books Week at AISB: Here's everything you need to know