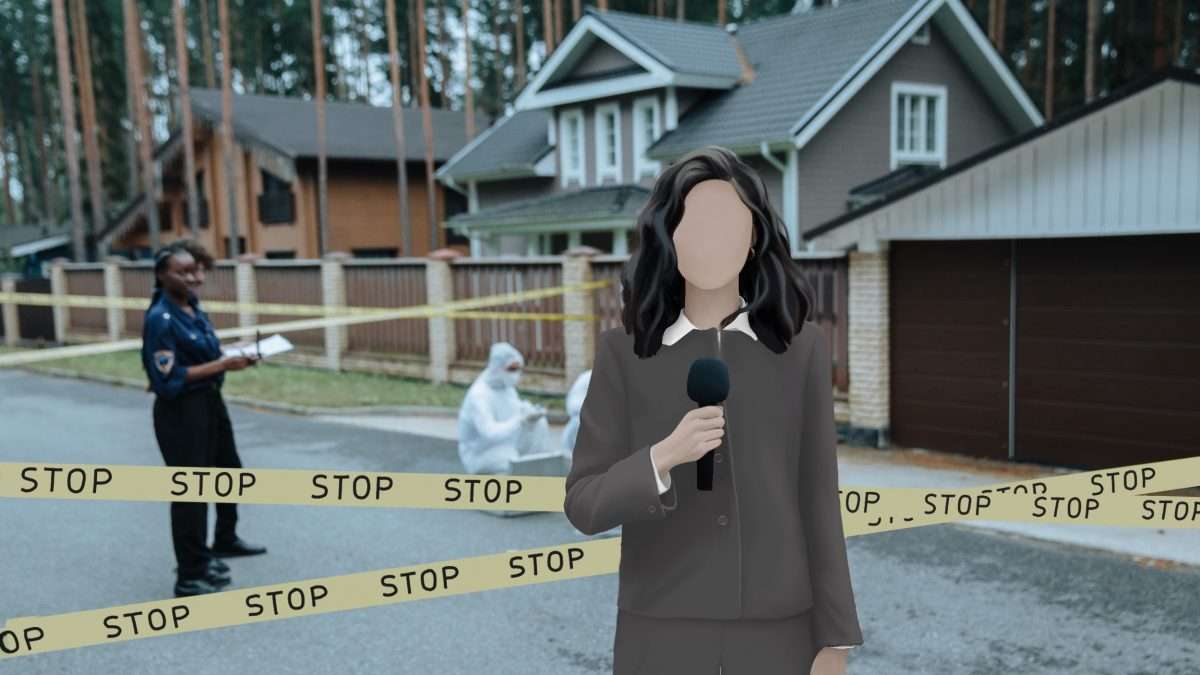 A recent Pew Research survey revealed that 71% of Americans get their news from social media platforms. Admittedly, this number is probably higher among AISB students.

While seeing headlines in our Instagram and TikTok feeds is fine, the fact is, only 20% of people are actually reading past these headlines. This means that the newspapers publishing these headlines aren’t getting clicks. The newspapers lose money, and the journalists who are trained to write the articles find themselves without jobs or a steady income.

Why journalists are loosing jobs (and money)

The newspaper industry has been suffering for a while now—even before social media. Newspaper revenue has been steadily declining since the early 2000s. And as a result, employment numbers have also fallen each year. In fact, Forbes reported that in 2020, there were only 30,820 newspaper industry workers—less than half the 74,410 in 2006.

AISB Journalism Teacher Jennifer Stevens explains that the problem really started with the rise of the internet—and, at least in the United States, with Craigslist: one of the first free advertising websites.

“Craigslist provided people the opportunity to sell their own items or services without the help of newspapers,” Stevens explains. “So, all that money that newspapers got from classified ads went away.”

With this sudden decline in funds, newspapers struggled to keep up and journalists started to be underpaid or lose their positions completely. The following years brought about the digitization of media as content began being shared online.

Journalist’s work is now reshared online all around the world. But, because people only look at the headlines, or read the article on the social media platforms, there is no revenue coming into newspapers. In fact, money moves to the pockets of major media companies.

If these trends resume, media companies will use information from news aggregates instead of employing their own journalists. Accurate reporting will decline, as will our access to free press. It is essential that independent journalism (news media that is free from government, corporate, or celebrity influence) continue. Because, without it, we risk losing democracy and access to the truth.

But how do we properly compensate journalists while newspapers and local news disappear? According to Press Start founder Ernad Halilovic, the answer is crowdfunding.

A novel way of supporting journalists

Amidst this crisis in the world of journalism, new ways of supporting independent, professional reporters have been created. One shines through in particular: crowdfunding.

Crowdfunding has been around for awhile, with the first recorded instance happening in 1997, when a British rock band asked for donations so they could go on tour. Soon after, websites like Patreon and Kickstarter were created, and became popular for funding expensive medical operations and even starting up businesses. Recently these sites have been popular for creative arts projects.

It was ten years ago, in 2012, when Halilovic and a group of fellow university students decided that this type of platform would be an innovative way to offer support to “reporters in countries where the press cannot report freely.”

Halilovic is originally from Bosnia and Herzegovina—a country where Reporters Without Borders states “Journalists do not feel protected while doing their work.” During college, he and his classmates began to understand the real need for independent journalists to share stories from their home countries. They thought, with crowdfunding as a medium, these journalists would be able to publish independently, without the help of government-run newspapers.

While interning at Transitions Media, Halilovic began working with the executive director of the organization, Jeremy Drucker, on this innovative way to fund investigative journalism. And from there, he and his college friends got to work.

The college students’ motivation to get involved in the campaign was strong. They saw the power of journalism as one to expose injustice in our societies and give a voice to people to do so.

“It’s really about defending the ability of people to stand up for what they believe in, stand up for freedom to express themselves in this world, stand up for those who are oppressed. I think journalism should be about that” —Halilovic.

By using crowdfunding, the project was truly focused on the individual journalist’s story ideas and how to support that goal. Guided by this initiative, they began designing a platform to achieve exactly that.

Can crowdfunding be a sustainable way of supporting journalists worldwide?

Many years later, the team’s goal remains to support the journalists, based on their individual needs. Funding is one of the most pressing needs of independent journalists nowadays. Yet, so are other things such as marketing strategies and even a platform to publish their stories.

This is part of what Press Start strives to accomplish, guiding the journalists along the way and putting them at the core of the process. In order for a journalist to get funding and be published on Press Start, they first have to apply with their article idea and information about the logistics of writing the article. After that, the staff goes through the ideas and reaches out to the journalists whose projects they most believe in. The crowdfunding can then begin, with campaigns being time-limited and a certain sum of money needing to be reached.

On the website, campaigns are displayed and reporters pitch their articles to readers, who can support the journalists financially to complete the project.

People who decide to help out by donating pledge to give a certain amount. Until the time limit is reached and the donations have been raised, customers do not actually get charged. Instead, they are charged only when the campaign is declared successful—meaning it has raised the desired sum. Press Start also has a mutual fund to top up money for campaigns which are very close to reaching their goal, but don’t manage to do so.

Then, journalists work on writing the story and soon after publish it. Articles are published both on Press Start’s website and in local newspapers that the journalists might be working with.

“By funding journalists who are already working in some kind of an organization, you are actually indirectly helping that organization because now they are getting content and work, being done with funds that are provided from the outside,” explains Halilovic.

Is this the future of journalism?

Crowdfunding is a step towards ensuring a fair industry for journalists to work in. It is one of hopefully many ways to support independent journalists reporting on important issues.

“If trained journalists are living in, say, Romania for example… they might want to write stories about what the Ukrainian refugee crisis looks like in this country. But that takes time and resources: transportation to these centers, possible translation services, photography equipment, and of course, time. But this is what we need: on-the-ground reporting” —Stevens.

With news being reshared on social media, only the work of reporters from a few big news publications is being broadcasted. This puts local newspapers in a difficult financial situation, with no chance of rivaling the media giants. But local journalists are essential in ensuring that the truth comes to light and that journalism happens through real-time reporting, rather than taking information as granted.

“We have to fix this,” says Stevens. “I just don’t know how. Hopefully crowdfunding is a start in the right direction.”

In the end, the goal remains finding a sustainable future for journalism. It is clear that trained journalists’ work is now, more than ever, invaluable—and they deserve to be properly compensated for their efforts.

Note from the author:

There are many ways you can support independent journalists doing valuable work worldwide right now. Start by looking on a local scale, at newspapers and websites reporting from your city or country. Here are some noteworthy publications in Romania to show support to:

I’m a Third Culture Kid, a Global Nomad. But What does that mean?