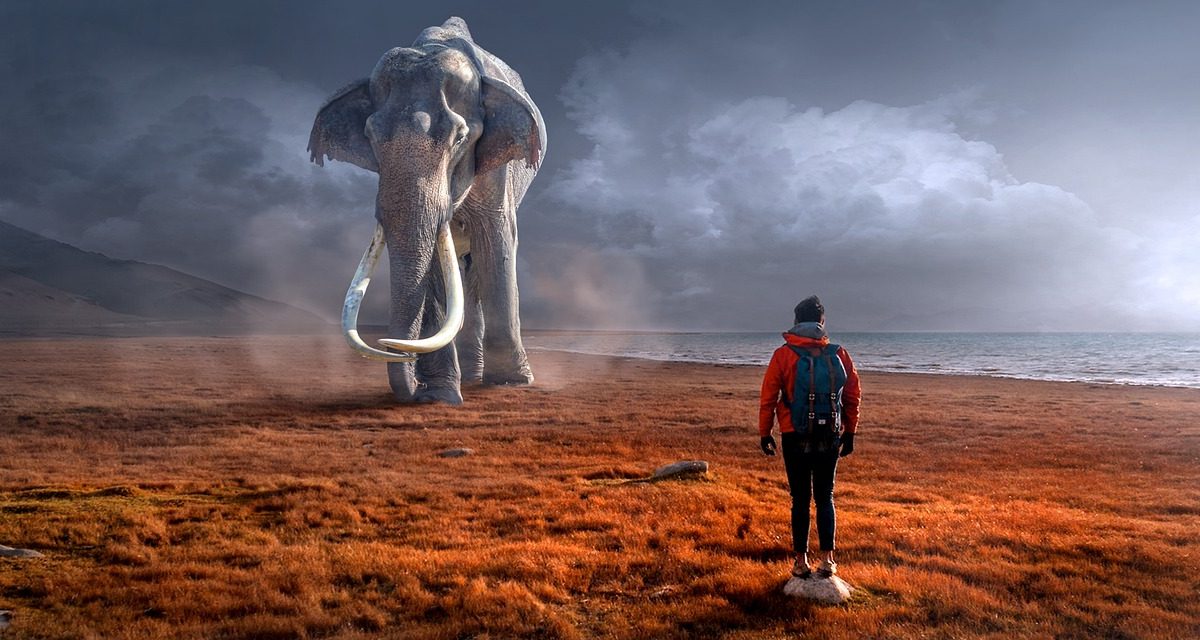 You’re walking as you breathe in the fresh air of the fields surrounding you. The sun is shining, the birds are singing and the sky is as blue as the ocean. You lean back to sit down, but instead of being softly greeted by the grass of the meadow, you realize that you’re falling. You panic, trying to reach for something; but around you, there is nothing. Just as you feel as if you’re going to hit the ground, you wake up. You’re panting, dripping with sweat. It was just a dream, you think, as you release the tension and lean back in your bed.

Dreams – while we all have them, we don’t know much about them. According to Medical News Today, “Dreams are a universal human experience that can be described as a state of consciousness characterized by sensory, cognitive and emotional occurrences during sleep.”

While some people have wonderful, happy dreams and others don’t even remember their dreams, there are others (such as the person described earlier) who have horrible, scarring nightmares. So, why do we dream, and how is it determined what we dream? That is a question neuroscientists have been trying to find the answer to for years and have only been able to come up with theories.

Some think that dreams are ways to express desires you are not completely aware of, while others think that they are caused by random signals shared between your mind and body while you are sleeping. But the most common theory is that dreams are a way for your brain to fully process information acquired during the day.

“Typically, your dreams are somehow representing your thoughts or events from the previous day, so the brain creates dreams based on this,” says Stephanie Finnell, the MS Guidance Counselor at AISB.

She goes on to explain that this is why some people have nightmares, because they are possibly going through stress or anxiety during the day, or have an abnormal body temperature during sleep.

Based on this theory, psychologists have created a method called psychoanalysis through which they find the subliminal meaning of dreams and how they relate to the dreamer’s life, relationships and issues that they are having.

“I don’t typically ask about dreams unless someone is specifically having dream-related issues such as recurring nightmares, says Finnell. “The more stressed we are, the higher potential for nightmares.”

Dreams are usually separated into themes, and from data collected from various studies in a variety of countries, there are 55 dream themes that are most consistent (the list of themes is featured at the bottom of this article. Read through them to see how many you have had!) These themes have been further separated into clusters, and have then been used in order to further help psychologists in their psychoanalysis.

The two major clusters are dreams that involve the dreamer being in danger, like falling or being chased (usually caused by interpersonal conflicts) and dreams in which the dreamer is vulnerable, like finding themselves not wearing clothes, failing an important examination or arriving late to an important event. These are usually linked with superego concerns, which mean issues that your conscience is dealing with, for example, an important decision.

While psychoanalysis is an important tool that many psychologists rely on, it doesn’t apply to people who don’t remember their dreams. When asked whether we always dream even if we don’t remember dreaming, Finnell answered: “There are many theorists that would say yes, that even if we don’t remember dreaming, it still happens. Usually, if you are having trouble remembering your dreams, it’s a good idea to have a dream journal by your bed.  Each morning, within five minutes of waking up, you write anything you remember.  Practicing this can improve your memory of your dreams.”

But even if we don’t normally remember our dreams, we have all dreamt at some point in our lives. According to a study led by Medical News Today, the majority of the characters in a dream are people that the dreamer recognizes, and the majority of the dreamers identified them by “just knowing” (meaning not by physical aspect and not by behavior).

Based on this, we can conclude that while we might not be completely present in our dreams, we still have some control over them, since we can tell who people are by just knowing.

According to the World of Lucid Dreaming, “Lucid dreams are tangible and vivid.” You can ask yourself for explanations for your behavior and discover the subconscious thought process that you endured when taking different actions. Your brain is actually functioning at a higher level of awareness than that of when you are conscious.

That is why lucid dreamers can control their nightmares and even perform their own psychoanalysis by finding the reason within their subconscious behind the nightmare and what it symbolizes.

Some ways through which you can train yourself to lucid dream is by:

For more information and a more visual explanation of lucid dreaming, check out this video by the World of Lucid Dreaming:

For a fun activity, check off all of the dreams that you have off of this list of universal dream themes.

While so much fascinating information is available in regard to dreams, almost everything is a theory and neuroscientists still have many questions they need answered in order to explain dreams.

Maybe we will never be able to know the full explanation behind it, but dreaming is something that not only ties people together but will forever be a part of everyone’s identity.

Is Social Media Destroying Our Society?