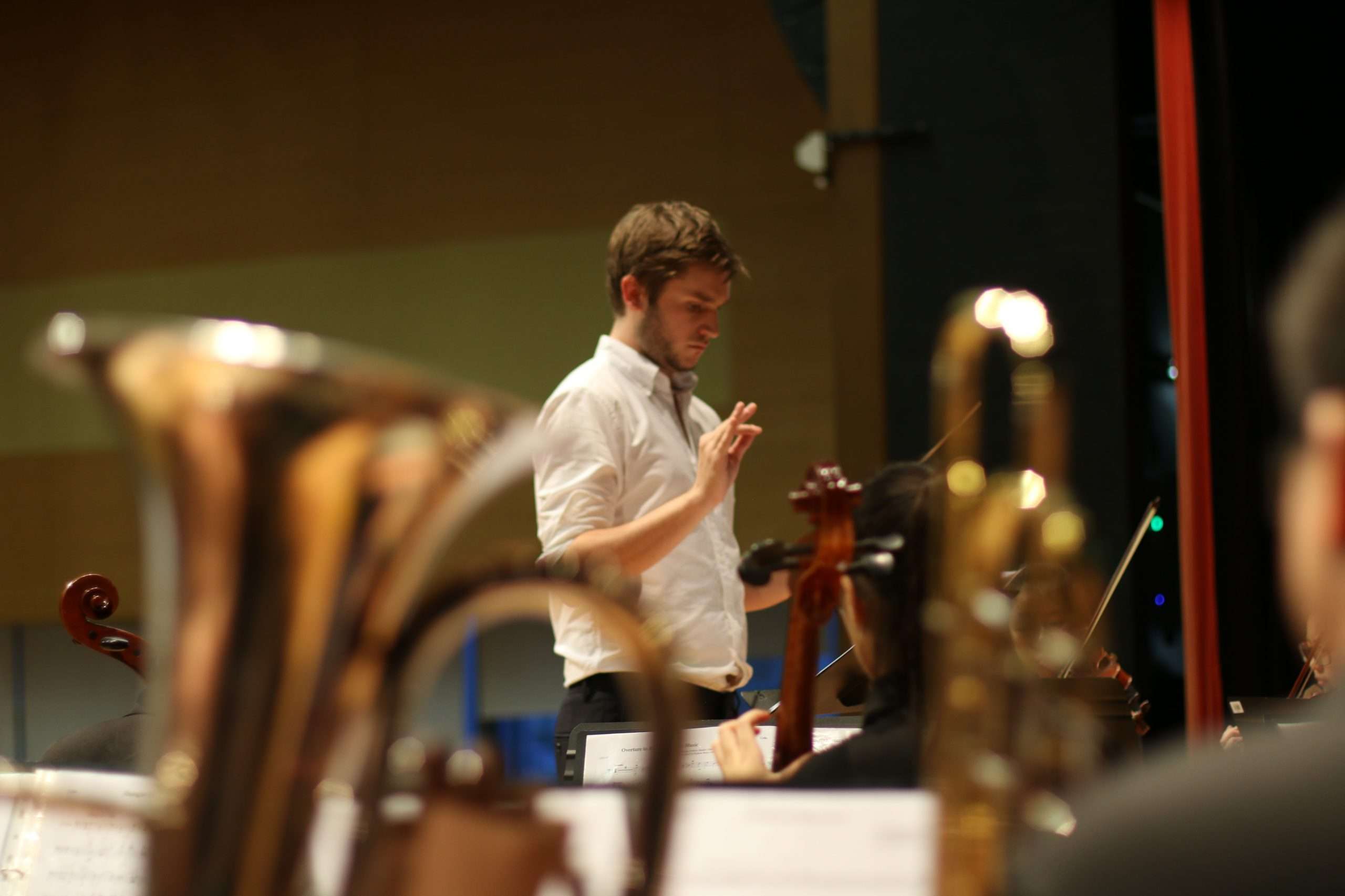 “I think this is a good time to reveal that the Instagram account under the username @tjogr is me,” Thomas O’Grady says with a mischievous smile. He shyly opens his phone and scrolls through his page, full of drone shots of the Hong Kong skyline, snowcapped castles in Romania. He’s most proud of the pictures from a “Bear Festival” in Bacău: candids of villagers dressed in animal hides.

Needless to say, Mr. O’Grady is not your average music teacher.

His passion for photography started in 2015, when one of O’Grady’s former students from Hong Kong brought a drone on a trip to Fiji. “Some of those pictures were amazing!” he says.

Originally from the UK, O’Grady felt a desire to move back to Europe, after living in Hong Kong for some time. Romania intrigued him. “I found [the country] quite mysterious because it got sort of demonized by the ring-wing press in the UK for being a poorer country and the situation with Romanian immigrants there,” O’Grady tells us. He admits being surprised by the large population of bears and diversity of the landscapes. “I thought it would be an interesting country to explore and it has been.” Especially when it comes to photography.

His Journey to AISB

When deciding what profession to pursue, O’Grady had to pick between visual arts and music. “It was like a 50-50 thing,” he says, admitting that idea of staying in one career is “quite old-fashioned.” O’Grady loves his profession, but it’s tough to balance. “It’s like a person from a circus spinning different plates. You can’t let that plate drop, but then you need to go and spin that plate.”

O’Grady spent the better part of his life in London, where he taught at a few public schools. Compared to AISB, it was a “challenging” experience. “There were 30-35 students in each class, you’d be sworn at or even have a chair thrown at you,” he recalls.

On the other hand, Hong Kong, where he spent about four years, was more strict, but students were interested in learning and eager to get involved in all sorts of activities. “I built many events by linking music and charity; I was overseeing over 15,000 people.” During his time at that school, they raised almost 16,000 Euros and donated them to local charities.

Those kinds of events make him, as a teacher, proud. “It would be interesting to try something like this at AISB. Could really build more community spirit.”

Having been a teacher for hundreds of students, O’Grady has learned different ways to engage them in music in a way that makes it fun and easy to understand. “You don’t want to patronize people,” he says. “None of us enjoy things when we are forced to do them,” so it’s important to be versatile in order to adapt to students.

One of the things he tries to emphasize is a transferable skill related to music: learning how to relate to people. “You do have to try and make students aware that one doesn’t study music just to go into it as a career’.’

These kinds of abilities has allowed him to build connections with students much easier. And even though he’s only been at AISB for two years, the way in which he communicates with students makes it seem as if he’s been here much longer.

After the trip to Fiji with his former students from Hong Kong, O’Grady started taking pictures from all around the world and posting them on Instagram under the username @tjogr. Students have been hypothesizing for two years whether or not this account actually belonged to him.

“I don’t think I can describe myself as a photographer with a straight face because everyone is.”

Besides pictures, O’Grady sometimes films with his drone and makes short Boomerangs that really tell a story. “It’s always a constant way of experimenting how you develop these ideas. So many interesting things can be done with editing.”

He takes pictures everywhere he goes and his Instagram account has over 2,000 followers (which we encourage you to follow for amazing content). Having been featured by accounts with over 1 million followers (@arhitects_need), O’Grady has built a portfolio which allows him to connect to people from all over the world.

Piața Unirii, Bucharest, Romania (left) Hong Kong, China (right). Some of you might recognize the first picture as it was taken in one of the most popular areas in Bucharest: Piața Unirii. It is fascinating how different things seem when you look at them from a broader perspective.

This picture was taken at The Bear Festival in Bacău this year. Few Romanian people actually know this exists as a long-standing tradition in Slănic-Moldova. When trying to capture movement, O’Grady says, “Almost every time it comes down to luck. The unpredictable nature of people is what makes it harder compared to photographing sunsets, for example.”

What’s next for O’Grady

Amidst leaving rumors, soon-to-be former AISB teacher confirms his departure. Unfortunately, due to the COVID-19 situation, neither O’Grady, nor his students, get to say goodbye properly. “It’s not so nice to tell your students that you’re leaving over Zoom.”

Romania surprised O’Grady. “It’s a misunderstood place,” he says. “And I haven’t spent enough time getting to know Bucharest.” Even though, he says it’s time to move back to Hong Kong.

The school’s closing earlier this year led to the cancellation of all events scheduled for June. “We were going to play music for graduation and for Rock in The Park,” he tells us. Not only that, but not being able to revisit some of his favorite places, see friends, or travel to new parts of Romania has left him with the feeling that he “would love to come back and explore more.”

It’s safe to say that O’Grady leaves Romania with a bittersweet feeling, primarily because he doesn’t get to say goodbye to AISB. “I’ve really enjoyed my interactions with students at this school, even though they’re quite cheeky sometimes and like to push boundaries”, he says, jokingly.

Vera P., saxophone player in Jazz Band, is also leaving this year and says she learned a lot from O’Grady, whom she describes as a “great teacher and musician.” Some of the songs they were supposed to play in June are “In the mood” by Joe Garland and ”Broadway” by Bobby Bird.

For students who are anxious about upcoming projects or important school-related decisions, O’Grady shares some thoughtful advice: “If you’re always in your comfort zone, you’re not going to achieve what you can do.” He encourages them to be much like he is in regards to music and photography: passionate.

Thank you, Mr. O’Grady, for the great interview. We will miss you and wish you the best of luck in Hong Kong!

The Other Pandemic: Fake News. Here's How to Spot it & Where to Find Legit Information