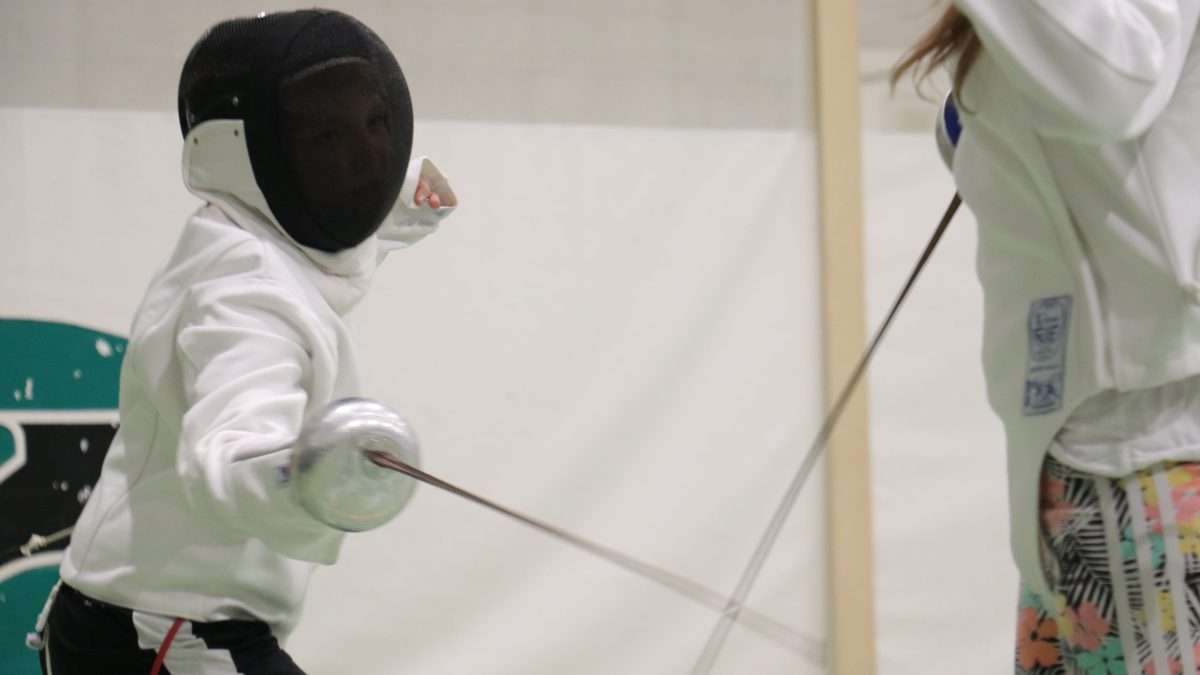 After school on Wednesday, December 8th, our 4th graders were preparing for a battle they would never forget: their first fencing competition.

The students were led by coach Ana-Maria Constantin, an ex-fencer for the Romanian national team. In our interview with her, she had wonderful things to say about fencing as a sport and as a state of mind, which honestly made us want to join this excited group of 4th graders!

Constantin said preparing for the competition was difficult, but that the students’ excitement made training a lot of fun. It was the kids’ first time fencing with competition swords, as well as being hooked up to the apparatus that detects when the other player strikes. She said she was “emotional for them,” as it was also her first time coaching and preparing her kids for competition this season.

“A good swordsman needs agility, coordination, precision, and patience. The ability to make the right decisions in a split second” — Ana-Maria Constantin.

The competition began with a warmup—critical to make sure the student athletes were ready for not only the physical challenges, but also mental. Fencing matches (or “bouts”) are pretty quick, and players (fencers) need to move quickly, anticipating where the other fencer might strike.

The atmosphere at the competition was amazing—with students supporting one another and even reffing for each other. They never argued over points and were there to have fun and enjoy this sport that they love. In the bleachers, classmates and parents watched and cheered. So, to put a fine point on it, (Get it? Fencing pun) everyone enjoyed their time and got a chance to compete.

As an added challenge, our students were joined by two new competitors, David Chica and Lungu Karina, who attend the Romanian-Finnish School of Bucharest. Although also in 4th grade, they showed tremendous skill and determination during the competition, and it was their first one as well!

It was pretty cool to see this type of event happen at AISB, and to see elementary schoolers so skilled. They made fencing look easy, but we can’t imagine how difficult it must be to be so light on your feet while being so quick with a sword.

Sadly this year, fencing is only available for 4th grade students (in other years it was a sport for grades 4-8). This is due to Covid restrictions, and the fact that grade levels cannot mix while indoors. We’re hoping that next year things will get back to normal (Please, God!) and that 5th-8th graders can also participate.

The next 4th grade fencing tournament will be in March, then another in late May or early June. Stay tuned for more details!