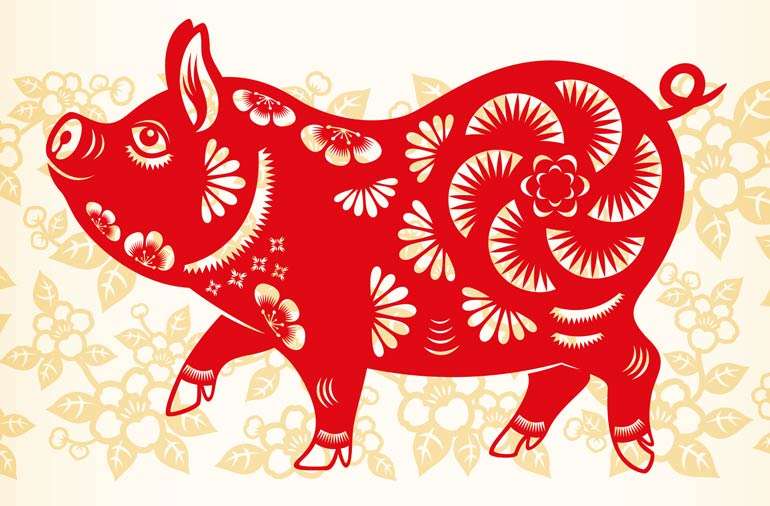 To all piggies and zodiac enthusiasts, here is everything you need to know about the year of the pig.

The Story of the Chinese Zodiac

There are 12 animals in the Chinese zodiac, and each year is represented by one of them. Like most legends, there are many different versions of the Chinese zodiac story. One of the popular myths explains that in ancient China, Jade the Emperor invited all animals on earth to a grand race. The 12 animals who attended the race were rat, cow, tiger, rabbit, dragon, snake, horse, sheep, monkey, chicken, dog, and pig. The pig was the last animal to arrive because it had stopped to eat in the middle of the race and ended up falling asleep. In the order of their arrival, these animals became the symbols of each Chinese year.

Traits of People Born in the Year of the Pig

Although there isn’t any scientific proof, ancient Chinese people used to link each zodiac animal with specific traits. These are some of the qualities most associated with people born in the year of the pig:

The Bite asked Grade 6 Leader Andrew Donham if he believed these were accurate descriptions of his students. “Sixth graders are more likely to make mistakes as they’re new to middle school,” he says. “But they’ve done a great job with reflecting on their faults and accepting responsibility.”

He particularly agrees on ‘excess energy” bit, stating, “They were very energetic on the grade-level trip. We had five or six sprained ankles. Even throughout the year, there were tons of injuries in Grade 6.”

Each year is represented by a different type of pig: wood, fire, earth, metal, or water. These are the five elements of the Wu Xing, a form of Chinese philosophy.

What 2019 Will Bring for the Pigs out There

This year is going to be full of fortune for all the pigs out there, and whatever challenges you face will be resolved without much difficulty. Take this as an opportunity to try something new and adventurous. These experiences will allow you to discover your hidden passions or talents. Remember to be persistent; as long as you set yourself a clear goal and stick to the plan, you will make great achievements this year.

2020 in Review: A look at what happened at The Bite during this crazy year