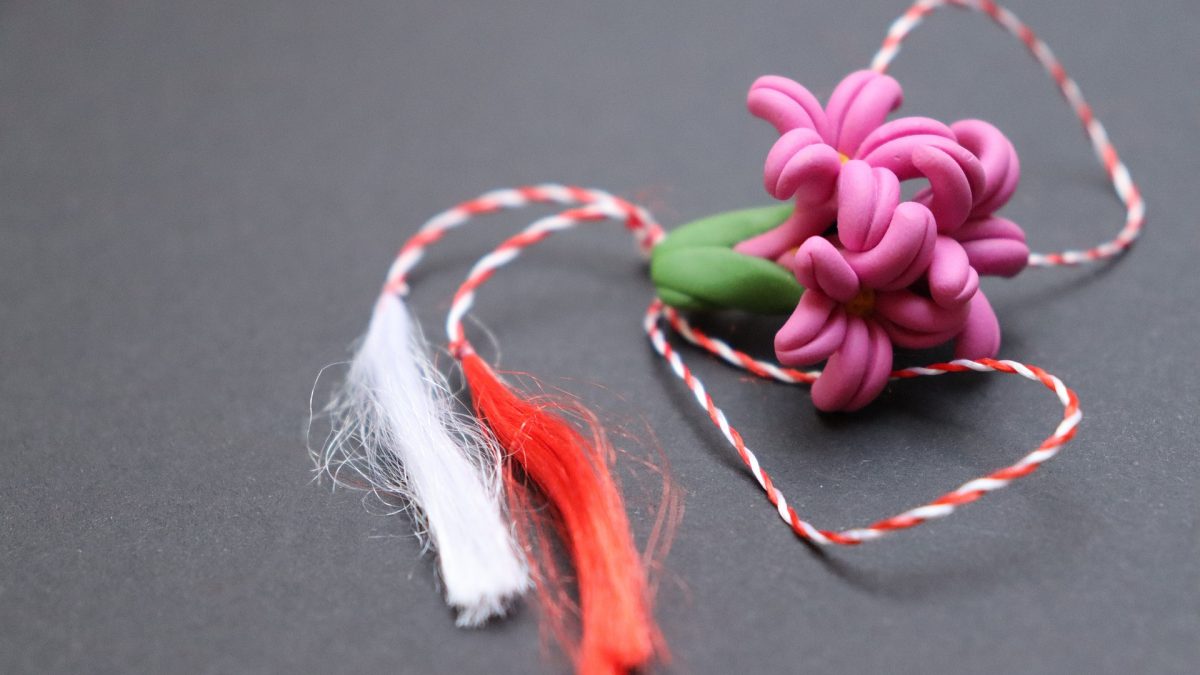 An example of a martisor bracelet, from Pixabay.com.

The first day of spring represents a new beginning, and is celebrated differently in cultures around the world. In Romania, people celebrate the first day of March, “Mărțișor,” by giving their loved ones red and white strings (also called mărțișor, marț or mărțiguș) tied around a small trinket.

This tradition is also part of Moldavian and Bulgarian cultures, and the unique craft can represent anything from good luck and health to the rebirth of nature. It’s seen as a sign of appreciation and respect.

Legend has it that as the Sun came down to Earth as a beautiful girl, she became the prisoner of a dragon. To save the Sun, a young handsome boy fought the dragon, leaving his blood in the snow. As the Sun went back to the sky, all the snow melted and snowdrops, typical spring flowers, bloomed everywhere. Therefore, the color red from the string represents the young boy’s blood, and white represents the snowdrops.

The Mărțișor is usually offered by men to the special females in their lives, but this is changing. In fact, in Moldova, women are used to giving Mărțișor to men. Usually, the Mărțișor is attached to your clothing on the left side of your chest, near your heart; and at times, it’s worn as a hand bracelet.

The trinket attached to the string can vary, from small symbolic hearts and four-leaf clovers to diamond-encrusted brooches. The Mărțișor is more about the symbol and less about the value of the trinket; therefore the majority of people choose the buy more basic but meaningful designs.

The Mărțișor is an old custom, dating back thousands of years. Archaeological research suggests that this tradition comes from the Romans, while others believe it comes from the Dacians.

In the old times, the Mărțișor was made of small river pebbles, colored white and red, stringed on a thread and worn around the neck. People would wear them starting March 1st until the first blooming trees. Then, when the trees began to bloom, they would hanged the strings from the branches. This symbolized good luck and good weather. Nowadays, people usually wear the Mărțișor just for March 1st, but some will continue to wear it throughout the month.

In anticipation of spring, service group Mia’s Children will be selling mărțișor bracelets this Friday, February 28th, during snack and lunch in the middle school lobby and in front of the cafeteria. They will cost 10-15 lei each and will be served with a homemade cookie. Student leader Georgia M. says the money will be used to buy food items, hygiene products, and fundamental utilities for more than 50 children.

“We chose this idea in particular because we wanted to introduce an important element of Romanian culture to the AISB community and celebrate the birth of spring in a way that also helps the children at the orphanage,” says Georgia.

Have a wonderful spring!