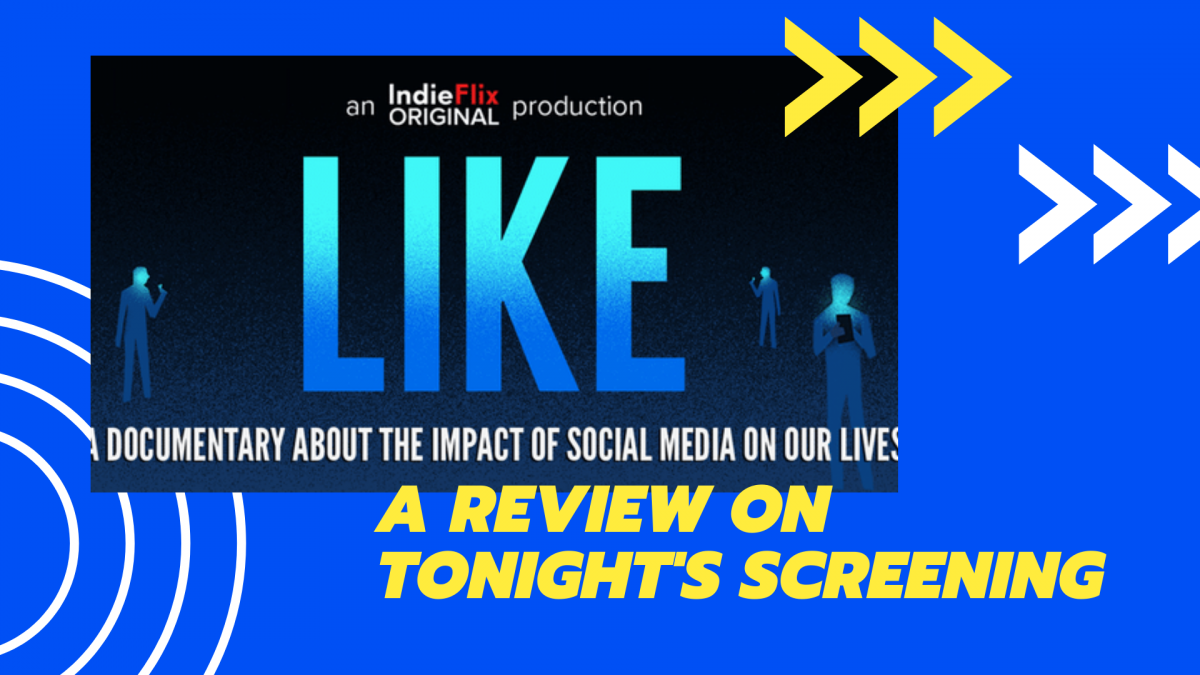 At 6:30pm tonight, the AISB community will have the chance to watch the new IndieFlix documentary “LIKE,” a short movie (49 minutes) about the real effects social media has on our lives.

The film is being screened by AISB’s counselors, with an optional discussion afterward. Vera Kirsten den Otter explains they chose this movie in particular because they “know social media plays a big part in the social and emotional health of our students.” She adds that, “We believe that there is power in watching this documentary together as a community and discussing its implications. Together, we have power to change and permission to talk about it.”

Parents and students (grades 4 and up) can watch the movie by filling out this form. The film will be available for viewing all weekend, but if you’re interested in joining the discussion, make sure to tune in tonight. Here’s a preview of some of the topics that will be covered:

My personal review of the film:

I was able to watch the documentary earlier this week, and was pleasantly surprised.

Having struggled with screen time and social media use myself during this pandemic, it’s always nice to know I’m not alone. The fact that the movie focused on other teenagers’ relationships with their phones and social media was comforting, and I liked that it didn’t bombard me with facts over facts. Instead, the focus was digestible research from doctors.

Plus, the fact that it was only 49 minutes was refreshing. I felt like I got all the information I needed to, but didn’t feel the need to pause and rewatch—something I often do with longer, informative movies.

While the film did focus on serious issues like phone addiction and mental health, there was also some much-needed (very relatable) humor. My absolute favorite quote from the movie: “I met a young woman in Australia who said the hardest part about breaking up with her boyfriend was ending their Snapchat streak,” —Max Stossel, Head of Content & Storytelling, The Center for Humane Technology.

One thing to be aware of is that there are lots of guest speakers, and because of this, the messaging can become a little repetitive. Also, for upper secondary students like myself, the information presented may seem obvious at times (like “what is social media”). On the other hand, this may be necessary for younger audiences (and also much older audiences!).

Overall, I think this is a good movie for the counselors’ intended purpose: to start a conversation about the effects of social media. I also think it will give parents a much-needed window into their kids’ relationships with their phones.

If you watch the movie, please comment below to start a conversation!