Exploring the Religious Buildings Of Bucharest 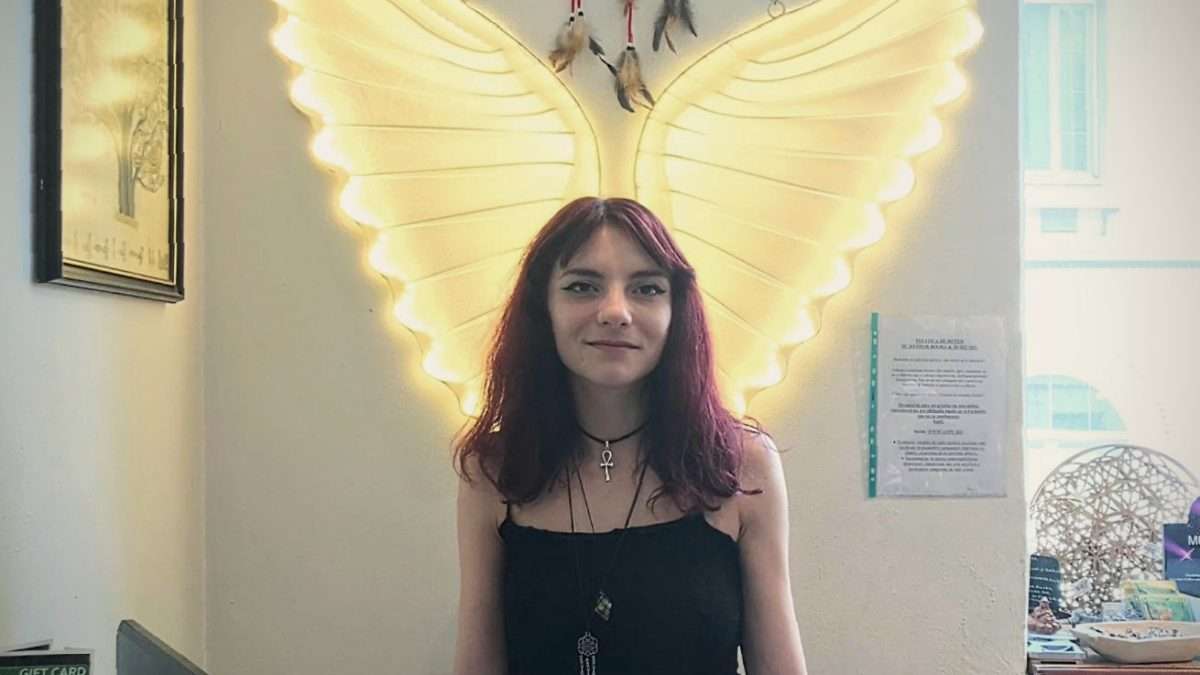 Despite the international and progressive influence in a big city like Bucharest and the fact that Romania is a secular state, 96.1% of the Bucharest population is Orthodox Christian. This suggests that religion is a crucial and normalised part of Romanian lives. On the other hand, our international community of open-mindedness at AISB proves that this city is home to people of all nationalities and affiliations, religious or otherwise.

So, in order to investigate and understand the diversity (or lack thereof) of religion in Bucharest, I visited a church, a mosque, a synagogue, and an esoteric book store. Walking around in the centre and then stepping away from the crowded streets and dirty public transport into cosy yet airy buildings felt holy in itself.

A traditional orthodox wedding is taking place and Romanian singing fills the air.

The vibrant colours pop out in the dim lighting.

The lady at the candle booth smiles and says she doesn’t do much here, just organises comings-and-goings and keeps shop. The candles are 0.75 lei each.

Outside, the candle-lighting station is grey and heavyset. (Sign: “the dead”)

Humid but sunny, it is the perfect day for song and worship.

On the outskirts of the city, a mosque or “cami” is unappealing from the outside… (Sign: “Cleanliness is from faith – Hadith-i serif”)

…But when I enter, a calm quietness and a sense of holiness reaches me.

The imam explains that the line “Bakara 144″ encircles the “mihrap” (arch) because it references and tells the story of the direction that Muslims must face when praying. Although they face Kaaba now, before the prophet Mohammed’s insight, they faced “Mescid-i Aksa” – otherwise known as Masjid Al-Aqsa.

The intricacies of the ornamentation are exquisite.

I encounter many churches by chance whilst traversing between the holy buildings I pre-chose, which elucidates the importance of religion to Romanians.

Somehow this grand and magnificent building is easy to miss amongst the crowd and cars.

Inside, people are congregated. They are eating, laughing, talking, and praying. I stay out of their way, but, unexpectedly, no one looks at me funny.

The engravings are elegant and intriguing to look at.

“An oasis of energy located right in the heart of the capital,” Hathor is an eccentric and eclectic bookstore: the “first and largest esoteric store in Romania.”

The air is heavy with incense, and new-age music is playing, building a witchy atmosphere.

Decorative knick-knacks, statues, and crystals are on display.

The cluttered altar that is (from what I gather) dedicated to the store’s namesake, Egyptian goddess Hathor, is beautiful and impressive, and the size of it daunting.

My time exploring was enlightening and refreshing; the diversity that I discovered in language, music, and architecture was surprising. Regardless of religion or nationality, however, the love and serenity shared in the tightly-knit communities I stumbled upon was obvious. The hospitality and openness of all the people I interacted with is admirable, and undoubtedly contributes to the meditative, transcendent energy I encountered. We can celebrate the metaphysical, but we must celebrate the worldly.

Between Two Ferns at AISB