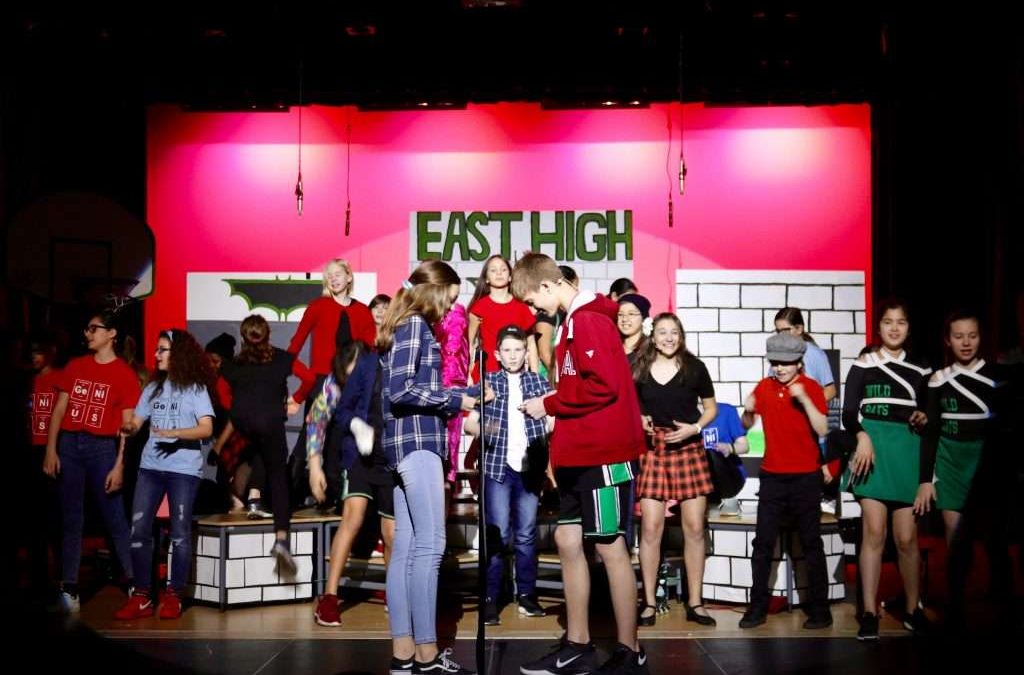 The most successful Disney Channel Original Movie of all time is coming to AISB’s stage this Thursday and Friday after school. High School Musical Jr. is a 75-minute musical that is satisfyingly similar to the beloved movie we grew up with.

Play Director Alice Williams says, “The talented cast has worked hard as an ensemble to create an exciting and fast-paced show that will be a walk down memory lane for older students who grew up listening to and watching the Disney films and songs.”

Here’s a short recap of the plot for those who need it:

East High students are returning to school after winter break. Troy Bolton, a resident jock and team captain of the basketball team, discovers Gabriella Montez, a brainiac that he met during karaoke on his ski trip, who just enrolled at the school. Together, they decide to audition for the high school musical; however, with Troy’s position as the team captain and Gabriella’s love for school, deciding what to choose becomes a challenge.

We stopped by yesterday’s dress rehearsal for a sneak peek:

We were really impressed by what we saw, and thought the middle schoolers did a great job reenacting the movie scenes on stage. The infectious songs and dances even had some of the audience members lip-syncing and swaying in their seats.

Here’s all the information you need to know. We hope to see you there!

Price: Free, although people are encouraged to donate money to the Fundația Inocenți, a local charity that helps babies and children with special needs.

What to expect from AISB's TEDx Conference this weekend