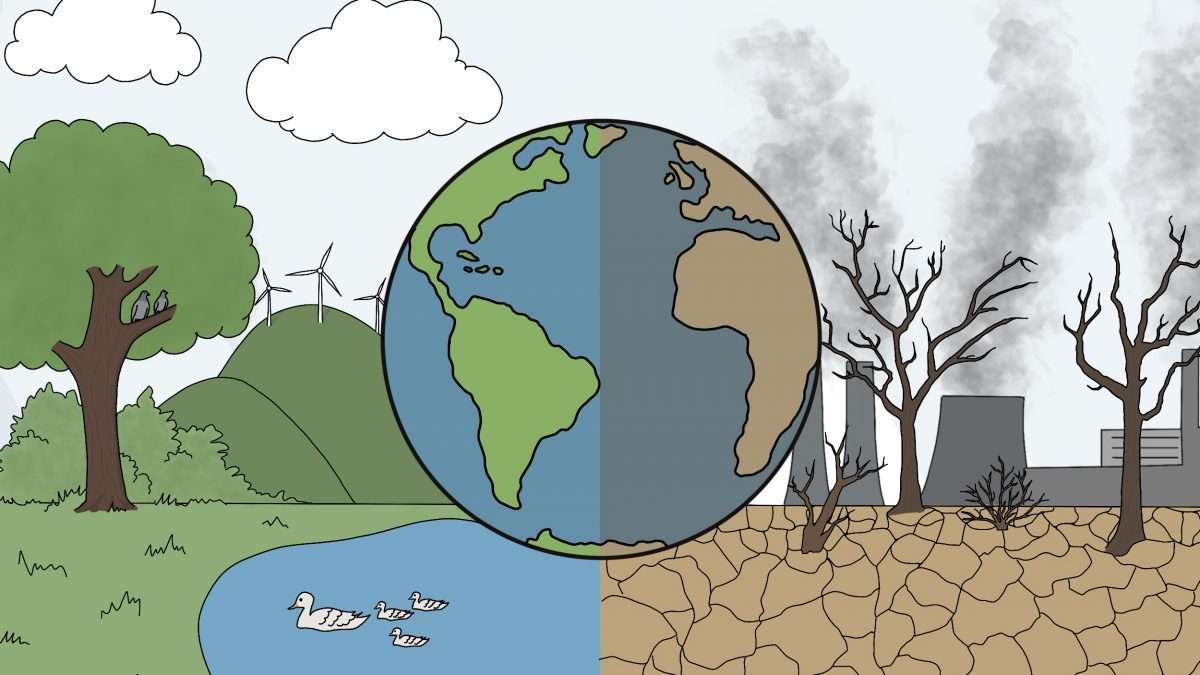 Climate change has been a global issue for many decades, and we can all agree that large-scale action is required to progress towards a solution. But, what is Romania doing to contribute?

Global Warming and The Paris Agreement

Everyone knows the earth is warming up, and it has been for quite some time. Compared to pre-industrial levels (around 1750), temperatures have risen by just over 1℃. If we continue the track we’re on, there’s no doubt our future is going to be warmer. In order to prevent drastic environmental changes in years to come, we need to greatly cut back on carbon emissions.

In December of 2015, the UN gathered in Paris at COP 21 to formulate a plan for the future of our climate. After much debate and decisions, they decided on The Paris Agreement: an international treaty regarding climate change and plans for solving this issue.

This treaty was signed by 196 nations, and these countries planned to meet every five years to discuss their progress towards their goals and to make increasingly ambitious goals towards reform. The Paris Agreement guarantees that all countries create and follow their own plans to reduce greenhouse gas (GHG) emissions to prevent a temperature rise of 2℃.

By 2020, all countries submitted their Nationally Determined Contributions (NDCs) to the United Nations Framework Convention on Climate Change (UNFCCC). These NDCs were the nations’ individual plans on how they would cut back on GHG emissions. The Paris Agreement also guarantees that more developed countries will financially support less developed countries in their contributions.

The climate change issues were recently brought back to our attention due to the COP 26 meeting that happened on October 31, 2021. At this event, the UN reinforced the idea that we are not doing enough to reach the temperature goals of the Paris Agreement. As of right now, temperatures are projected to increase by 2.4℃ by the end of the century, so countries are being urged to set more ambitious goals for the future.

The Situation in Romania

In regards to The Paris Agreement, Romania has been following its plan so far, making minor improvements every year. The country has started slowly reducing the GHG emissions compared to pre-industrial levels, so Romania is most likely on a good path for the future.

Solving global warming isn’t just about reducing pollution caused by these fossil fuels; there are also social and cultural factors that come into play. Cosmin Ghiță, AISB alumni and CEO of Nuclearelectrica, a nuclear energy company in Romania says, “If you look around, if you look on TV, if you look on social media, there is a lot of awareness that’s going on and it’s going well. Obviously, it’s a process, so these types of cultural changes don’t happen overnight, so they take time and iterations.”

Companies like Nuclearelectrica are working towards replacing Romania’s nonrenewable energy sources with nuclear energy to conserve time and money while also helping the planet. We have discovered many different types of green energy, but potentially the most beneficial and effective source of green energy is nuclear. Nuclear energy is the process of using nuclear reactions to heat water into steam, which then turns a turbine to create clean, round the clock energy.

Ghiță agrees that nuclear energy is the best option to slow climate change.

“In Romania, nuclear energy has allowed Romania to save emitting 170 million tons of CO2,” says Ghiță. “It’s one of the lowest cost forms of energy production, and it’s clean.”

170 million tons is quite a significant amount, considering Romania only emitted about 71.48 million tons of CO2 in 2020. Nuclear energy has been able to save more than twice the amount of CO2 emissions we caused just last year. This means that if we continue down our current path with nuclear energy, we could replace more non-renewable energy sources with nuclear, saving greater amounts of CO2 emissions.

Alongside nuclear energy, the government is also implementing incentives to motivate citizens to be more environmentally conscious. One example is an incentive that rewards citizens with 10,000 euros for buying a purely electric car. Other incentives encourage scrapping old vehicles that would further contribute to pollution.

“I think it’s very important that we look at climate change as a truly global solution,” says Ghiță. “Everybody needs to, because if you have different ideas on how you tackle it, you might have an ideology battle similar to other political ideology battles that we had in the past.”

How You Can Help

The only way to properly address global warming is for everyone to make small contributions. These can include recycling, spreading awareness on social media, and supporting local NGOs. These are very simple acts that can prove to be very impactful when a large number of people contribute.

Gaby W, an 11th grader at AISB, takes part in many eco-activism activities to help promote environmental awareness. Gaby agrees that making climate change problems known to the public is a good method for reducing global warming. “Overall, education and outreach are important, especially at schools such as AISB,” she says.

Convincing the public to actually implement these changes is a challenge on its own.

“I would say behavioral change is one of the biggest challenges when it comes to making meaningful change,” Gaby explains. “Getting individuals to act consciously and motivating a culture that values the environment takes time and commitment.”

If everyone makes small changes in their day-to-day lives, together we can make a bigger impact on the earth, hopefully saving ourselves from deadly climate change effects.

If you wan to learn more about clean energy in Romania, listen to the following podcast. Grade 9 students Marta and Zohar interview the Manager of Enel X Romania Daniel Ortiz, and the Managing Partner of Nofar Energy, Favi Stelian, to better understand how local companies are combating climate change by offering alternatives to fossil fuels.