How the Coronavirus is Affecting the Romanian Economy 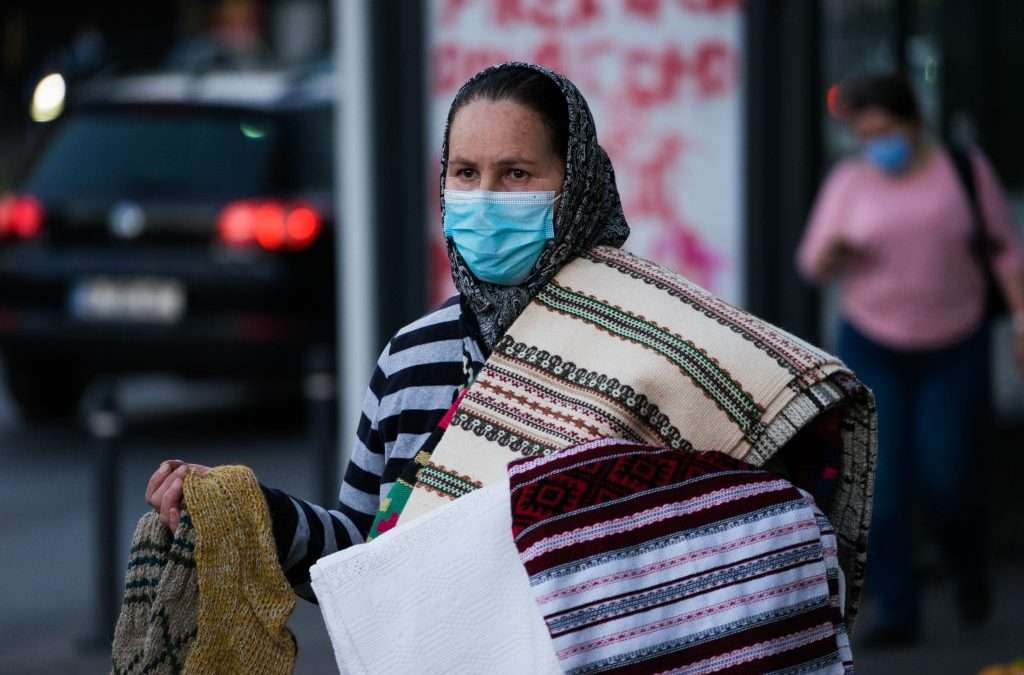 COVID-19 has impacted everybody’s lives drastically over the last couple months, and while the social effects are felt by everyone, the economic ones are not so obvious. Small businesses have been forced to close, breaking the economic cycle. The government is trying to combat the loss of money by VAT reductions and many unprecedented measures, but the Bucharest Stock market is still in rapid decline.

Many are worried that they will run out of toilet paper or canned beans, and while the virus has immense social repercussions, it will be an even bigger disaster economically, ranging from loss of local jobs to ultimately worldwide recession.

Even before the pandemic started, Romania’s economic situation wasn’t up to standards. With a country that just changed its ruling party after a tumultuous resignation and a long history of protesting political injustice, the failing economy was the last thing on the previous government’s mind.

The former Prime Minister, Viorica Dăncilă, depleted Romania’s reserve and emergency funds in order to pay for cars and pensions that they promised during the election process. This left Romania with no funds to rely on in case of an emergency.

Additionally, almost no significant amount of money was invested in the healthcare system, meaning that Romanian hospitals are not up to European standards, further amplifying the strain that this virus will place not only on our economy, but on the availability of medical care.

Impacts on Businesses, Companies and the Government

While public service workers are enjoying paid leave or only slight decreases in salary, private company employees are losing their jobs and going into technical unemployment, leaving them with no source of income during a period when it is vital.

This all means that the circular flow of income has been broken, as there are no wages being paid, leading to a lack of consumer expenditure. According to Europa Libera, about 500,000 contracts were suspended almost immediately, and about one million people in the inland economy will lose their jobs altogether.

An empty Băneasa Mall, on the 31st of March, afternoon.

While both small businesses and corporations are in complete chaos, deciding what to do with employees and salaries, the Romanian Minister of Finance, Florin Câțu, has decided to try and help these companies out.

Câțu’s team has eliminated VAT taxes (ranging from 9% for food to 20% annual tax) for the time being for anything that is locally produced. This incentive was created so that companies can try to produce as much as they can for as long as they can to keep the flow of money between citizens and governmental institutions.

They also canceled fiscal controls and depositions of fiscal declarations from early March until April 25, with the possibility of extention, explains Europa Libera.

Câțu is optimistic regarding Romania’s economic situation, stating that: “If China’s economy isn’t back on its feet as soon as possible, although there are very big chances that it will be back to normal in the second part of the year, then it is possible, with very small chances, that there will be risks for Romania’s economy, but which we know about and have taken into consideration.” (Translated from Romanian.)

This crisis does not only affect small scale business or private enterprises. It also severely affects the National Bank and the Bucharest Stock Market, which has registered severe declines ever since the pandemic started and even before.

According to data published on the Bucharest Stock Market, titles and sharing stocks have deprecated by 12% in Petrom, 7% in BRD, and 5% in Romgaz. These are some of the biggest deprecations in shareholder stocks.

Most of the energy suppliers also recorded such losses: Nuclearelectrica-6%, ALRO-11%, Banca Transilvania -5%, and Transgaz-6%. Overall, Bucharest’s stock market has decreased by 17.44% since the beginning of 2020.

The Romanian government is looking at different ways they could finance the healthcare system and keep unemployed citizens economically afloat. There are two different possibilities that are currently being considered.

The first one would be using the Romanian National Bank’s funds for emergency purposes. However, BNR’s reserve fund only holds around 35 billion RON (or 7.2 billion EURO).

If the government would continuously borrow from the National Bank, it would be to ensure that unemployed citizens get the necessities that they need, and that the healthcare system would remain above the water. On the other side, there are some risks that need to be taken into account.

The second possibility would be borrowing money from the International Monetary Fund (IMF). The IMF is an organization of 189 countries working to ensure financial stability worldwide and to facilitate sustainable economic growth. It is also tasked to help out countries in need whenever they desire it.

Countries such as Italy and France have avoided borrowing money to keep their internal economies safe. While borrowing money from the IMF would seem like the best solution at this time, there is also the possibility that the IMF will run out of funds, at which point every country is on its own.

While this may seem beneficial for Romania at first, it won’t hold long-term. The Euro parity this time is at a historical high, with one Euro being equivalent to 4.844 Ron. Paying back that loan would turn to be extremely difficult for Romania, especially with an already failing economy.

Predictions for the Future

Many predictions are bleak. Bloomberg states that worldwide, GDP growth in the first quarter of 2020 has slowed to 1.2% year over year—the weakest on record. With businesses closing, immense expenditures to sustain the healthcare system, testing, quarantine spaces and lack of production, many believe that once the dust settles, a global recession will come.

Economists say that the situation is unpredictable, and it might cost the global economy about 2.7 trillion dollars. In Romania, the situation will not be different, but rather more accentuated than the predictions for the worldwide economy.

Although the Chinese economy is practically halted at the moment, with automobile sales plunging 80%, passenger traffic down to 85% from normal levels, and business surveys are touching record lows, there are positive predictions that China will get back on its feet, carrying the worldwide economy with it.

This has already started to show, as businesses from across China are slowly starting to open up as the threat posed by COVID-19 is slowly diminishing. Therefore, there is still hope that the worldwide economy will recover, carrying the Romanian economy along.

It’s important to remember that these are uncertain times without historical precedent. Governments worldwide are trying to combat this pandemic as best as they can, and the Romanian government is no exception.

At a times like this, no matter past experiences, we need to be united in the face of adversity, sharing what we have and helping each other. Health comes first, and only after, the economy.

How can we help?

AISB Director Peter Welch says that “this pandemic will have made people who were already struggling to get by move closer to the edge of real poverty and desperation,” which is important to keep in mind. “Our AISB community remains relatively privileged in our Romanian society,” he adds.

With this privilege comes responsibility. Whether it’s supporting your favorite local restaurant by ordering takeout or Uber Eats, ordering products from small, local businesses (most have an online commerce options now), or continuing to pay housekeepers that are no longer able to work, it all helps.

“It is heartening just how well our community members have responded to requests to fund local hospitals or orphanages where funds have run dry,” says Welch. “When we can, we should always try and help those less fortunate than ourselves.”

The AISB Alumni Association, along with the AISB community, has raised approximately 140,000 Euros for the Colentina and Matei Bals hospitals to secure protective gear for doctors and nurses. Additionally, the school is suggesting that if people want to donate to local organizations, to access this Google Doc.

Tell us: What are your thoughts on the current economic situation, and what are some other ways we can help each other?