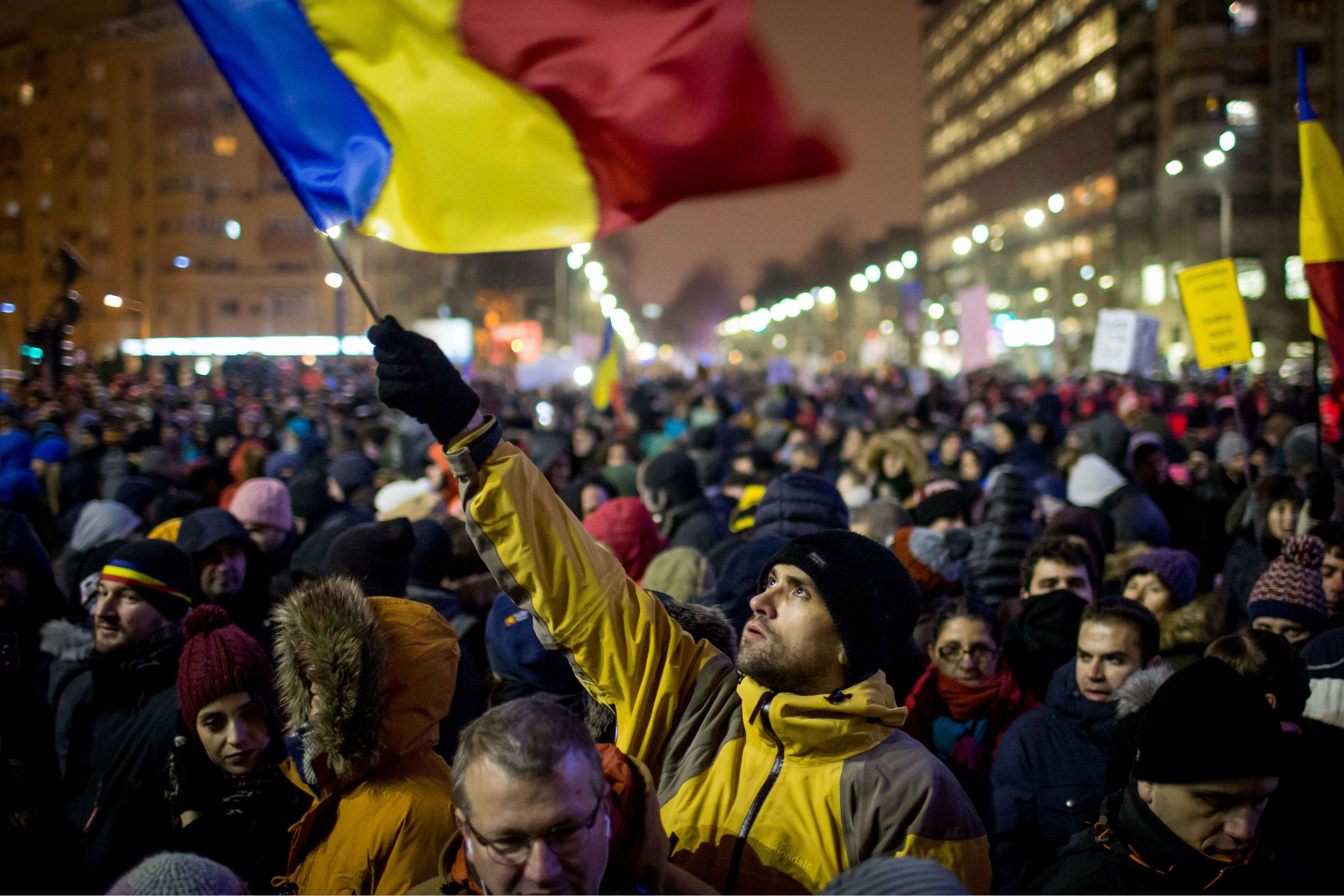 On May 26th, Romania will hold its European Parliament elections to decide who will represent the country in the European Union for the next five years. While many would see this as an opportunity to bring change and support to the nation– to make more voices heard beyond its borders– most Romanians have grown skeptical to this idea.

As hundreds of unfulfilled promises, protests, and reports of corruption pile up by the day, more and more Romanian citizens are fleeing the country, in hopes to find opportunities their own country can’t provide. Since 2007, over 17% of Romania’s population has immigrated to neighboring countries. And this number continues to grow.

The Reasoning Behind Mass Immigration: Understanding Life in Romania

Struck by hundreds of government-level corruption scandals (even by current party leader Liviu Dragnea, who was recently found guilty of abuse of power), Romanians are struggling to hold on to hope that things will ever change for the better.

It’s been 12 years since Romania joined the European Union, and the country still has the second-highest poverty rate in the continent, with more than a third of Romanians remaining at risk of poverty and nearly half of children at risk of social exclusion, with no access to education.

According to the Local Investors Union, nearly half of Romanian workers are paid the minimum wage, while another fifth are paid below that number. Philip Alston, United Nations Special Rapporteur on extreme poverty, argues, “Many Romanian officials are in a state of denial about the extent of poverty and discrimination against the extremely poor.”

Important aspects of the country such as education have been left on the sidelines, despite the fact that 30% of Romanian children do not currently go to school and almost half of children are functionally illiterate. Healthcare has also been heavily neglected, ranking the lowest in terms of quality (patients’ rights and information, accessibility, results of treatment etc.) within Europe.

It has become quite obvious that the country has been severely mismanaged, with many officials choosing to focus on personal gains or short-term solutions rather than a long-term plan of action and improvement. While there are many factors as to why Romania is suffering, this is clearly one of the main reasons: newly elected officials are constantly having to come up with new solutions to age-old problems, because previous “solutions” were never built to work in the long-run. More so, Romanians hop from one election to the next with little faith, simply choosing the person or party whom they think will do the least damage as opposed to the most change.

It’s clear that the country is desperate for positive action. However, the decades of uncertainty has shown no clear sign that this will ever happen, with many being forced into a constant struggle to stay afloat by the very people who were supposed to help them get back on their feet.

It’s difficult in this situation to remain patriotic and stand by a country that will provide a right to education, but without teachers and books. A school, but no public transit to get there. Minimum wage, but not enough to cover rent. A right to safety and protection, but constant threats against minorities. And politicians, leaders, representatives, but none that actually voice your concerns.

For most Romanians, particularly for those residing in rural communities, these disappointing facts are likely to remain the reality for generations to come (at least, it feels this way)–so they’re choosing to leave, and they’re doing so en masse.

How “Unpatriotism” Is Affecting Our Country

Data from the United Nations shows that almost four million Romanians immigrated to different countries between 2007 and 2015, making the rate the second largest in the world during this time frame–first place being occupied by war-torn Syria.

This drop could have dramatic results for the country, as many fields will be left with a lack of workers, especially suffering in the healthcare sector, where tens of thousands of medical professionals have already chosen to leave their positions in Romania. As a result, many hospitals have become understaffed and underfunded, unable to provide quality services across the country.

Romania’s economy could suffer tremendously while pensions, other forms of aid, and state services are also expected to be affected by the change. This means that the few who choose to stay behind in their home country will only be harmed even further as opportunities and resources grow sparse.

Unpatriotism, now deeply-rooted in our society due to lingering unresolved problems, has affected every aspect of the country. The negative mentality has placed Romania in a widespread state of apathy: people have grown used to the idea that change isn’t coming, so there’s no point in fighting for it. Suddenly, it’s not anyone’s responsibility to take charge; and when a problem arises, there’s no one to be held accountable.

Aside from mass immigration, it’s easy to see mistrust in things such as our elections. Voter turnout for previous European Parliament elections, for instance, was only 32%, while the last Senate elections only saw 39%. People are abandoning one of the most fundamental ways of being involved in a country’s decision-making process, because they feel they won’t be represented.

Unfortunately, the up-and-coming generation is being brought up with this mindset. For the millions of young people Romania wants to rely on, not being involved in the community is the norm. In fact, the main objective for current teens seems to be qualifying to study abroad after high school.

Building back faith in our government and representatives is a difficult task, especially since losing it has been such a long and painful process. However, this doesn’t make it impossible.

First, we must expect–or rather, demand–more open communication and transparency from our representatives. In order for anything to change, the people we elect to office need to actually represent us–to speak on behalf of the people and their interests. Not just this, but they should strive to arm citizens with meaningful and helpful information that will give them the freedom to make more informed choices. An example of such an initiative is the Uruguayan government’s A Tu Servicio portal, which allows people to take charge of their healthcare choices by tracking costs, comparing providers, and viewing treatment wait times.

Romanians, like any other citizens across the globe, deserve to be heard in their government, parliament, and even smaller-scale offices. To earn back trust, officials should work towards making more voices heard, particularly those of marginalized communities, and ensure that projects which truly matter are started. An initiative to follow could be the one implemented in Madrid, where residents propose city projects, as well as track their progress, through a platform called Decide Madrid. Another example can be found in Costa Rica where, to ensure that voices of indigenous communities are heard, dialogue was started between them and the government and has since helped with overcoming distrust and settling conflicts.

Still, while politicians and representatives are responsible for gaining back the public’s trust, there are also steps that we as citizens can and should take. Trust should not be one-sided and, for a better and stronger relationship between the severely divided state and people, we should also contribute through our own efforts. To do so, you can reach out to representatives and make sure they know what to fight for and demand. You can also exercise our most important right: to vote.

Romanians have lost faith and support for their own country because, above all, they do not feel heard, nor seen. They have been left out of the conversation, pushed away from their seat at the table during a discussion about their present and future.

But we can always take our seat back through united efforts. Once we do, we must then turn to the voices in our communities who were never given a seat to begin with and help them claim their space alongside us. It is never too late to fight for change.

Eurovision Starts Tomorrow. Here's why you Should Watch it.

Back to Normal? A Q&A with Romanian public school students about returning to campus