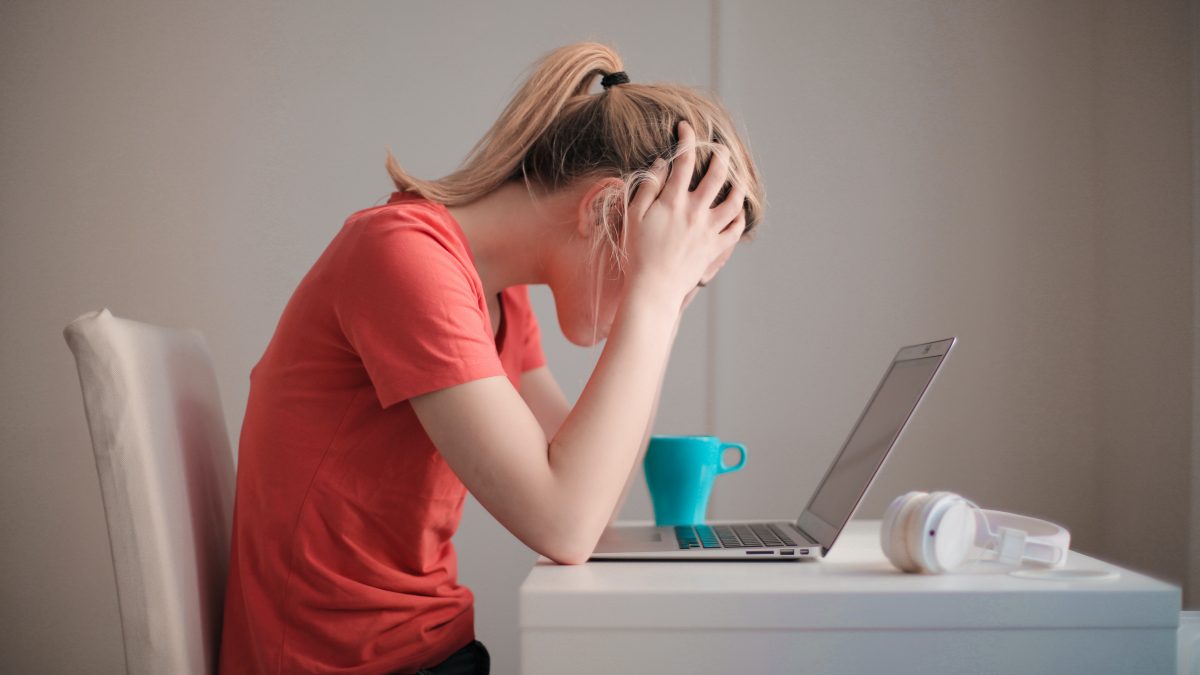 “I have to get a 7 because that’s what’s expected of me.”

Sound familiar to you?

It does to me. And to many other students at this school. (And any other IB school, for that matter.)

We hear it in the hallways, buzzing around in idle conversation. The very thought of being substandard sickens us. Anything other than perfection isn’t good enough, so anything less than straight 7s makes us idiots.

This is the broken attitude that plagues so many IB students. But everything broken can be fixed. To do so, we need to find the root of the problem.

Why are IB students so stressed?

Well, it’s not really the system itself.

I know it’s a frustrating reality, but IB students are put under the same amount of stress as other students.

“The IB recently commissioned a study on stress amongst IB students,” DP coordinator Arpeetaa Tyagi explains. “One of the things that they found was that the stress was no more than the stress students in other examination boards were experiencing.”

So why do your AP and A-Level peers seem to have it easier?

The answer is simple. Although IB students aren’t put under any extra stress, we tend to feel like we are. Research led by the University of South Florida suggests that IB students are more susceptible to the negative effects of stress. This include mental disorders and reduced academic performance.

And as you might’ve expected, it’s because of the workload.

IB students reported that academic requirements were their main stressor – much more significant than students in the general education curriculum.

Another study by researchers at the University of Hong Kong agrees with this point of view. The IB’s rigor does offer important university prep, the study says. But at the cost of something much more valuable: our mental health.

The Hong Kong study also mentions that the sheer amount of work we have to do “could restrict time allocated to the development of non-academic Learner Profile traits, such as ‘balanced’, through out-of-school activities.”

So, in effect, the academic requirements are almost counter-productive to what the IB is all about. I mean, think about it. We’re learning university-level material in six different subjects, along with three additional ‘classes’ – TOK, EE, and CAS – which take up any remaining free time we’d have.

Most college students take anywhere from one to six classes each semester. While it’s great that the IB does put us in an undergraduate’s shoes, it’s a struggle even for high schoolers with time-management skills.

Not to mention non-curricular activities that some students need for the university of their choice. For example, pre-med students have to do a ton of volunteering, interviews, and exams abroad if they want to apply in the UK. You can’t just make time for that with so many other demands.

But the work itself isn’t the only thing stressing us out. The Hong Kong study explains that “The high workload alongside pressure to achieve high marks in assignments can result in students becoming stressed and anxious.”

So it’s not just a matter of working hard; it’s working hard to meet certain expectations. High ones, not only enforced by universities or the IB, but ourselves.

Students want perfect grades because they feel like that’s what’s required of them. But that’s never actually been the case.

It’s always nice, getting a perfect grade. There’s nothing more gratifying than seeing the fruit of your efforts. Running downstairs after a stressful day at school to tell your parents that all the tears, sleepless nights, and mental breakdowns were worth it.

The trouble is: it’s not.

We all know about the negative effects of sleep and stress; but this goes way beyond all that. Perfectionism, according to AISB Counselor and Clinical Psychologist Michaela Young, can cause significant anxiety, which has long term effects on physical and mental health.

“The difficulty with perfectionism is that the person is looking for external feedback and outcomes for their behavior rather than internal motivators,” says Young. “If someone is striving for perfection, it is a goal they can never achieve, so they won’t ever feel happy and satisfied.”

Believe it or not, nobody gets straight 7s all the time. Nobody. Not even that classmate of yours who always raises their hand in class and seems to be perfect at just about everything.

Last year, the International Baccalaureate reported, to much fanfare, that the average diploma score was 29.78 points for the 2018 school year. Just to put this into perspective: you need 24 points to receive an IB diploma, and 45 is a perfect score.

Young says that “chronic anxiety about grades can actually have the opposite effect and end up causing despondency and low motivation to achieve.” She suggests that a healthier way to push yourself to meet your potential is to “focus on the values and qualities that are important to you and ask yourself each day if you are living by those. Focusing on working hard rather than getting a particular grade keeps goals within your control.”

It’s also important to remember that not everyone needs to get 40+ points. At the end of the day (or the end of IB!), it really depends on where you want to study, what you want to study, and what you yourself want to achieve. While high scores will of course impress an institution like Harvard, another university (one that might be better suited for you) might be more concerned with your list of extra curriculars or even your art portfolio.

Setting unrealistic expectations, and also comparing yourself to your peers, is one of the most detrimental things you can do for your mental health, according to Psychology Today. Some people aren’t good test takers. Some students are naturally gifted in math. Others struggle with learning disabilities.

Ultimately, universities need to change their admission process. Standardized tests should not be a part of the equation. And, quite frankly, the IB needs to take a hard look at the work load and how it affects us students.

But until then, we need to remember that a 7 is just a number–and a number that is often times unreachable. As Tyogi says, “Ultimately, no one should let a number – or a set of numbers – define oneself.”