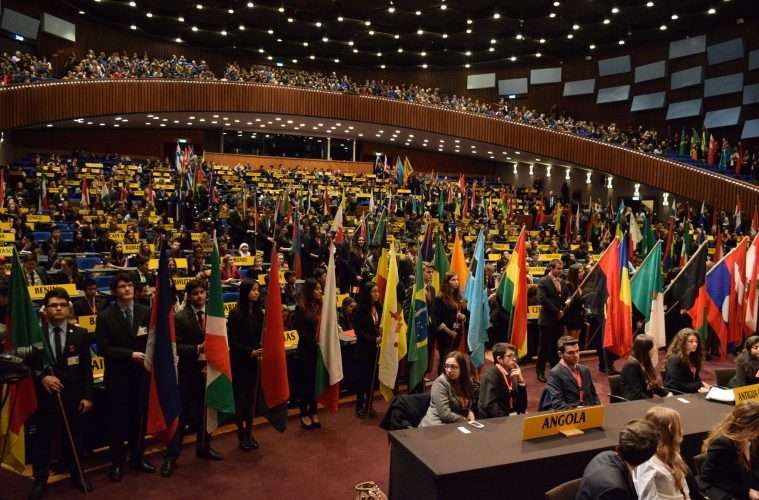 AISB’s high school Model United Nations (MUN) team traveled to the Netherlands during the last week of January, in order to compete in the annual THIMUN (The Hague International Model United Nations) conference. The event attracted 3,200 students from more than 200 schools around the world, making it the largest MUN conference in the world.

The group, minus three members, at the THIMUN conference.

“The entire conference was absolutely amazing; I got my resolution passed with an overwhelming majority,” says Mehdi, who worked on the issue of developing urban areas facing extreme weathers caused by climate change.

“I chose it because it was the most interesting topic in my committee. I take ESS and Geography and both of those cover climate change thoroughly. Reports released by multiple international organizations show that the urban areas areas are highly at risk caused by climate change.”


Flora adds, “My committee focused on work in a globalized world. The issue that caught my attention was promoting work opportunities for youth; it was incredibly interesting to explore what employment opportunities youth like me could take on.”

The service group at an art museum in The Hague.

There were approximately 150-200 students per committee, where only 10-12 resolutions were debated over five days. Thus, it was a challenge for students to not only get their resolution passed, but to be debated in the committee.

Since so few resolutions were actually passed during THIMUN, there’s a “strong likelihood that they will be sent to the UN,” according to Medhi. And with topics on such important issues as climate change and employment, we hope he’s right.

There will be a small MUN conference held at AISB on the 22nd and 23rd of March, hosting students from English speaking schools in Bucharest. All students from Grade 6-10 are welcome to participate. Older students can also apply for chair or admin positions. If you want to get involved, contact Ms. Margritha Hofman at mhofman@goaisb.ro.