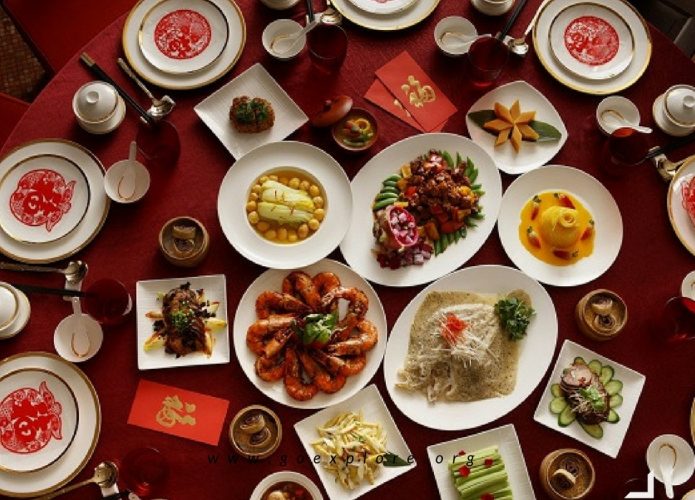 Last school year, we published an article about cuisine in the southern and northern regions of China, and now it’s time to talk about the east and west, based on the common Chinese saying, “South-sweet, north-salty, east-hot and west-sour.”

But there is an interesting thing:  if you ask any Chinese person which province has the spiciest food, they will definitely answer “Sichuan.” But, Sichuan is actually in south-west China.

To recommend the most famous and best spicy dishes, we posted a questionnaire on Weibo, China’s most popular social media app, asking Chinese netizens about their favorite spicy dishes. Here are the two most commonly mentioned.

On a cold day, when you walk into a Chinese restaurant and order boiled beef, you’ll soon smell a very spicy but floral fragrance. The chef will come out with a pot of brightly-colored boiled beef–the hot air rising above the dish, allowing its spicy smell to pass through your nose, making your mouth water. Pick up a piece of delicious beef and bite it, and you’ll feel its tender texture on your tongue.

If you use chopsticks to pick up the top layer of beef, you will see there are cooked vegetables underneath. The vegetables (such as Chinese cabbage and celery) taste crunchy, fresh and a little spicy.

If there was a time machine that could take you to 1860’s China, you might find yourself in the Sichuan province. Follow the hoards of people walking into the famous local restaurant, and find the woman in charge, nicknamed “Mapo.” Order the restaurant’s signature dish, named after her: mapo dofu. In a matter of minutes, a bowl full tofu and ground beef, swimming in fiery red oil appears.

The creamy tofu cubes taste very spicy yet somehow mellow, and the beef tender and salty. Because it’s cooked with dry pepper oil, the dish is very fragrant and has a distinctive spiciness that makes the palate flourish without becoming too bitter or biting the tongue.

Although the old saying goes that “South-sweet, north-salty, east-hot and west-sour,” this doesn’t mean that all people in the west of China only eat sour foods. But two big sour-eating regions of China, the Xiangxi region in Hunan province and the Shanxi province, have “xi” in their names, which means “west” in Chinese. So that’s where the “west-sour” comes from.

But some western regions also eat sour foods. Sichuan people, for example, do not only eat hot food, but also love sour flavors. In Guizhou province, which is also in western China, sour flavor is the main characteristic–coming mostly from vinegar, soy sauce, and pickled vegetables.

There is a very interesting legend in the Guizhou province (which is famous for eating sour flavors). Once upon a time, there was a popular girl who used to live in the mountains. She was not only good-looking, but also had a lot of abilities (such as singing and dancing); a lot of boys liked her. To choose which suitors liked her the most, the girl would fill a bowl of strong sour soup. Whoever drank the most, proved himself to be the best option.

This sour soup has continued to today, and it is often used in Suan Tang Yu, a meal Guizhou people cannot live without. In fact, locals have the saying, “Three days you don’t eat sour, you will feel you are walking in a crooked line.”

Suan tang yu is made of fresh fish (usually the local fish, Jiangtuan), tomatoes, white vinegar, and many other things. The tomatoes and peppers are pickled in a small, airless jar, and turned sour, which give them a unique smell. When the Suan tang yu is finishing cooking, the fish under the skin is white and tender, and easily melts in your mouth.

Hot and sour are common flavors in China, and Chinese people usually use these two flavors together in a dish. For example, hot and sour noodle soup, one of the most mentioned and voted dishes by Weibo users, is famous all over China.

The soup is tasty and refreshing, with slippery glass noodles, roasted peanuts, and zha cai (a pickled vegetable stem from China). Hot and sour noodle soup is oily but not greasy, and a bit chewy; but you won’t dislike it. It’s easy to make, but glass noodles take a long time to boil. Chinese people eat hot and sour glass noodles with many different sauces and seasonings, depending on their taste.

In fact, many dishes in China are sour with hot, or vinegar is added to hot dishes, which make up some of the country’s favorite dishes.

Want to try some of these dishes?

Tell us: Do you like Chinese food? If so, what’s your favorite dish?