The traumatic events that happened on September 11th, 2001 left permanent scars on millions of people in the United States and around the world. Sean Whitney, Learning Support Teacher at AISB, was directly involved in documenting the tragedy.

Whitney moved to New York City in January 2001–just eight months before the terrorist attacks. He had recently graduated from the State University of New York (SUNY Geneseo) with a degree in film production, and had found a job as a studio coordinator and technician for a production company. The office was located thirty blocks from the World Trade Center. 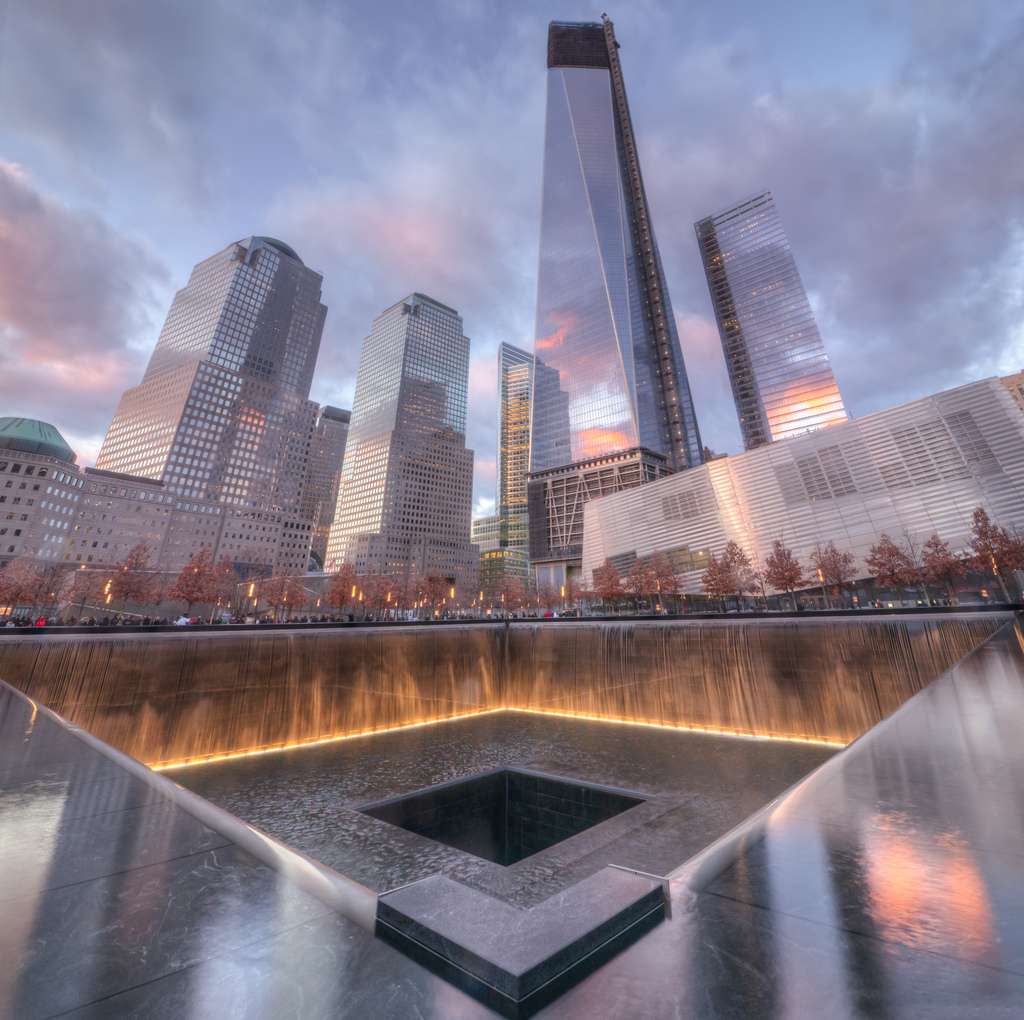 Ground Zero and the memorial waterfalls, courtesy of Dave G, via Flickr.

On September 11th, Whitney went to work as usual, at 8:30am, with a cup of coffee. As Whitney recalls, “Everything felt normal that morning.”

A few minutes after he arrived to the office, a colleague rushed to his desk and asked him if he saw the news. Whitney turned on the television  and saw that there was a fire in the World Trade Center. Later, one of his coworkers called him up to the roof to have a look.

At first, he thought it was an ordinary fire or some kind of accident. But 17 minutes later, someone informed Whitney that a second plane crashed into the South Tower. It was now clear that the United States was under attack. 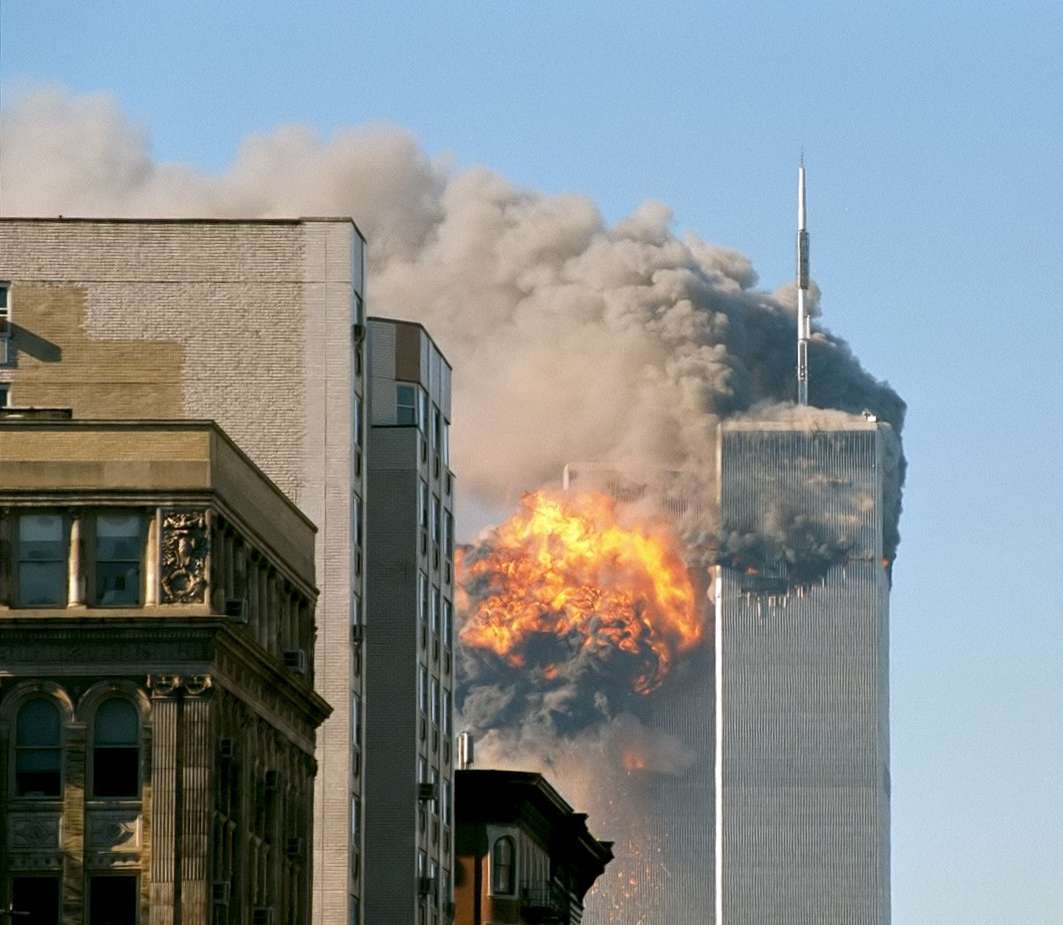 The towers shortly after the second plane hit, courtesy of Wikipedia Commons.

Whitney went upstairs and started to record the tragedy on camera. He filmed both buildings collapsing. “I was on the roof for about ten to fifteen hours a day for the next week [Sept. 11-18],” he recalls. “Maybe more.”

Cell phones were down and New Yorkers weren’t able to get in touch with their families. The Twin Towers housed a sizable communication antenna and because the building collapsed, communication was at a standstill.

Though Whitney couldn’t use his cell phone, he knew that if he used a landline, he would be able to reach his loved ones. “When I first talked to Jackie [Ms. Whitney], we were almost speechless,” he says. “We were scared, mad, and shocked.” Ms. Whitney worked about ten blocks away at an English language school. Students were released almost immediately so they could get home safe to their families.

About one month after the incident, the production company where Whitney worked was forced to shut down as a result of economic issues stemming from the attacks. However, he was able to find a temporary job in Philadelphia. “I might not have left New York if 9/11 had not happened,” he explains.

When he did return to New York, he remembers “it was eerie, vacant, and it brought back memories. Still to this day, it’s hard not to think about it when I’m at home in New York.”

It’s been 17 years since those planes crashed into the Twin Towers, but the scars have not fully healed. For Whitney, he says, “The feelings that arise are about the anger and hatred that this event seemed to create for people. I am afraid that 9/11 will repeat itself unless governments speak openly with other governments, with sincerity and mutual respect.” 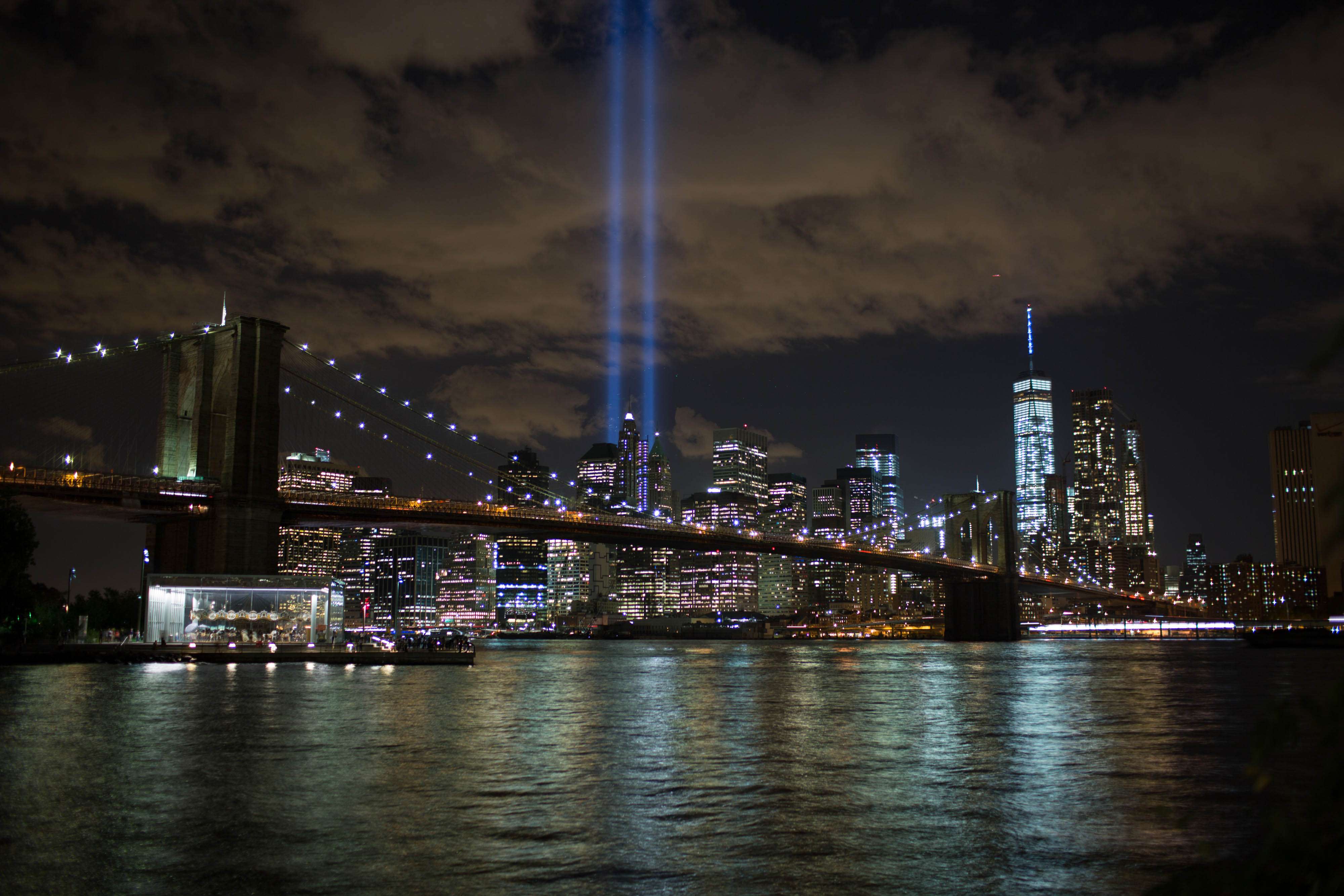 Every September, on the 11th, a memorial called the Tribute of Light is held in memory of all the victims of the attacks. Eighty-eight searchlights, placed a few blocks south of the World Trade Center, are illuminated to replicate the Twin Towers.

On the tenth anniversary of September 11th, President Obama had the following to say about the event: “Even the smallest act of service, the simplest act of kindness, is a way to honor those we lost, a way to reclaim that spirit of unity that followed 9/11.”