The first cereal cafe in Romania, called Cereal Crunch, recently opened on March 7th. Pictures of the inauguration were posted on the cafe’s social media, Facebook, and Instagram. The cafe’s small but cozy environment is perfect to have a nice bowl of cereal of your choice with friends and family.

When asked about the inspiration behind the creative idea of making this cafe, the owner said, “A few years ago, I was in New York and saw something similar. Kellogg’s had a cereal bar, but it only had Kellogg’s cereals. That was the moment when I started thinking, why shouldn’t I create something with all types of cereals?”

Why is it so popular?

Cereal Crunch has been very successful from the day it opened. The staff was thrilled that so many people were open to new ideas and enjoyed this concept, because they were afraid at first that people wouldn’t accept it, since it was something new and unique. The cafe allows customers to mix and match between different tasty cereals, flavored and colorful milks, as well as a variety of toppings.

Apart from happy and impressed customers, the most positive feedback the cafe gets is the wide smiles on children’s faces. “When kids come here, they are in their world, and for the feedback, their smile says it all,” says the owner. 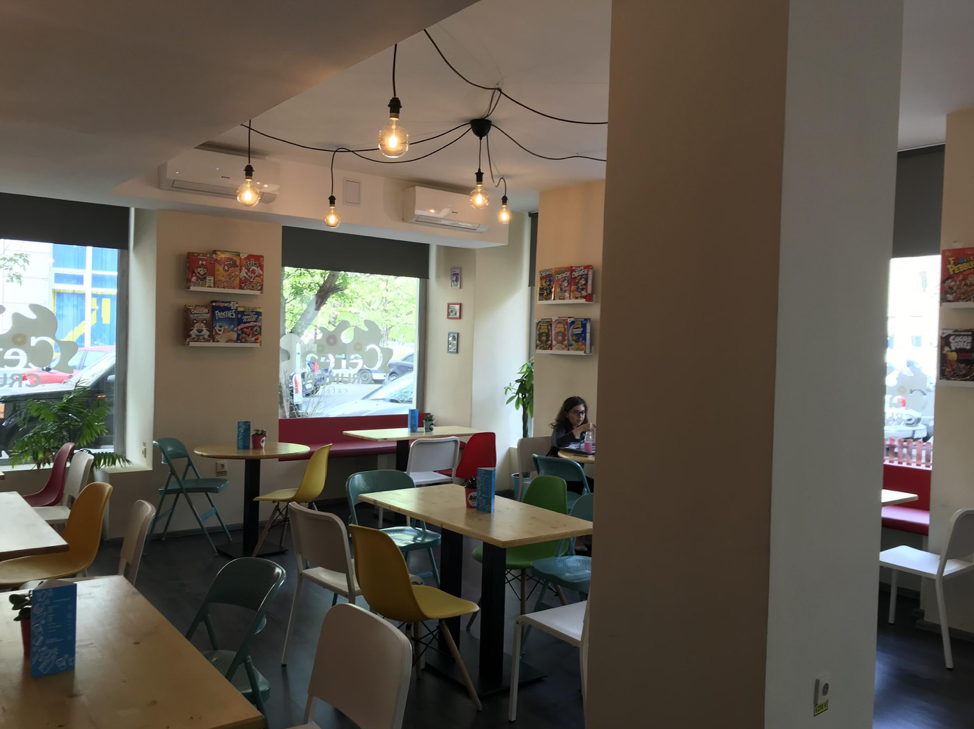 The cafe offers more than 100 kinds of cereals to choose from. All types are brought from their countries of origin, with the majority coming from the United States. The cafe also has cereals from Canada, Spain, France, and from all corners of the world.

Among the most loved choices of cereals, Fruit Loops, Lucky Charms, and Captain Crunch are among the most well-known and popular. When the cafe’s owner was asked about his personal favorite, he happily said, “I love Fruit Pebbles, Apple Jacks, Reese’s and mostly everything with peanut butter. I can’t really just choose one.” 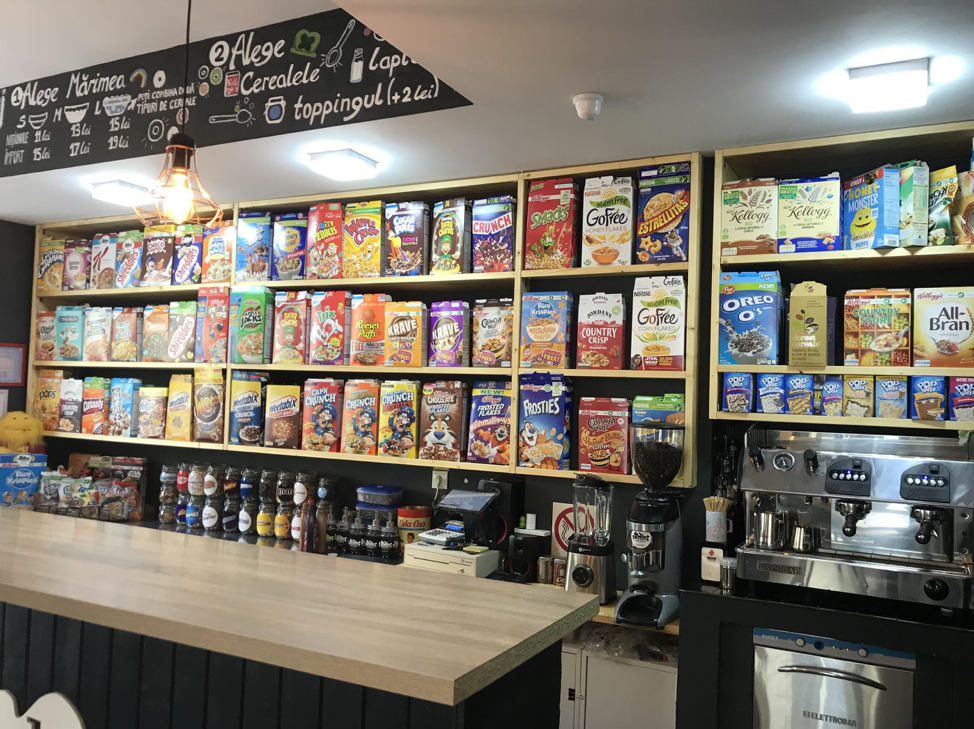 From flavored to multi-colored, the cafe also offers a choice of 14 types of milk and a multitude of toppings to create your perfect bowl. The cafe offers many different types with 0.1%, 1.5%, 3.5%, and even milk without lactose, as well as the 10 premium types which include goat, almond, soy, soy vanilla, soy chocolate, quinoa, peanut, oat, rice, and coconut. Not only can you flavor your milk, but you can also choose from a wide range of colors for an additional 2 lei. Pink, blue, purple, green, or any other color that you desire.

In addition, there are a total of 10 toppings to choose from, such as Reese’s and M&M’s. There are also 12 different flavored Pop-Tarts, which is Kellogg’s most popular brand to date in the United States, with millions of units sold each year. They are mainly distributed to the United States, but also in Canada, Finland, Ukraine, the United Kingdom, Ireland, and New Zealand; with Romania being one of the few places not distributed to.

What are the prices? 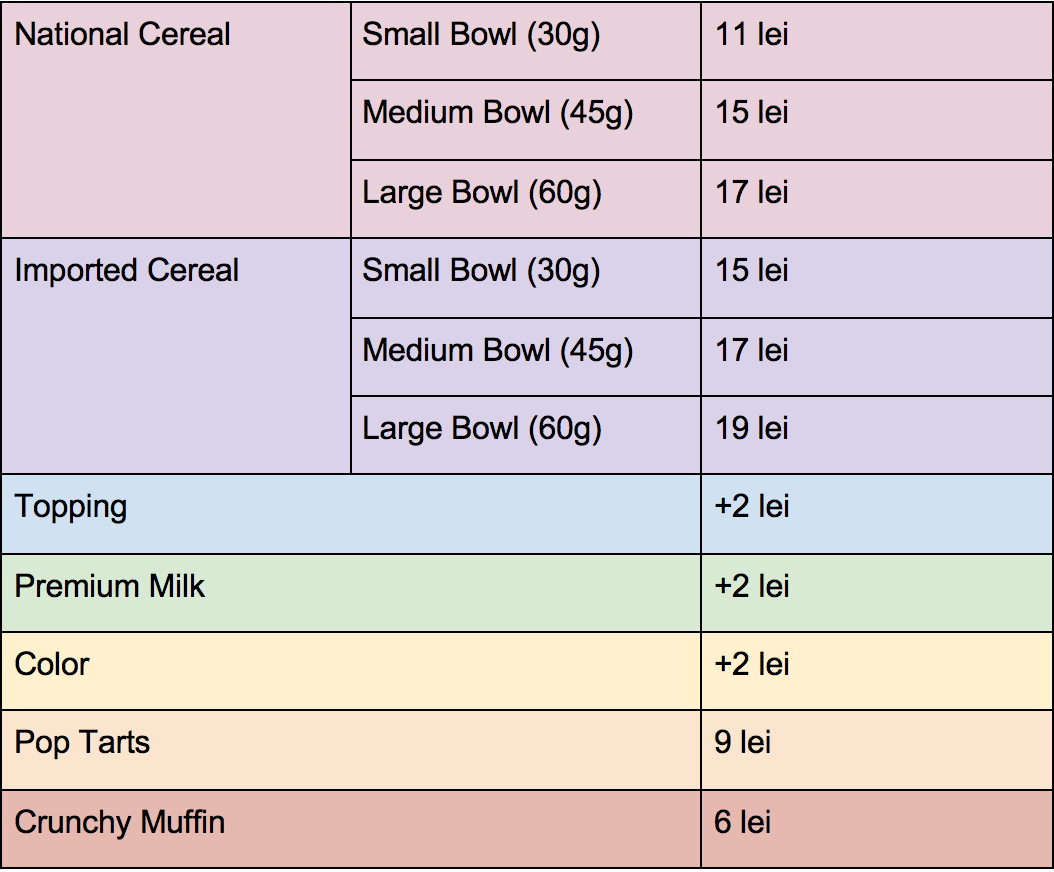 The cafe also offers a variety of drinks to choose from: 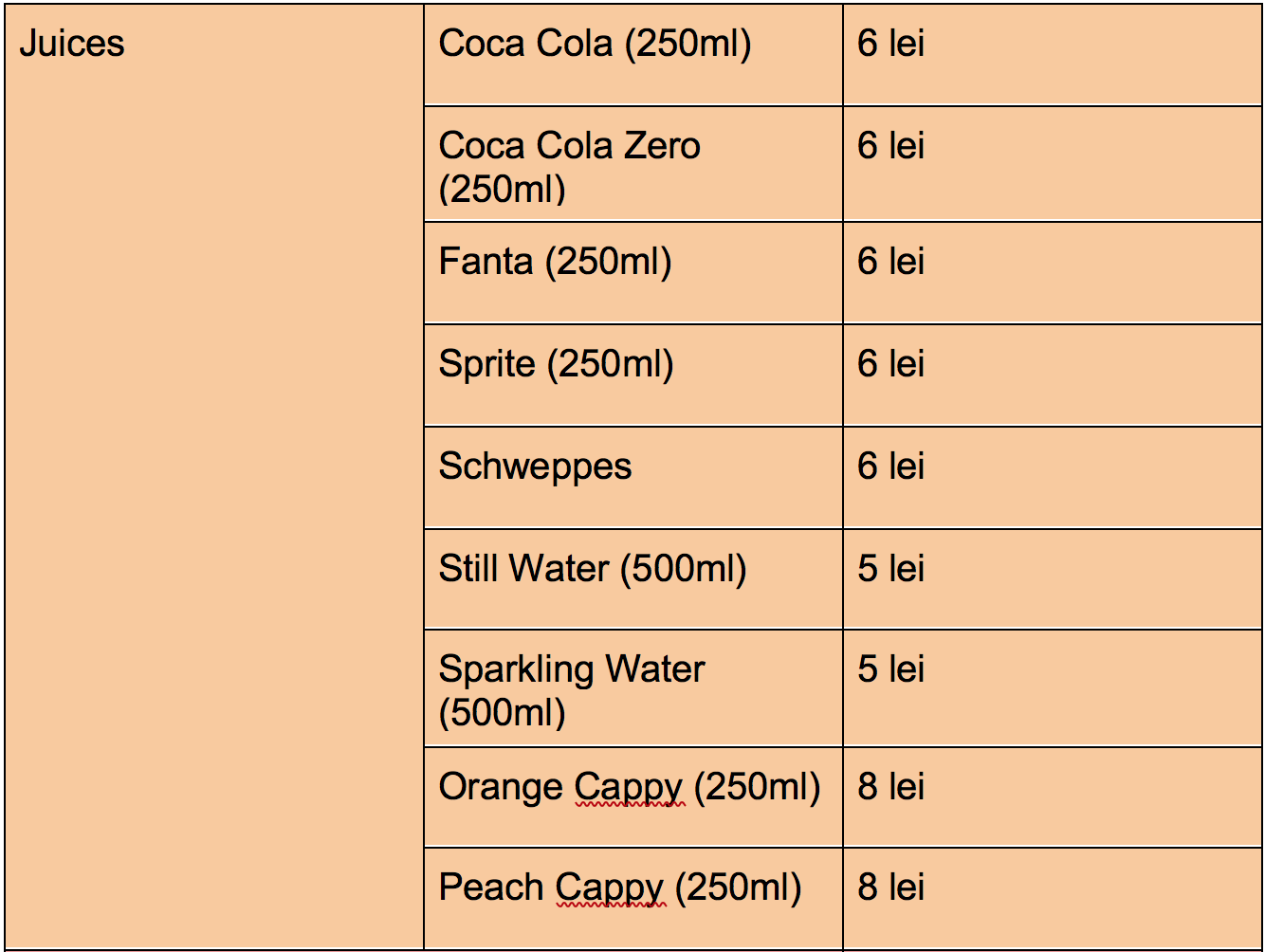 Is it worth it?

The Bite really recommends that you visit the Cereal Crunch Café at least once. The food offers the tastiest cereal options from around the world, as well as the multiple milk and topping options. The service is friendly, fast, and helpful, which makes it an even more unforgettable and tasty experience. Definitely a very good cafe choice! 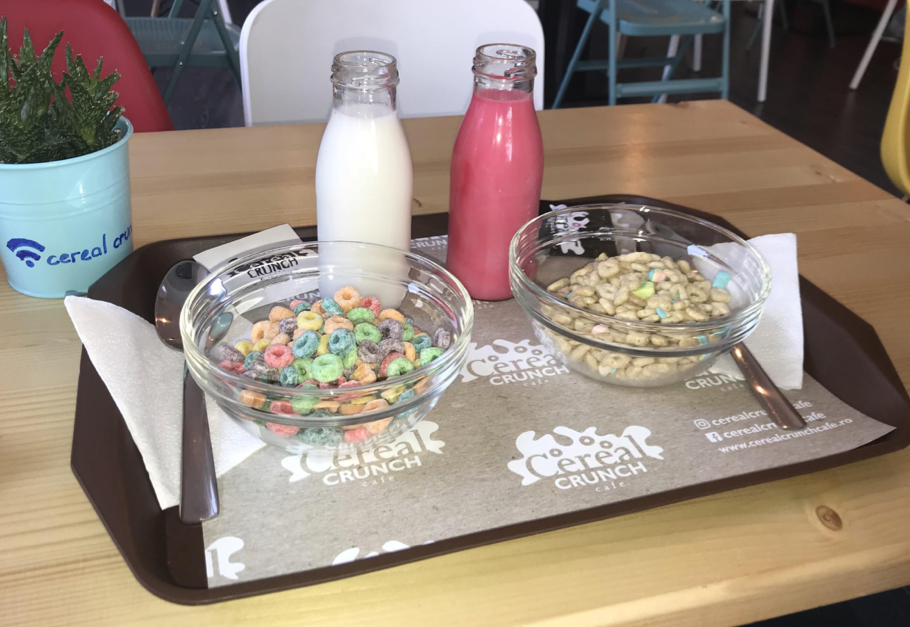 We ordered one bowl of Fruit Loops and one bowl of Lucky Charms, opting for coconut-flavored milk (one with additional pink coloring).