On October 6th and 7th, Romanian voters were presented with a question: Should the constitution be changed to recognize marriage as “a union between a man and a woman?” Or, quite simply, “Should there be legal language put in place to prevent gay marriage in Romania?”

Due to a low voter turnout, the referendum failed. But conversations about these types of proposed laws are just beginning. And in a country that ranks 25th out of 28 EU members on issues like LGBTQ+ recognition and gender equality, it’s our responsibility as international students to start our own discussion.

Understanding the Opposition to LGBTQ+ Rights in Romania 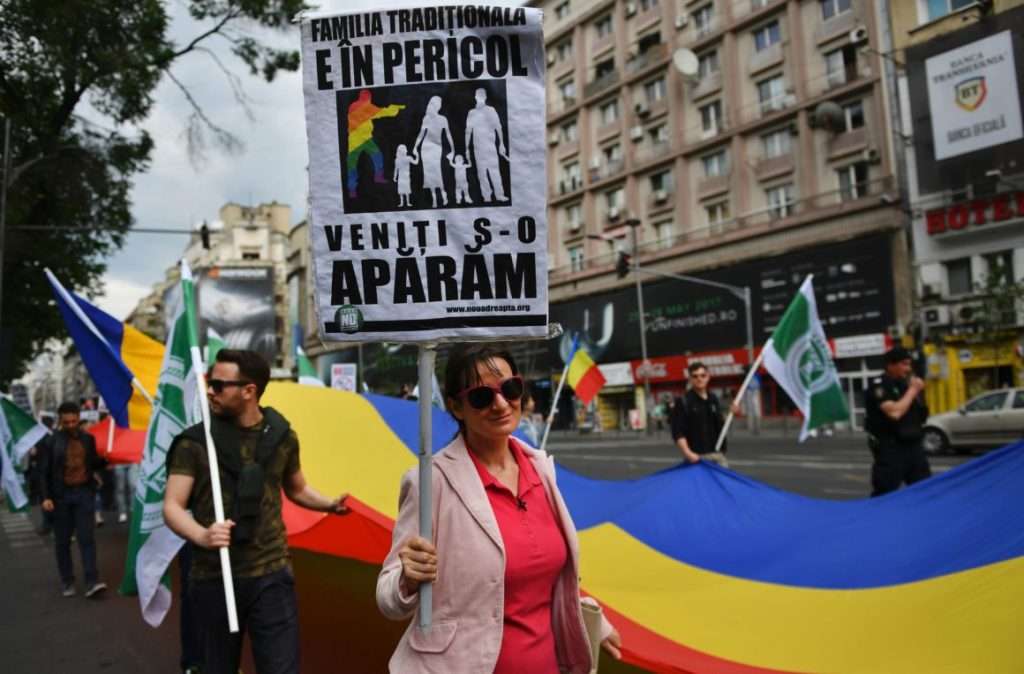 A woman holds a sign in Romanian, “The traditional family is in danger, come together to defend it!” during a protest against homosexuality in Bucharest on May 20, 2017. Photo credit: DANIEL MIHAILESCU/AFP/Getty Images.

In a recent Reuters article, Romanian journalist Luiza Ilie cited that this referendum is just one of many initiatives undermining pro-LGBTQ efforts. The Socialist Democratic Party, which is currently the biggest party in Romania’s parliament (with a total of 63 seats in the senate and 158 seats in the chamber of deputies), has repeatedly declared its support to legally define a family in “traditional” terms, spending large sums on advertisements and televised campaigns.

But this problem isn’t necessarily a question of politics, as it has more to do with Romania’s culture and religion. According to a recent study conducted by The World Atlas, Romania is ranked as the most religious country in Europe, with only 0.2% of its population identifying as non-believers. Eighty percent of Romanians identify as Christian Orthodox, which is considered the second most conservative branch of Christianity.

The Orthodox church in Romania has publicly criticized same-sex marriage on multiple occasions. In fact, in 2015, the Bucharest Pride Parade was canceled because it was dismissed as being “disgusting and inappropriate,” as reported on the Romanian Orthodox Church’s website, in an article entitled “Saptamana Agresiunii Homosexuale,” or “The Week of Homosexual Aggression.”

The influence of the Romanian Orthodox Church is undeniable, and according to Hotnews Romania, the recent attempt to reform the constitution would not have taken place had it not been for the 3 million signatures gathered by the church and a pro-family organization called “Coalitia Pentru Familie,” or “Coalition for the Family,” for a petition against the marriage of same sex couples.

The  Human Rights Watch Director for the LGBT rights program, Graeme Reid, has commented that this referendum was in complete disharmony with Article 21 of the EU’s Charter of Fundamental Rights, which prohibits discrimination in regards to sexual orientation.

How this relates to our school 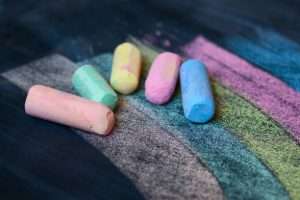 Within AISB, there is a significant number of individuals–teachers, staff and students–who consider themselves members of the LGBTQ+ community. And, depending on where these individuals come from, their level of self-acceptance varies.

Romanian native and AISB’s Manager of Admissions & External Relations, Catalina Gardescu, admits that the hardest thing she’s done in her life was “admitting [to herself] and the people around [her] that [her] soulmate and partner is another woman.”

Gardescu grew up in a conservative, Romanian Orthodox family. “I always listened to my parents,” she says. “I married the first and only boy I ever seriously dated; stuck close to home; had a baby.” She adds that she knows “this story isn’t unique,” but that–like many others who have struggled to come to terms with their sexual identities, she was “aloof, and depressed most of the time.”

When Gardescu met her life partner, AISB’s SIS Coordinator & Data Protection Officer Laura Amza, she says, “I knew this was something that would bring and keep me alive.”

It took about five years for her to settle into this new identity, and she lost a lot of sleep and “friends” over it, but Gardescu states that she finally felt okay about it after AISB’s Director Robert Brindley arrived and asked her, “What is your relationship with Laura?”

“I first froze, then told him the truth,” she remembers. “I thought I was going to get fired–that Laura and I both were. Instead, he continued his questions, wanting to know what the perception was in Romania of gay couples–how the two of us were seen at school–if we were out in the open–and ultimately, but most importantly, how he could protect us.”

How we offer this protection to students 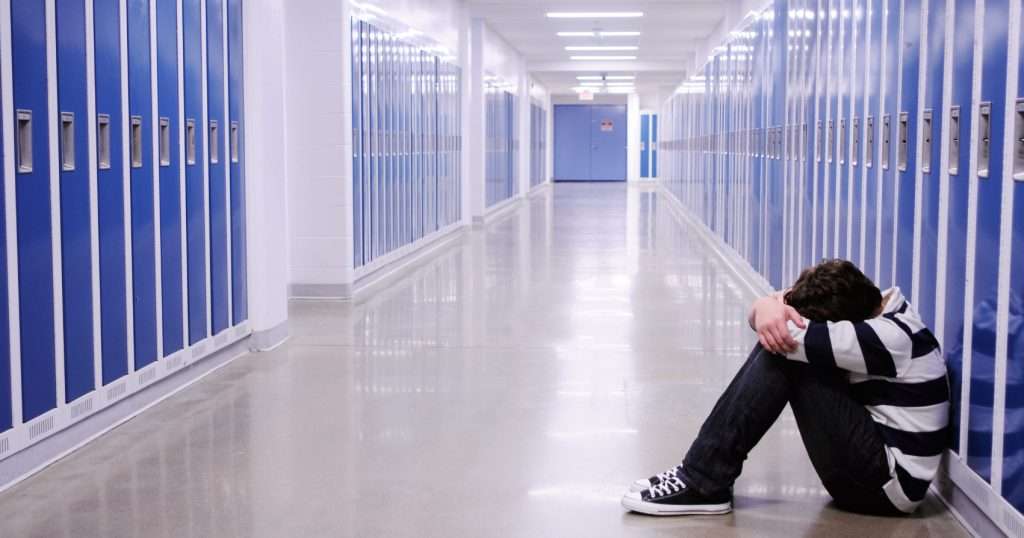 According to the Stonewall Organization in the UK, 52% of LGBTQ+ high schoolers are bullied for being part of this community, and 90% percent of these students say they “feel absolutely no sense of belonging when going to school.”

What is even more bothersome is the fact that LGBTQ+ students are 40% more likely to complete suicide than heterosexual students, as found by the Centers for Disease Control and Prevention (CDC) in a 2015 study.

While it’s hard to report on all the reasons behind these statistics, most studies point to bullying and a general feeling of non-acceptance.

“Being able to feel accepted and part of a group is one of the most important factors for mental health and well-being–especially for young people,” says Clinical Psychologist and AISB Counselor, Michaela Young. “Having worked with many adolescents struggling with gender and sexual identity, the most important thing we can do is to accept them for who they are.”

And although our school does a good job providing the right resources such as counselors, the recent Ask Anything initiative, and several awareness campaigns, our LGBTQ+ community needs more.

While there is a broad understanding of acceptance within our school, it’s important to create an initiative that meets the needs of the LGBTQ+ community.

Some initiatives that have proven helpful in schools around the world include Gay-Straight Alliance (GSA) groups, which provide a “safe space for LGBTQ+ students to thrive,” and LGBTQ+ clubs that focus on helping these students with issues like coming out and self-acceptance, as well as the implementation of thorough curriculums that educate students on the different characteristics and aspects of the culture.

According to the American National School Climate Survey, LGBTQ+ students feel 20 % safer coming to school if they belong to a group like the Gay-Straight Alliance or a Safe Zone LGBTQ+ club. Schools around the world have found success implementing LGBTQ+ specific anti-bullying policies, hosting pride weeks and even celebrating LGBTQ+ media such as films, literature, songs, and artwork.

The Harvey Milk High School in New York, The Southend High School for Girls, The Safe School Coalition in Australia, and the LGBTQ+ strict anti bullying policies in Canada, are just a few of the world’s examples that have achieved success in promoting tolerance and integration.

Although we live in a conservative country, it is important to remember that our school stands for something different: the celebration and support of all its students regardless of their sexual orientation. It stands for an environment where labels should not exists and where teenagers can enjoy their rights and express their thoughts freely.

The first step that we need to take as a community is creating measures that will help students express themselves openly, and to feel safe doing so. Only then we can say that enough has been done to advocate for these students and make them feel like they are not alone.

Tell us: What do you think we should do to support our LGBTQ+ community? Comment below to start this important conversation.