Micah Smith looked out over Bhaktapur, watching the dust rise as people’s homes caved in, and the ground shook beneath his feet. What he didn’t know was that he was witnessing an earthquake that killed over 9,000 people, leaving 22,000 injured and more than 3 million homes destroyed; one of the largest earthquakes ever recorded.

Smith, an elementary teacher at AISB, flew into Dhulikhel Bhattidanda, Nepal with his mother the day before the devastating Gorkha earthquake. The first shockwave, with a magnitude of 8.1, hit at 11:56 in the morning in Nepal, on the April 25, 2015.

Visiting Nepal as a tourist with his mother, Smith had spent his first day looking at tourist attractions. He visited the Bhaktapur Durbar square, a plaza that contains the old kingdom palace as well as many old temples.

When the fatal earthquake hit, Smith was on a drive up a mountainside to get a view of the city. He was about a 30-minute drive out of the center, and was driving back down the mountain side, when he felt the car rocking back and forth viciously, and the ground beneath him shaking.

They got out of the car in fear of it falling off the thin road. “We had to wait outside the vehicle as we were scared of landslides and if there were landslides we were scared that our vehicle would fall off the cliff. We waited about an hour until the aftershocks died down.” 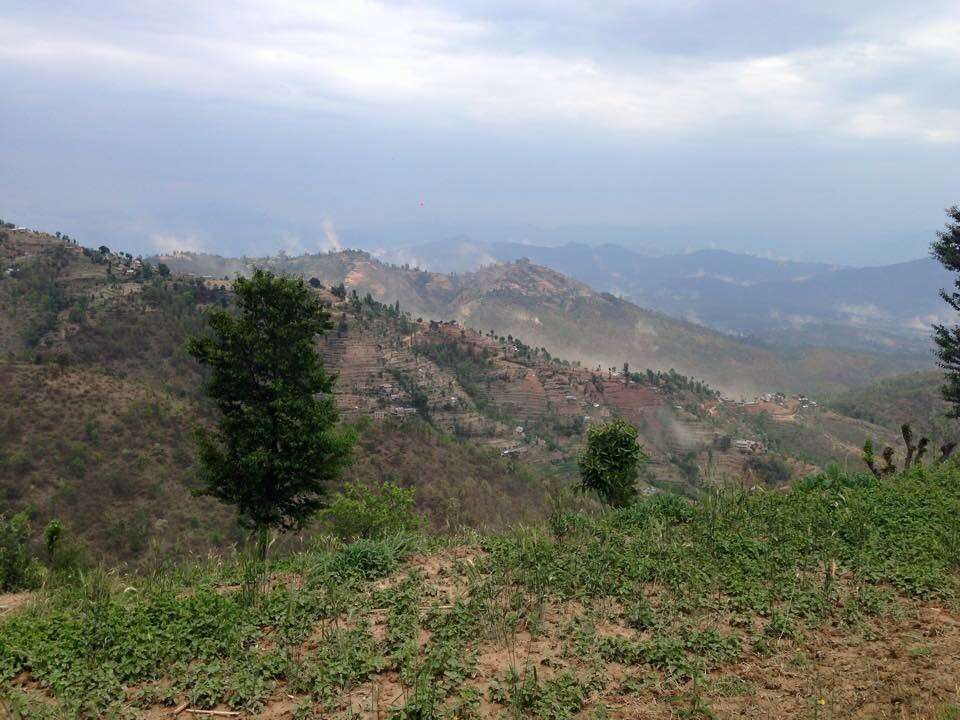 View of Bhaktapur, Nepal, and surrounding area during the earthquake.

Outside the van they had a view of Bhaktapur. Smith says, “I looked across and had a panoramic view of the city. I saw hundreds of houses and buildings collapsing. There were about 20 aftershocks. We still didn’t know what was going on. And after a few minutes we were informed that it was an earthquake.”

As Smith waited patiently for the earthquake to end, he finally had time for the situation to sink in. “I was feeling like I needed to protect my mother and to keep everyone safe,” he remembers. “I felt like I was in danger because we were on the side of a cliff. I was worried for my mother’s safety, but it gave me a feeling of reassurance that we weren’t by ourselves, we had a guide with us and he took care of us.” 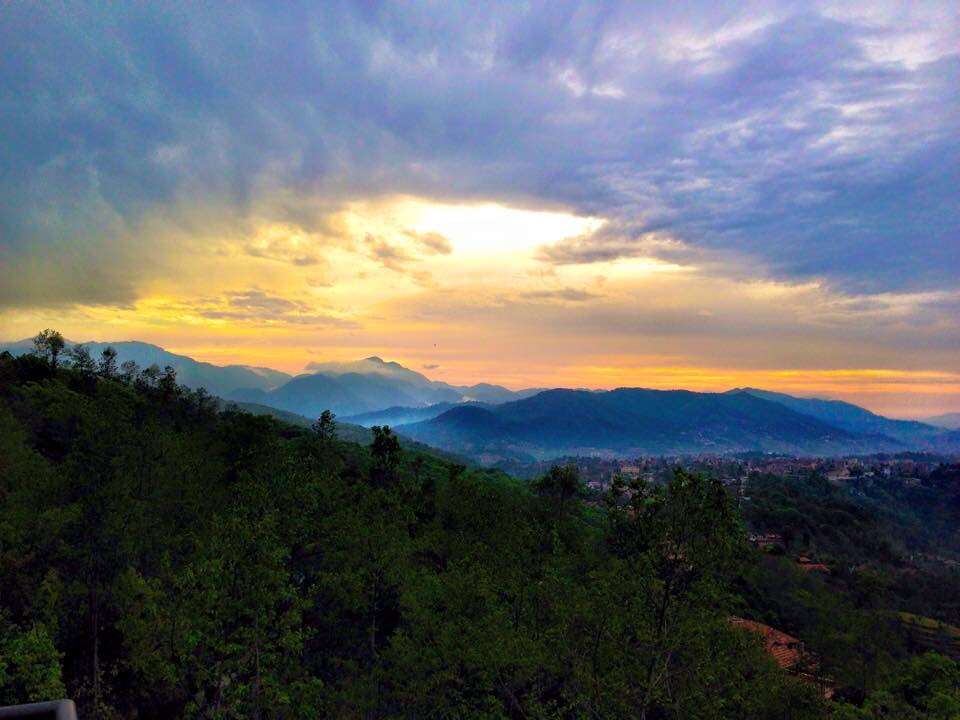 Sunrise on the mountainside near Bhaktapur.

After the shockwaves died down, Smith and his mother made their way back to their hotel. It took them about another hour to walk back, because it was too dangerous to drive.

“When we walked back, we saw collapsed houses that were just demolished. The material that they were built out of just turned into crumbles in the earthquake; they didn’t have a strong infrastructure or a strong foundation to these houses and the people there had very little resources or money, so their houses collapsed,” Smith comments, reminding himself of how lucky he was.

On his way, he passed hundreds of people on the streets whose homes had been ruined. “I saw lots of people living in tents on the side of the dirt road. Hundreds of people. Not even in tents; in garbage bags, just to cover themselves,” Smith recounts. “Whole families were living under the same tent, up to 20 people sharing a tent. Many were scared to go back inside their homes in case it collapsed.”

Smith started to feel the sadness and despair of the local Nepalese, as he saw the demolition that the earthquake had caused. He walked past collapsed and ruined homes. He could see the hopelessness on the people’s faces as he passed them on the street.

They made it back to their hotel and found that it was damaged in the quake. Smith recounts, “When we went back to our hotel room and there were huge cracks in the walls. They were scared and didn’t let us go back to our rooms. We were on the bottom floor so they were scared that if the beams had a crack the hotel would collapse. So everyone in the hotel had to sleep in the pool room, where we slept for the next two days.”

Their hotel, which was outside the city center, and had a helicopter pad, brought in people from other hotels that received worse.

For the next two days in the pool room, he could only think about how lucky he was that nothing had happened to him or his mother, as the threat lessened. The aftershocks continued for a whole day after the initial shock, so he wasn’t at ease until they finally stopped, and he felt that he was no longer in danger. But Smith was still very eager to leave Nepal, and he was unsure of how much longer they would have to stay until they could leave. He thought it could be up to five days before he could fly out. 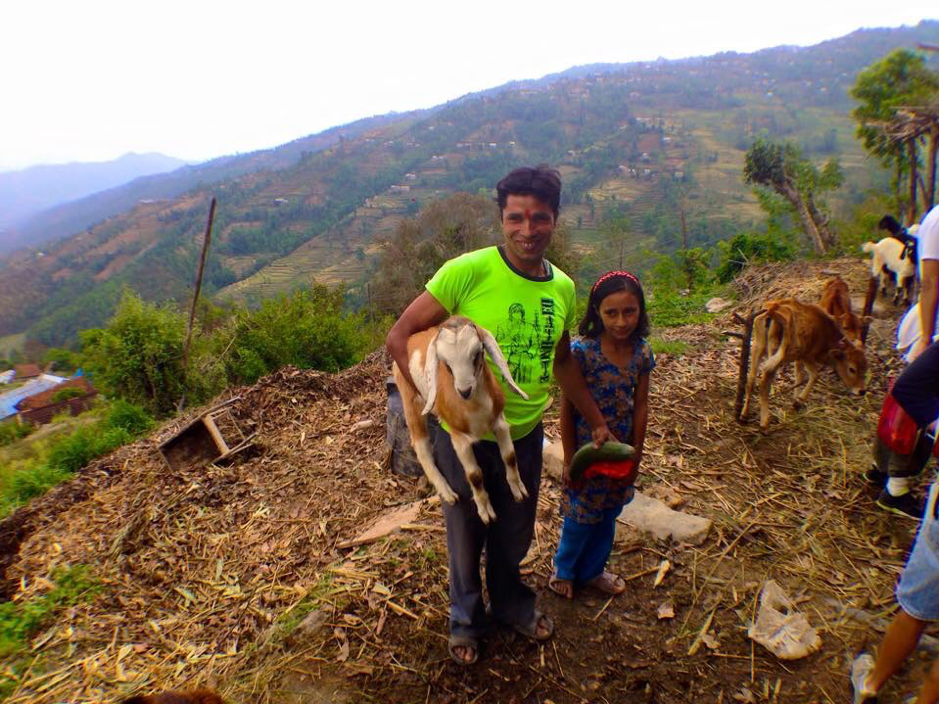 The second day after the initial shockwave, they were finally able to make a phone call, in the hotel. The days after the earthquake they had no connection to Wi-Fi or telephone and Smith didn’t have any way to contact his wife, who wasn’t on the trip with him.

Smith made a phone call to his wife, who had already heard of the earthquake, but not from her husband. “She was crying. She was just glad I was okay. She was very emotional. She was very worried,” Smith describes, honestly.

He was grateful that nothing terrible had happened to either him, or his mother. But a part of him felt sad to be leaving behind millions of people without homes.

“When I was leaving, I felt sad for the people. I felt happy to be leaving. I felt blessed that I was safe, that my mom was safe. We both could have been dead; it could have gone worse for us,” Smith said. He felt that no one deserved when the Nepalese people had to live through. “Everyone that I met there [Nepal] was very happy and very nice. I was sad to see such bad things happen to good people.”