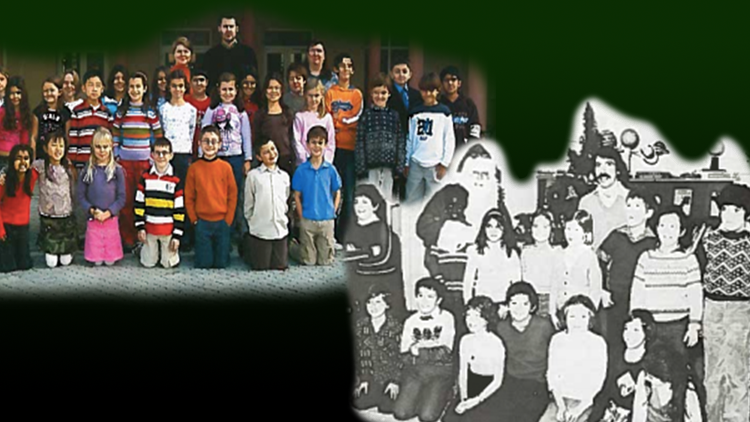 Imagine a dark, cold room where a dedicated teacher is leading a class of ten students. This room is located in a desolate building, in a gloomy, sorrowful country going through a devastating time: the Communist era.

Believe or not, this is what it was like at the American International School of Bucharest about 50 years ago. AISB dates back to 1962, now having 56 years full of memories. It was able to survive and overcome all of its struggles, from having inadequate locations with unbearable conditions, such as no electricity and heat, to surviving as a foreign educational institution during communism and moving past the tumultuous revolution.

“AISB was like the first American Colonies,” says the school’s first teacher Mariela Suma, in an interview for AISB’s commemorative book, 50: Celebrating Fifty Years and Beyond. It started out as a small and humble school, ultimately becoming a strongly connected community. Although it is now the most impressive and modern school in Romania, AISB wasn’t picture perfect from the beginning.

How did it all start?

The story begins in Bucharest, known previously as “The Little Paris,” which, at the time, was ruled by communists. The city presented no English schooling options.

The U.S. Ambassador William Crawford had just moved to Bucharest in 1962 together with his wife Barbara and his daughter, who was too young to study abroad. The couple, together with other dedicated diplomatic parents, wanted to create a suitable learning environment for their children.

The Ambassador had a meeting with the Romanian President at that time, Gheorghe Gheorghiu Dej, and asked him for permission to open a school for the diplomats’ children. Surprisingly, the President agreed, and ASB (the former name of our school) opened in its first location, an apartment with three rooms on the second floor of a building on Vasile Conta Street.

Answering to the ambassador’s requirement of recommendations of teachers, the Romanian foreign minister recommended Mariela Suma, as she had the professional background and English skills. She started at ASB on the first day that it opened and retired in 2006 after having served the school for more than 40 years. 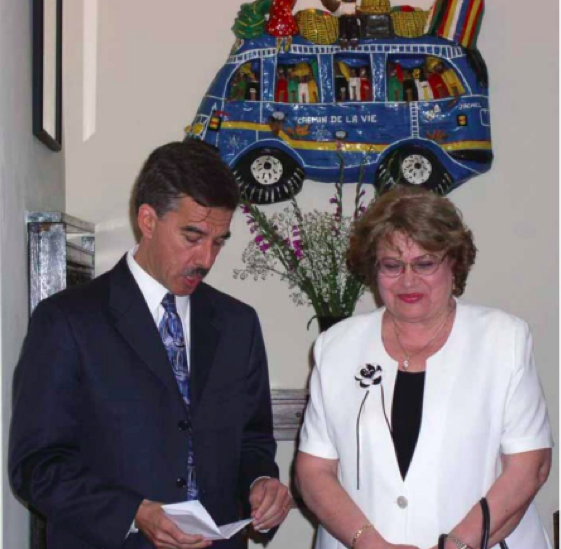 Suma at her retirement ceremony.

The school first opened with ten students from three different countries, with two teachers, Mariela Suma and Pat Polivka, the wife of one of the diplomats. Suma remembers, “We had a hallway, wooden floors – you could hear every little step – there were two rooms on one side and one on the other. This location had three rooms. Room 1 was for grades 1, 2 and 3 and room 2 was for grades 4, 5 and 6 while room 3 was for the office.”

The school depended on the embassy for all expenses. Even though the conditions were tough when supplies were limited, the students, with the help of their dedicated teachers, had a great time. By 1963, ASB had 13 students. In 1965, the school accepted a few Japanese students, the second nationality to join ASB. Later on, British students were accepted, and all of these children followed the standard American Curriculum.

As the yearspassed, the conditions in Vasile Conta became tough, as classrooms were burning hot in the summer and freezing cold in the winter.

As a consequence, in the 1970s, the school moved to its new location in Popa Chitu. The enrollment had grown to 100 students coming from 20 countries with 20 teachers. Unfortunately, the earthquake in 1977 drove ASB out of its campus., so for several months, teachers taught their students in the ambassador’s residence, in bars, and in libraries.

At the beginning of the 80s, the school moved into a new campus on Ing. Constantinescu Street. In this campus, over 120 students were attending from 30 countries with still 20 teachers. At the time, Nicolae Ceausescu was still the communist leader of the country, and as a result, times were hard for everyone.

Suma says, “I remember when we had no electricity and had to teach with gas lamps on the desks. I remember that we had nothing, no pencils and no chalk, no warm rooms and no comfortable desks. There was a time when I had to hold classes in a garage. One day, a pipe had broken and all the books were floating.” 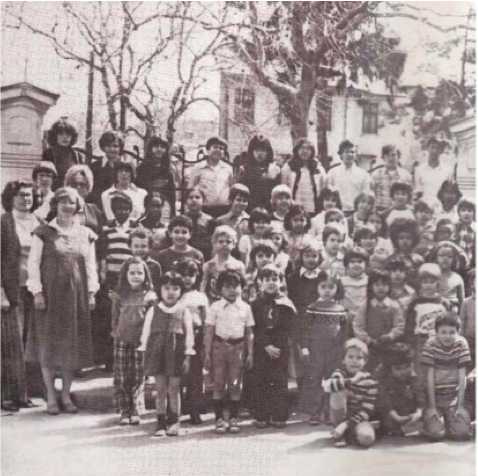 Even though the atmosphere at the school was welcoming and friendly, the ASB director at the time, John K. Johnson, says that the things the school went through and the time under the communist regime really hit them hard.

The war was between the government and the people. It was generally very depressing. “The winter of 1985-1986 was by far the most difficult winter of our lives. When the Russians and the Canadians evacuated in late January the rest of us wondered ‘Why are we staying here?’ We stayed at ASB for the kids.”

The director also states that ASB was like a big family, with 120 students from nursery to grade 8. Being a small school, everybody knew each other and felt really connected.

This is a poem written by a fifth grader about the school, which clearly shows how the children felt at ASB:

“The American School or ASB,

There they have every lesson, even PE.

This school is great,

Even though some students come too late.

Each classroom has a lot of rules.

ASB is a very hot place in town;

And no one will let it go down.”

The last and most impactful event on ASB was the Revolution in December 1989, when soldiers occupied the school and restricted all access to it. Classes couldn’t be resumed in January after the holiday at the same location, since the school had been destroyed by bullets. Teachers had to find other locations to have their classes, and as Suma remembers, “At that time, one of our teachers worked as a prime time driver to raise money for pencils, paper, and books. In fact, without a strong team spirit, we wouldn’t have made it.”

After the Revolution, in the 90s, Romania started blooming and evolving. Freedom was given to its citizens and democracy was installed. The country was finally growing and developing. ASB was part of this evolution as well, and it has experienced enormous changes and development throughout these years.

In 1991, ASB was still on their campus at Constantinescu, which required a lot of renovation. As a consequence, they decided to move to a new campus in Dorobantilor. 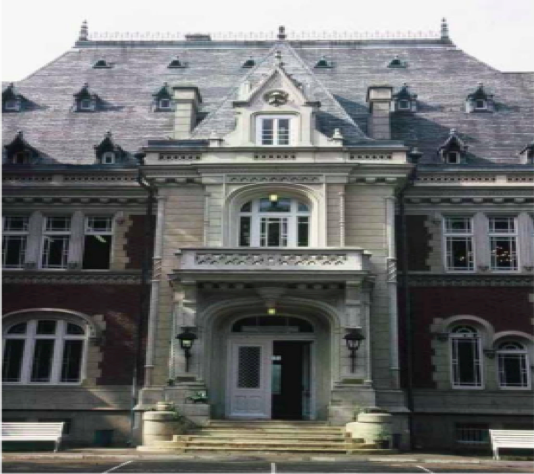 The school hired Doina Andrian as a secretary in the spring of 1993, and she was one of the people who made the move to this campus possible. The new school on Dorobantilor was opened on August 30, 1993. Adrian says that out of all the campuses, her favorite was this one because the school enrollment was small and the whole community was like a loving family.

That year, the school experienced its biggest enrollment of about 150 new students. Romanian students had access to the school for the first time; until then only a few students of the Romanian staff members were accepted at ASB. During 1993-1994, the school had made a historical decision, adding grade 9, and later on adding the other high school grades. Playgrounds were expanded, new science books and materials were brought.

Many other things changed as 9-11 graders represented Malawi in their first ever Model United Nations, which took place in The Hague, Netherlands. The yearbook used color print and the school also introduced their first honor roll between 1994-1995. Entering the CEESA organization was a great accomplishment for ASB. Clearly, the period of 1992-1996 was a blooming period for this school, as it developed and grew significantly.

In 1996, the director Fred Wesson and his family came to ASB. He decided to introduce the IB, and be the 13th school in the world to introduce all three IB programs. He also added ‘international’ in the school’s name as there were children from over 45 countries. Just as the school community was growing quickly, a new campus on Laptari Street was established just for the elementary school.

Consequently, search for land for a bigger schooling location started. Wesson was able to complete what everyone had hoped for from the beginning: a purpose-built campus. 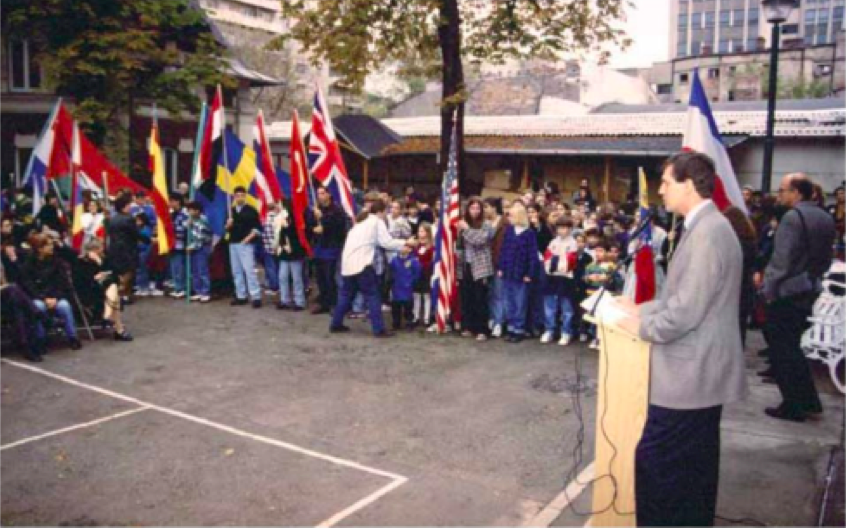 Director Fred Wesson addressing the students at the Dorobantilor Campus in 1999.

Unfortunately, there was no money nor legal status to build a school. Soon, Fathi Taher, the father of an ASB alumnus, donated ten hectares for the new campus, asking for a price of only $10,000 US dollars. Soon after, the school hired an impressive team of professionals and started to work on the project: the new purpose-built campus.

Andrian states that, “The most significant event for the school from its first day was clearly the transition to the current campus. This area was empty. After our transition, real estate started to develop around [the area].” The school was inaugurated in 2001, and it was a big day for everyone in our community. AISB had reached another level; but this time, the sky was the limit. 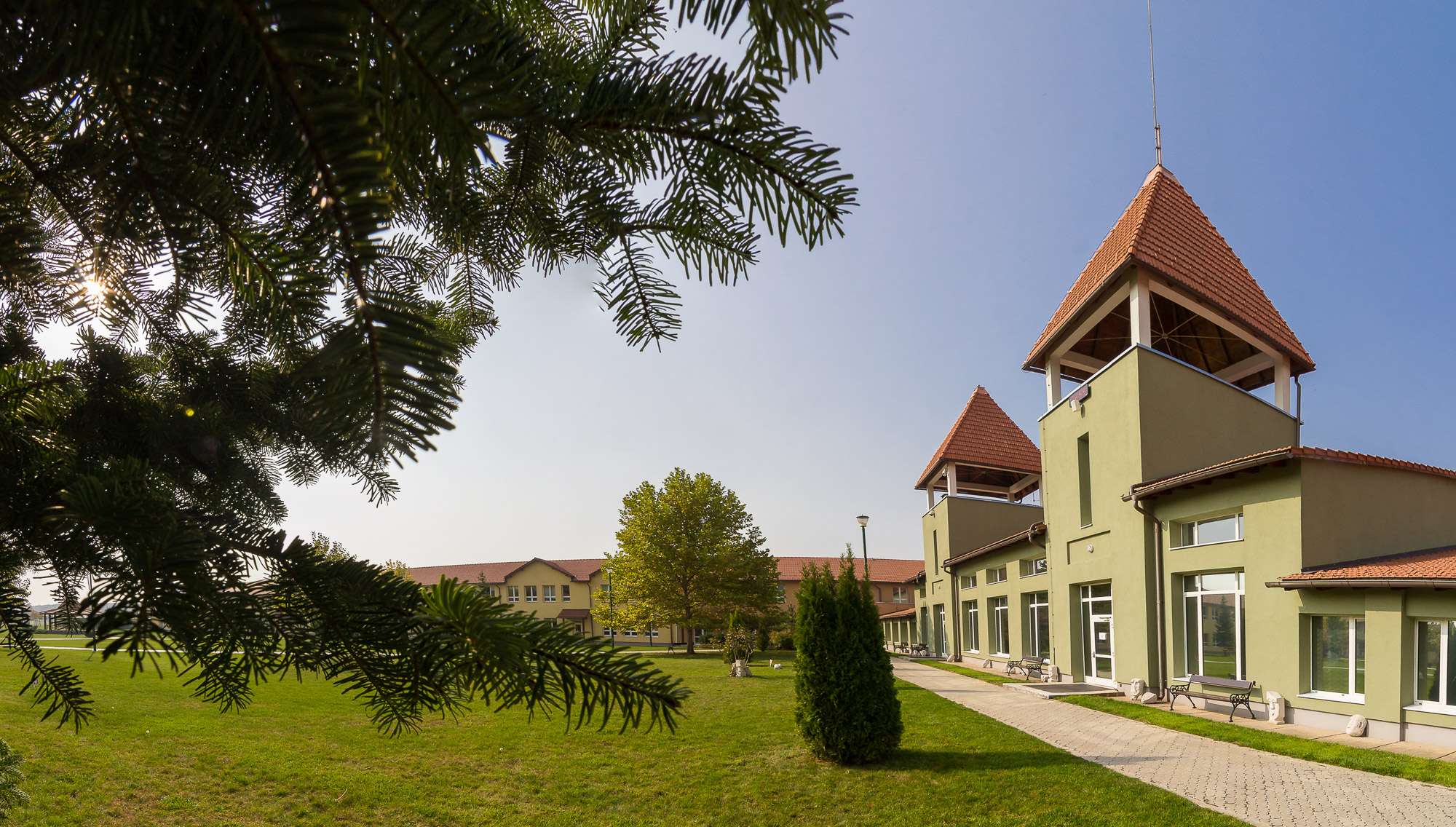 Being in this campus, the school was able to develop and grow into what it is today. AISB has had an exciting journey full of obstacles that they were able to overcome, and this journey continues, with Dr. Robert Brindley currently at the helm. Brindley decided to make a school expansion in order to better fit the (now more than) 940 students from 60 different countries. The Design Center will soon be completed and available for all of us to use our creativity in meaningful ways.

Andrian, Brindley’s former secretary, says, “Dr. Brindley’s thinking was that momentarily, this school is the best in the country, but other schools are catching up so we have to do something to stand out, to be even better. Facilities, academics, the cafeteria, almost everything has been improved.”  She adds, “From the first day, students at AISB felt like in a big lovely family. This is the most important thing that made our school move forward and become what it is today. Human touch was, is and will always be the most important value at AISB.”

The school has evolved and grown into what it is today because it benefited from so many wonderful people. Andrian shared that when Dr. Brindley goes to recruit teachers, the AISB stand always has the biggest waiting line.

*All quotes from Mariela Suma were taken from AISB’s 50th anniversary book (read it here). Historical information was gathered both from the book and from additional interviews, exclusive to The Bite.