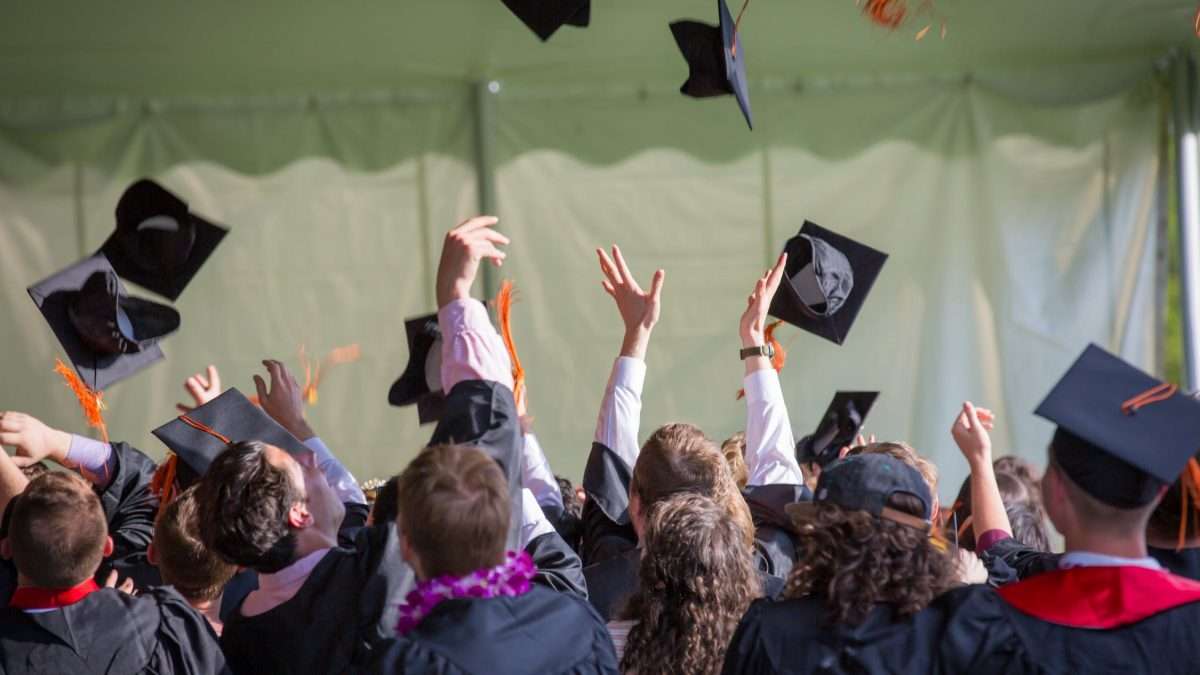 In the last two years, the pandemic has changed the college experience for students around the world. In fact, most of AISB’s Class of 2020 had their freshman year online, as did most of 2021.

Even with universities returning to in-person learning, many high school seniors are now questioning whether college is even worth it.

Why students are opposed to college nowadays

It’s not just the pandemic that has caused this hesitation; there’s also student loans to consider, as well as the fact that there’s no guaranteed job security after graduation. Compared to Millennials, Business Insider reports that Gen-Z college graduates are now facing even higher student debts, and more students are choosing to learn online—or not at all.

Just in the United States, college enrollment rates have declined by 1.67% on average, yearly, since 2010. The peak number of students was also in 2010, with 21.0 million enrolled. By 2018, the total rate dropped to 19 million students, which means 2 million students decided against college in less than 10 years.

This is due to a number of factors, but a lot of it comes down to the fact that a college undergraduate degree is no longer needed to gain work at top companies. In fact, the 2017 Harvard Business Review stated that “competency is more important than credentials.”

The downsides of college

People generally argue the main reason for not applying to college is the debt which grows higher each year, and the resulting delays in retirement. Another is that it’s unnecessary in today’s technology-driven world—given the rise in millionaires and billionaires who have not attended university.

The fact is that many jobs do not require a college degree, especially considering that many Gen Z students want to become entrepreneurs. For these people, it doesn’t necessarily make sense to go to university.

AISB Counselor Sommer Blohm adds that teen-adults often enroll in college without really knowing what they want to study. “More than 60% of college graduates change their degree,” she says. This results in wasted classes, wasted money, and wasted time.

On the other hand, students often choose a major that they feel passionate about in the moment, without thinking about long term effects. How long will that degree take to complete? What will you do with that degree? And, what if you change your mind after all that time and money?

Regardless of its negatives, college is still very beneficial for some students. A degree can increase marketability, provide networking opportunities, and can be a way for students to learn about themselves and who they want to be.

“Some students have an idea and then they get to university, where a world of possibilities opens up to them, leading them into the next direction,” says Blohm.

This “new direction” won’t only introduce them to new types of classes, but also new ways of thinking and career possibilities that they didn’t know existed.

And as Ms. Blohm points out, this doesn’t have to happen at an expensive school. If a student genuinely wants to learn, they can also do so at a local university, or even a trade school—gaining knowledge while saving money.

An alternative for indecisive graduates: The gap year

Probably the most popular option for indecisive high school graduates is to take a “gap year.” This is simply a period of time where students travel, gain work experience, or service experience, while figuring out what they want to do.

As mentioned in a past article on The Bite, “Taking a gap year means getting to discover who you are beyond just a student.”

This particular path is appealing for many of AISB’s current seniors, who have had to spend much of the last two years online. Karl F, for example, says, “I wasn’t sure if I wanted to go to college right after a stressful school experience, and by wanting to pursue a career in security, I thought that gaining more experience during this year would be beneficial.”

An AISB alumni, Ilinca Palea, offers insight into her own gap year experience: “It was a decision I took to force myself in terms of being kinder to myself.” She says, “at the moment I am doing so many things that I wish I’ve done before but never had the occasion.”

“Since the start of my gap year, I’ve occupied my time with reading books, traveling, and gaining more experience for my future.,” says Palea.

Would investing the money in other assets be more beneficial than college?

According to Josiah Laposky, one of the other secondary counselors, people are starting to reconsider how they invest their “money for the future.” With the costs of universities getting higher and higher, some see investing in a business or the stock market as a more viable option.

The average cost of tuition ranges between 20 and 35 thousand dollars per year. For many, this means taking out a loan, then having to pay this money back over time, with interest. If you were to invest this money instead, you would benefit from compound interest, starting at a young age.

With this said, most students do not have this much money to put into stocks and are not advised to take out loans for this purpose.

As Laposky warns, “Some think that maybe the individual would be better off if he invested all that money in a business, but those are really selective examples.”

In the end, universities are meant to prepare students for the “real world,” which includes managing your money. The truth is that most graduates won’t have enough knowledge about investing and assets.

What about pursuing professional sports?

Blohm explains that for motivated athletes, there is a limited time period where they can succeed—whereas “university can be attended at any time.”

Even though some experts argue that young athletes should attend at least one year of college before going pro, many don’t think it’s necessary.

The best advice would be to pursue your dreams during teenage years, and succeed in your followed sports career. If you don’t get a scholarship to university based on your sport, you would still have the chance to return after some years when financially stable and attend college, compared to a successful sports career which is a “once in a lifetime chance.”

“We do not want to look back on life and have regrets that we didn’t take an opportunity which was offered to us at that time,” says Blohm.

So in the end, is college worth it or not?

According to Blohm and Laposky, college is worth attending, if you have the financial means to do so. It will open doors to new opportunities and new people. However, they stress that this can happen at any time, not only after graduation.

Attending college could be very beneficial, but this shouldn’t stop you from pursuing your dreams at a young age. There are different paths for different people, and we should take the time to make the right decision for ourselves, knowing we can enroll at any point in our lives.

Comment below to tell us your plans after high school graduation!

Teenagers aren't reading for pleasure anymore, but we should be