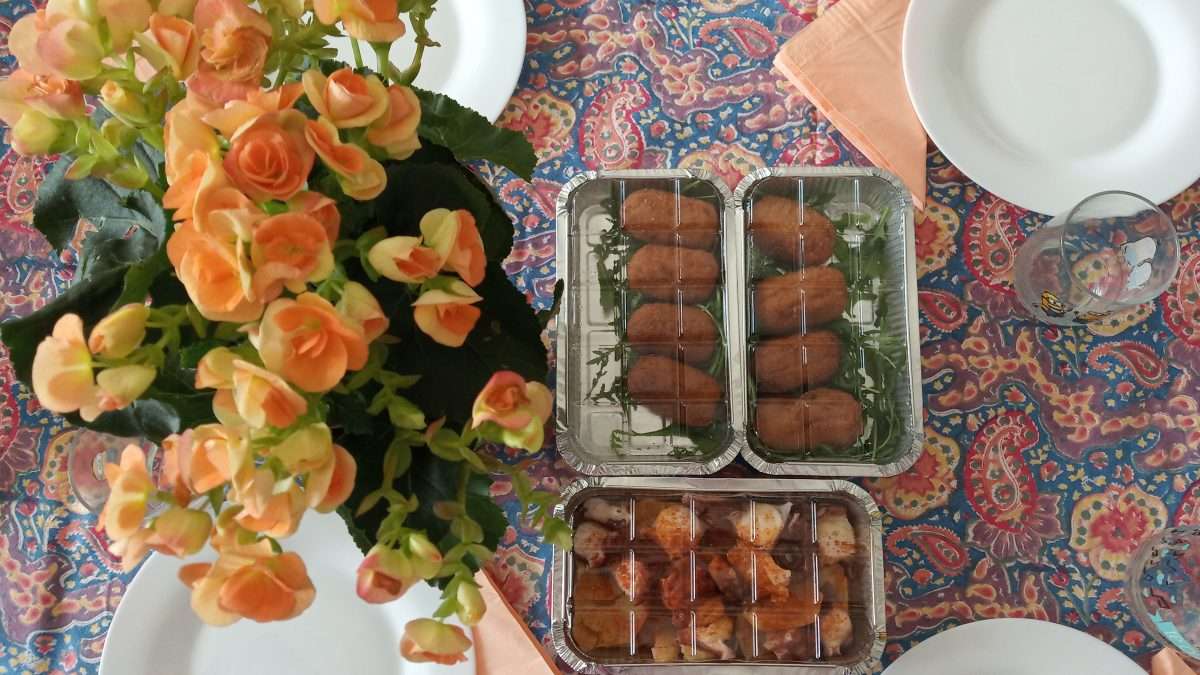 La Finca by Alioli, located near Victoriei Square, is supposedly the best Spanish restaurant in Bucharest (according to Spanish expats).

The “boss” of the restaurant, Sorin, is a Romanian citizen that lived in Spain for over 10 years. When he came back, he started a restaurant business, beginning with the restaurant Alioli, then later adding La Finca by Alioli, and finally La Pescaderia by Alioli.

If you are reading this article during pandemic times, you will know that most restaurants in Romania are closed for in-person dining. We ordered through the restaurant’s website, which has different sections (main dishes, appetizers, desserts, etc), with pictures of every meal. You choose what you wanted to eat, and when you’re done, you enter your personal data (name, address, telephone number, etc).

The website was fairly easy to use, but there was no information about how long the delivery would take. Luckily, it didn’t take too much time; we ordered the food at 13:05 and it was delivered at 14:20.

Croquettes (29 lei; 4 units) are part of a traditional Spanish meal. They consist of a creamy bechamel sauce with Iberian ham inside, and on the outside, breadcrumbs, like a schnitzel. Alioli’s croquettes came warm (a surprise to us all!), even though the food took half an hour to come from the restaurant to our house once it was already cooked. They were nice and crunchy on the outside with a flavorful, salty filling. As a Spanish person, I would actually say these were almost as good as my grandmother’s!

Octopus (79 lei) is a dish that if it’s not cooked well, it can be rubbery. This one was slightly tough and not as tender as we would have liked—possibly because we got the boiled variety instead of fried. It came with the traditional pairing of white potatoes, sprinkled with paprika. Since we ate the salty croquettes before the octopus, it seemed like there was a lack of seasoning.

Paella is originally from Eastern Spain, in Valencia. There are many different versions of it, each with different ingredients, although the rice is kept the same. We asked for the variety called “Paella with seafood” (64.00 lei), which contains, as you can see, prawns, mussels and clams.

The yellow rice was nicely cooked and flavored with the right amount of saffron. The seafood, actually brought in from Galicia, a northern region in Spain, was fresh and tasty. The dish came hot and was well seasoned, served with an optional alioli sauce (Spanish for “garlic mayonnaise”). It tasted very similar to the ones we used to eat in Spain.

Overall, the desserts were pretty good. We had to put them in the fridge when the food arrived because you usually eat them cold.

The Cheesecake (16.00 lei) was the dessert that disappointed us the most, as we’re used to ordering an excellent, authentic variety from our favorite bakery. It would have been better without the heavy layer of whipped cream on top, and without the chocolate biscuit crust.

The Flan de Turron (14.00 lei), on the other hand, was amazing. The creamy flan, made from egg, milk and sugar, was creamy and tasted of traditional Spanish almond-honey nougat. The nougat crumbs on top was a nice contrast to the smooth custard.

Our last dessert, the Catalan Cream (13.00 lei), turned out to be the favorite. The custard was creamy and perfectly sweet, with just the right amount of vanilla and cinnamon flavors. On top was the perfect crunchy caramel crust—making it the prefect last bite of our traditional Spanish meal.

Overall, my Spanish family and I would definitely recommend trying La Finca by Alioli. The dishes were all pretty authentic, and we plan to order again—or maybe even visit the restaurant when things open back up.

Stories to Save the Planet: An Interview With Nicole S, Author of "The Future Is Ours"