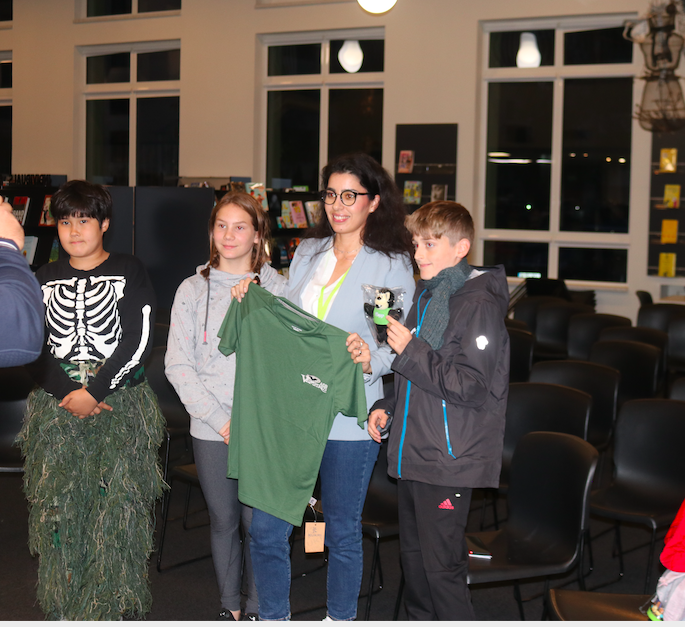 Olympic medalist and retired Romanian fencer Loredana Dinu came to AISB on October 31st to speak to students about her career. This was the third ‘living sports library’ event at the school, after basketball player Virgil Stanescu and footballer Razvan Rat.

Dinu is a two-time world champion and two-time European champion. She represented Romania in two different Olympic competitions. Her career highlight was probably winning a gold medal with her team in Rio de Janeiro in 2016.

During her talk, Dinu focused on the mental aspect of the sport– how every athlete is usually their own biggest critic–and how important it is to be positive and to “trust yourself.” One very powerful message that she gave AISB students was that “the most difficult battle is the personal mental battle.”

Dinu got into fencing at the age of 11, after giving up on other sports. It was when she was 15 that her personal coach realised that she had the potential to become great. From there, Dinu won the Senior National Championship in Romania at 15, and defeated many competitive adults as a child.

In her talk, she expressed her love for fencing, gave advice about tactics, and called the sport an “art” because of the “classy style” it is known for. Dinu was very pleased when she heard about AISB’s fencing program.

Event Organizer and Co-Curricular Activities Coordinator Alexandru Sota was particularly happy with Dinu’s visit, as “it sparked a thought in [the students’] minds about how to deal with failure and use it as learning… as motivation.” He goes on to say that “Selina L. and Gaby W. were in attendance and their performance at this year’s CEESA tournament was a mental test that they passed with flying colors after hearing Loredana speak about the power of visualizing success and positive self talk! Coincidence? I think not.”

Thank you to Loredana Dinu for visiting AISB and inspiring us with your stories.
The next Living Sports Library will be in the spring of 2020. We will make sure to update readers on the date and speaker once it’s set.

East-Hot, West-Sour: Chinese Regional Cuisines You Probably Don't Know About (But Should)