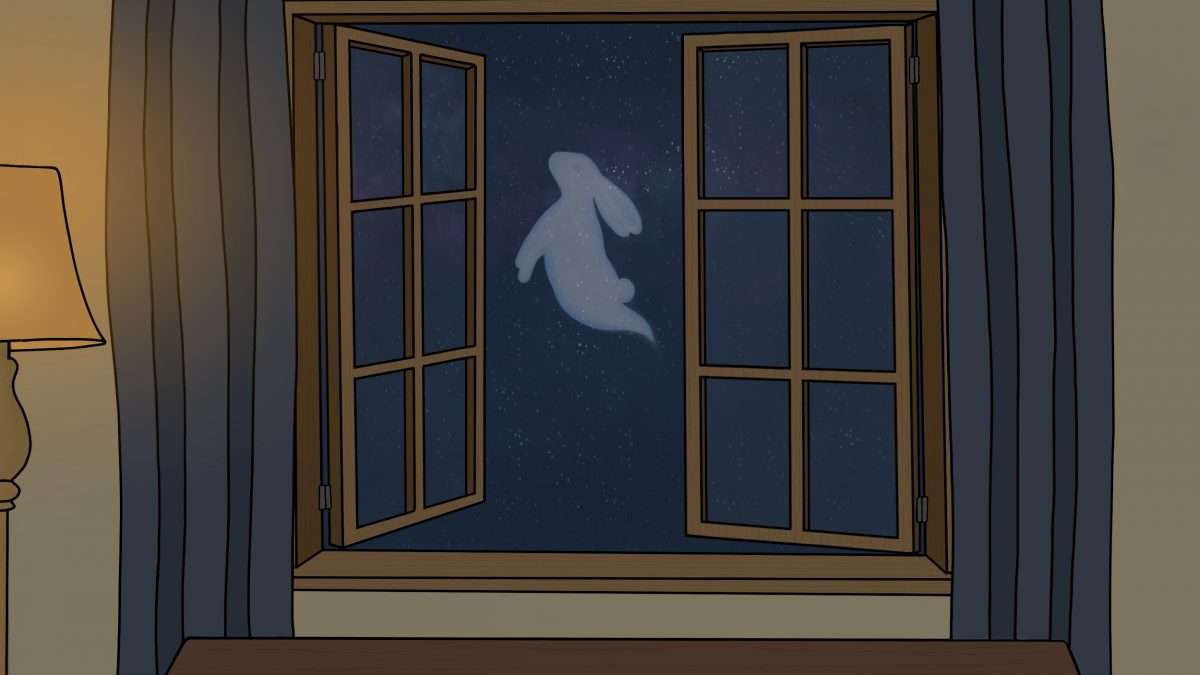 What happens after one dies is a highly controversial and widely debated topic. Reincarnation, paradise, eternal darkness: there is an abundance of theories on the events that take place after one’s heart stops beating. Scientists define death as “the permanent cessation of all biological functions that sustain a living organism.”

Lola was lying on the ground, splayed on her stomach. She was frozen in place, her powerful hind legs limp. I picked her up and she whimpered in pain. There was no blood, no scratches, no sign of an attack. In the distance, a bird flapped its wings. The wings sounded like they belonged to a large, muscular creature, the kind that feasts on small animals for breakfast. I thought about the possibility that the bird had tried to attack her and had given her a heart attack. There was no time to investigate, only time to act.

In every religion, death and the afterlife are based on different teachings and traditions. In Christianity, death is a separation of the body and the spirit; upon one’s passing, Christians believe they are presented before God for a judgment of their character. If they are good Christians and have repented their sins, they go to heaven. All others go to hell.

I brought her inside and gently placed her on my bed. Her stray black hairs stuck to my bedsheets. I shouted for my mother. She took one look at the little rabbit on my bed, picked up her phone, and began frantically looking for a vet that would be open in the middle of the night. I held Lola as she jerked around in my arms. Her front legs pushed at the air as her back legs lay paralyzed.

Buddhists believe that upon death, the spirit seeks a new life and is reborn in a form that is determined by their karma; the sum of their actions in their previous life. A person’s karma determines what their physical disposition, fears and dislikes will be when they are reborn, where they will be reborn, and the general status in their next life. This belief stems from the tradition that the Buddha remembered his past lives when he reached enlightenment.

My mother called one place after another, but all of them gave her the same response. As time passed, Lola’s movements became more urgent, more desperate. Her little heart was beating for its life. She began to shake and kick violently. I placed her down, out of my arms. I could not bear to look at her anymore. Then her motions became softer as if she had run out of fight. Her heartbeat slowed. Her front legs stopped moving. She lied limp. My mother put down her phone; there was nothing anybody could do.

In Mormonism, one’s demise represents reincarnation; but, unlike Buddhism, it is believed that one is reborn as the same person. After death, a person’s spirit is united with God in another world where they wait for the final judgement and the resurrection of the physical body.

Tears dripped down my cheeks and into her fur as I kissed her goodbye. Suddenly, a golden cloud of mist rose from her body and into the air. I held my breath, and through my tears I took in the juxtaposition of the sight before me; the beautiful product of a moment of bleakness. I felt an overwhelming sensation of tranquility. I no longer felt the heaviness of my loss, only gratitude for what I had experienced.

In actuality, nobody can testify to the truth of any of these theories and therefore they remain mere ideas. It is entirely possible that one of these religious traditions is accurate, and it is also possible that every one of these religious traditions contains some element of truth. There are many reports of people who say they encountered other beings such as God, Jesus or deceased relatives during near-death experiences, and others report feeling a sense of detachment from their physical body and a feeling of peace and tranquility. Scientists have worked to rationalize these experiences with scientific explanations and medical terminologies, but even they are unable to completely rule out spiritual explanations of the afterlife. After all, the only way for one to discover the truth about the afterlife is to die.

The cloud drifted higher, bumping against my window, desperate to escape into the night. I opened the window and watched it drift into the atmosphere, the golden shimmer visible even through the black sky. As it drifted further and further up, the flecks of gold became stars, sliding into position as if pieces in a puzzle.

This creative writing piece was selected from Mr. Chuck’s 9th grade English class to be featured on our website. The assignment was to write about a true event or experience, while incorporating fictional elements to create a magical realism narrative. We think Pia did this perfectly.