“Man up” – Challenging the stigma against men expressing emotions 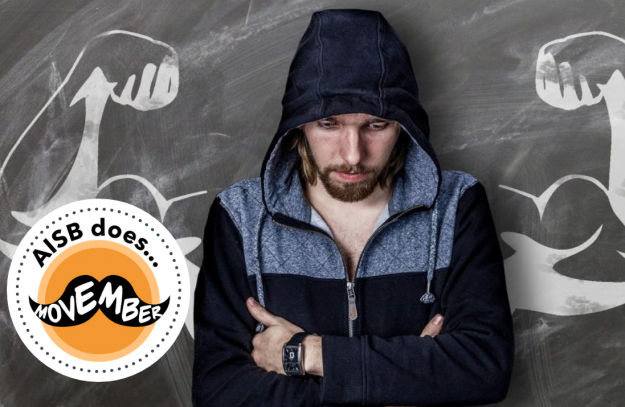 As Movember comes to an end, we’d like to wrap up this important month with one last issue: the stigma surrounding how men should (or should not) express their emotions.

Last week, we addressed men’s mental health, revealing that suicide is three times as common in males than in females. And according to much of our research, this is due to social stigmas and “toxic masculinity.” Basically, boys are taught to never show their emotions. They’re taught to “be a man.”

Why do boys feel this pressure?

The Good Men Project published an article entitled, “Toxic Masculinity: The Dark Side of Patriarchy,” where author Joe Kort, Ph.D, listed these “assumed requirements” of patriarchy (a society where men are in charge):

Coming from a patriarchal society myself (Egypt), I personally grew up watching my brother hold back tears when he was in real pain. He looked up to my father, who says he hasn’t cried in nine years–having been trained not to show his emotions. Like many countries in the Middle East, men are expected to be strong, and are raised to expect that they will one day be the “man of the household.”

While this stigma surrounding male emotions is nothing new, it has been getting more attention lately (as it should). Celebrities like “Jane the Virgin” actor, Justin Baldoni, are speaking out about the male standard they were raised to fit into. Baldoni gave a talk at the TEDWomen conference in 2017 about why he is done trying to be “man enough.” Watch it below.

Why we should help boys embrace their feelings

Research shows that we, as a society, are not encouraging emotional diversity from a young age. This means properly identifying feelings, accepting them, and knowing how to deal with them correctly–not suppressing them.

Psychologists have found that children who avoid their feelings are more likely to have substance abuse problems, stress-related health issues, and often resort to physical violence when they’re older. A recent Scientifc American article cited research from Harvard Medical School, showing that boys are actually more emotionally expressive than girls. The problem is that many parents encourage their boys not to act on these emotions–thereby creating “toxic masculinity” when they’re older.

What can we do to allow boys to feel comfortable expressing themselves?

As stated earlier, this stigma is mainly brought on by the parents or guardians of boys. There is also the standard that the media sets, but most of it is due to how they were raised. If parents want their sons to feel more accepted and to be able to express their emotions without being judged for being too sensitive and emotional, there are ways to do that.

If you are struggling to express your emotions

According to a 2010 study, as boys move into adolescence, they are “more likely to embrace hyper-masculine stereotypes and become less emotionally available.” It’s important to focus on ways to counter these stereotypes in order to express emotions in healthy and authentic ways.

AISB Counselor and Clinical Psychologist, Michaela Young, suggests that if you’re having trouble expressing emotions, here are some things you should do:

Everything You Need to Know About This Year's Stuff The Bus