Mental Illness: What do you really know? 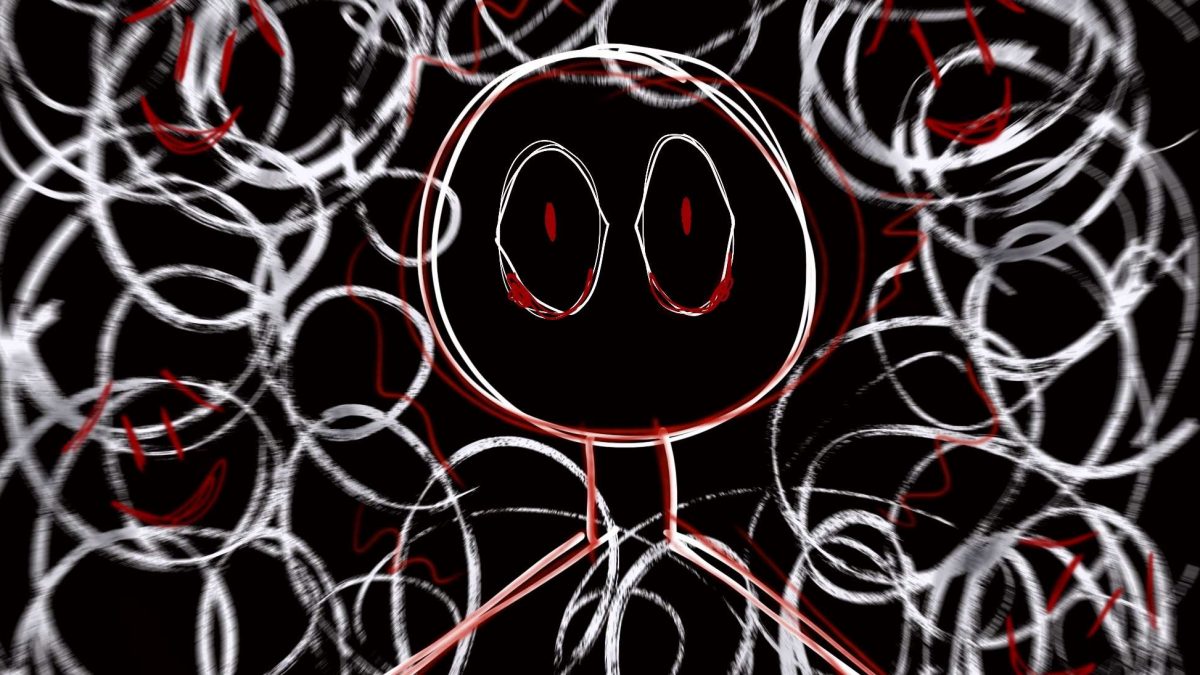 *note: the terms “mental illness” and “mental disorder” are used interchangeably throughout this article

AISB persists that they believe mental health is an important aspect of a person’s life. They argue that they care about the students’ mental health and that they make an effort to teach students about it.

So let’s find out: what do you really know?

What are Mental Illnesses & Disorders?

Mental disorders are “characterised by a clinically significant disturbance in an individual’s cognition, emotional regulation, or behaviour” and are “usually associated with distress or impairment in important areas of functioning,” according to the World Health Organization.

There isn’t “one cause” of mental illness. All mental illnesses have a genetic root, although other factors such as the environment the person is in, the person’s lifestyle and traumatic events can also make people more susceptible to developing a mental disorder.

Disorders such as bipolar disorder, schizoaffective disorders and schizophrenia are usually diagnosed in the late teens or 20s – the condition for diagnosis of one of these disorders being at least one episode of mania, hypomania or psychosis.

As there are a variety of different mental illnesses, there are also a variety of warning signs. Among adults and teenagers, some of the most prominent symptoms may come in the form of: routine extreme changes in mood, withdrawal (from friends, activities, and hobbies) and abrupt, significant changes (for example in physical appearance, sleeping habits and/or eating habits).

Symptoms of mental illness may also emerge in the form of other conditions such as: suicidal ideation and behaviours, self-harm or nonsuicidal self-injury (NSSI), autism spectrum disorder (ASD), insomnia, use (or overuse) of substances like alcohol or drugs and/or anosognosia (denial).

With all these symptoms to recognize, you’d think it should be easy to see the warning signs and diagnose someone, right? Well, that’s not really the case.

AISB High School Counselor Sommer Blohm states that, “In order to get a diagnosis for something, there’s a lot of assessment and evaluation that needs to happen.”

Normal behaviours are hard to distinguish with behaviours that indicate symptoms of mental illnesses, even more so when it comes to adolescents who are continuously changing and developing.

Not to mention that people don’t always present themselves with their feelings on display. A person may be feeling completely differently from what appears to be reflected.

[Mental illness] pertains only to the very, very severe cases – those who go to the psychiatrist and get some very special medication

Just because a person seems to be showing warning signs, it doesn’t mean they have a mental disorder. Those “signs” could have been misinterpreted if not closely observed by a psychology specialist over a recurring period of time.

Psychology is still a relatively new science, especially when looking at it in comparison to other scientific fields such as biology, physics or chemistry. As Josiah Laposky, also an AISB high school counselor, puts it: “Psychology as a science is like a baby science.”

While there is more education and information on psychology and mental illness, we still need to be very careful when it comes to sharing what we see and hear.

There are a lot of stereotypes, misunderstandings and bias surrounding the topic of mental illness.

People frequently hold onto information they have heard or seen, often not checking for other reliable sources that support that information. The advice they proceed to share with others can be unhelpful as they are not professionals who are properly educated on the domain.

Blohm discusses how stereotypes can be harmful as it can make people with mental illness feel as though they are “less than, not enough, or a problem.” It can affect their self-image and make them feel unworthy, unlovable or like social outcasts.

People with mental illness may be generalized as being criminals, dangerous, unable to live their lives, or people who should be avoided.

If we hear [a stereotype] enough about ourselves, we can internalize it and accept it as a belief of who we are. And those beliefs are not reality – they’re not truth.

While social media is a platform that can bring people all over the world together to see that they are not alone and that there are other people with similar issues or situations to them, people need to be careful not to blindly take everything they see online as truth.

“The other challenge, I feel, is [that stigma] stops people from getting the support that they need. Even sometimes people might just be afraid to come talk to a counselor – which definitely doesn’t mean you have a mental illness,” Laposky expresses.

A lack of proper education regarding mental illness, especially among older generations, is one of the factors that leads to misunderstandings and misconceptions. Another factor that has a great influence is the old beliefs and mindsets of past generations.

“There is some education out there, but that doesn’t mean that people change their minds necessarily if it’s an internalized belief,” states Blohm, “The world moves really fast, but some of the mindset progress isn’t going at that same pace.”

This is the fundamental issue.

The close-mindedness of past generations who didn’t have as much information on mental illness has continued to pass down and can still be seen within our modern day society: “Sometimes you may still hear the same things you heard 30 years ago” Joja claims.

You may hear from parents how they don’t want their children to receive counseling because their child “isn’t crazy.”

Mental illness is often still referred to with problematic terminology – words with negative connotations such as “crazy” or “abnormal.” This language correlates with a problematic mindset passed down generationally.

Stigma and prejudice towards people with mental disorders keeps people from meeting with psychologists or seeking treatment. People may be afraid of what others might think or say about them.

All of us can benefit from talking to someone and it doesn’t have to be a counselor; it could be a parent, a friend or teacher. But a lot of times we think: ‘Oh, if I talk to someone or if I share some of the things I’m dealing with with someone else, I might be considered weak’ or ‘Who knows what they might think of me’ or ‘They might tell other people.’

This fear – even paranoia – of “what might happen” can worsen people’s symptoms and mental health, all while still not receiving professional help for their issues.

How to Deal With Mental Illness

We’ve all been told the basics: get enough sleep (8-9 hours per night), maintain a balanced diet, have some social time with supportive friends and family, get regular exercise, have time to disconnect, spend some time on hobbies – we’ve got it by now.

“Even with self-care, sometimes we’re gonna hit lows and we’re gonna have hard times,” says Blohm, “But what I can say is that if we’re consistently doing those things, when we do hit the low, oftentimes our ability to bounce back is a little bit quicker.”

But sometimes that just isn’t enough.

“Sometimes when you just talk to someone about it, sometimes that huge thing that’s been built up in your mind can actually go back to its normal size.” – Laposky

There are many, many coping strategies but not all strategies work for everyone. No two people are the exact same: an individualised approach is needed.

Pay attention to your own individual triggers and warning signs.

2) Don’t keep it a secret. Talk to your parents, talk to a few close friends. But don’t talk too much.

“[Your] mental health issues are not the problem of the group and shouldn’t be” explains Joja.

3) It is nothing to be ashamed about.

I mean, if you have severe headaches or whatever you have: you take something you have in your house, you ask maybe your mother or friend, but if you still are in pain after 2 days, 3 days, 1 week – you go and see a doc. Why wouldn’t you go to talk to a counselor? Why wouldn’t you go to see a psychotherapist or a clinical psychologist?

For the people concerned about a friend or family member: continue to reach out and check-in with that person.

If you are concerned about them, let them know you are there and available if they need it.

Just listen: Be an authentic and active non-judgmental listener.

“Be curious, ask questions, but not necessarily feel as though you need to have answers or to fix anything” suggests Blohm.

Remember the ripple effect on random acts of kindness. If you’re passing by someone in the hall and you notice their hair looks great, or they’re wearing a really nice outfit: tell them. Give them a compliment.

It’s guaranteed to stick with them throughout the rest of the day.

Laposky shares, “The more we learn about it, the more destigmatized I think it will become; that’s my hope.”

Details on Next Week’s Spirit Week