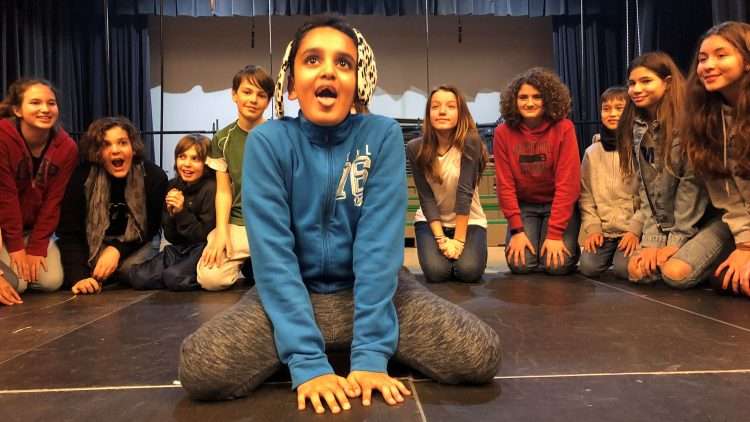 The American International School of Bucharest Drama Department presents… [drum roll]  How to Eat like a Child… (and other lessons in not being a grown-up).

On March 15th at 6:30 pm and March 16th at 4:30 pm, a group of talented middle schoolers will be performing AISB’s first musical since Oliver Twist in 2014. To give you an idea of what’s in store, we chatted with the director of the show, Alice Williams, and dropped in on one of the rehearsals.

What’s the musical about ?

“Its a series of vignettes, which means it’s a lot of different little scenes,” says Williams. “It’s not one big story line; it’s more episodic. For example, there are different lessons that are given numbers; one of the lessons is called ‘How to eat like a child,’ another one is ‘How to torture your sister,’ and one is ‘How to stay home sick.’”

Williams tells us that the show is fun and subversive, focusing on the kinds of things kids do in life.

How does the audition process work?

Many, many moons ago [November], in our school’s very own Taher Theatre, came a group of young and passionate middle school actors, to share their talent and skills in the auditions of what is about to come together as the the middle school production of How to Eat Like a Child.

Now, how exactly do you audition to be a part of this ?

Well, for the casting of How to Eat like a Child, all the auditionees were put in one big group and asked to present a scene from the musical, as well as asked to sing a song of their choice, which was then assessed by Williams and 6th & 7th Grade Learning Support Teacher, Melissa Wilde.

How did AISB pick this musical?

When deciding what the middle school production would be, Williams took the advice of fellow AISB drama teacher, Kathleen Caster. When they came to a final decision, they contacted Samuel French Inc., one of the largest play and musical publishers in the world, located in New York, and got the rights shortly after.

What goes on during rehearsals? 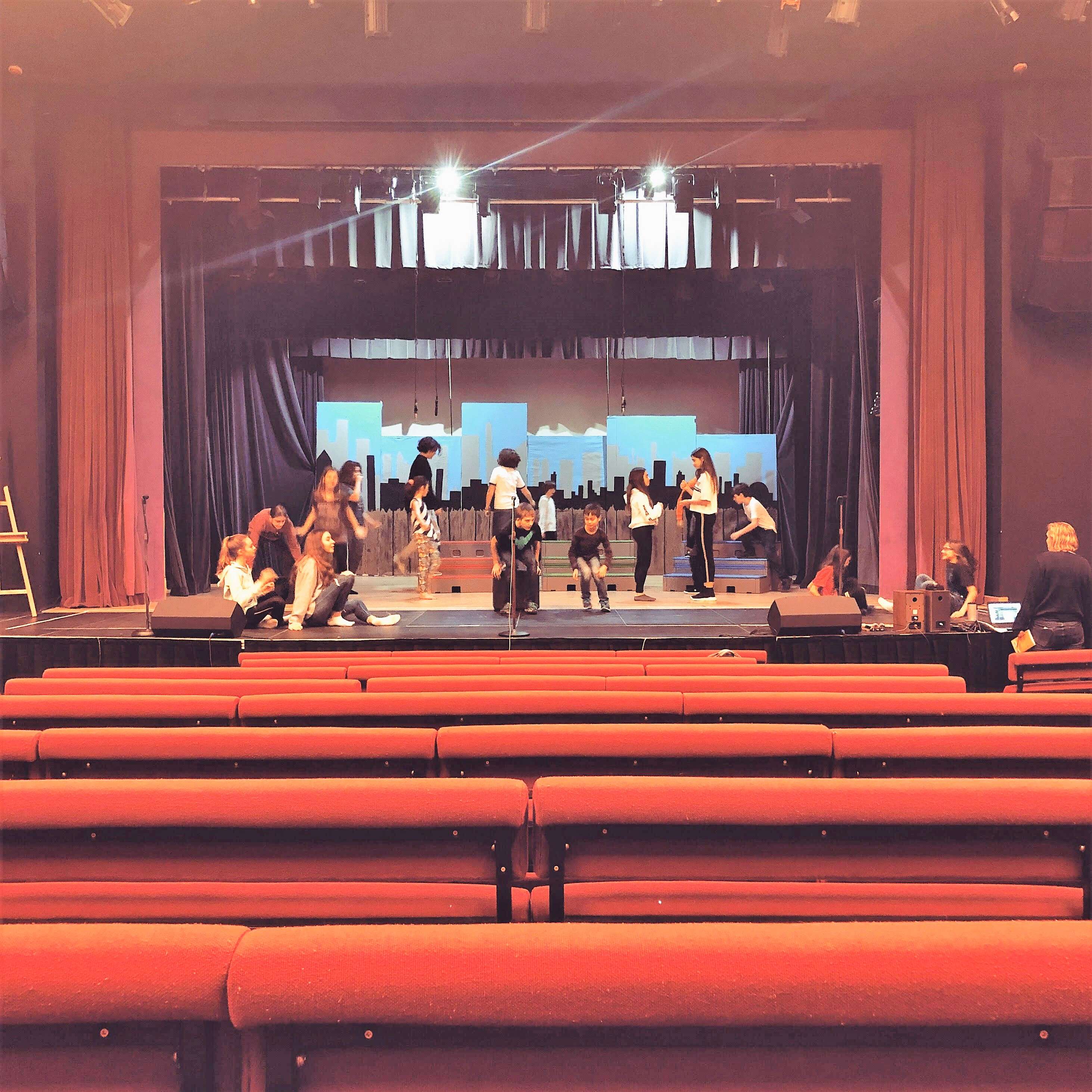 Practices for the young actors are generally a slow process of singing and dancing rehearsals. Williams adds that Bianca and Molly from grades 11 & 12 have been a major help to the progress of the show.

Rehearsals are Monday and Friday from 3:15pm-5pm, with a few Saturday rehearsals, but there are more intensive rehearsals as the show approaches (e.g. today, they have a long tech rehearsal from 1pm-6pm and an open dress rehearsal on Wednesday morning).

How is How to Eat Like a Child different to other plays performed at AISB?

“This is much different because we have to act like young children,” says grade 7 cast member Sean H. “You have to be playful, because in other plays you have to be more mature, but in this one you can really have fun.”

Wilde adds that “While the show is packed with memorable solo moments, the kids shine the most as an ensemble in dazzling group numbers. I think it’s also allowed the cast to really remember what it was like to be alive in their younger elementary years. I personally love the show because there are no ‘leading roles’ or ‘extra parts.’ Everyone is an equal part of what makes the show great.”

How do you get over stage fright? 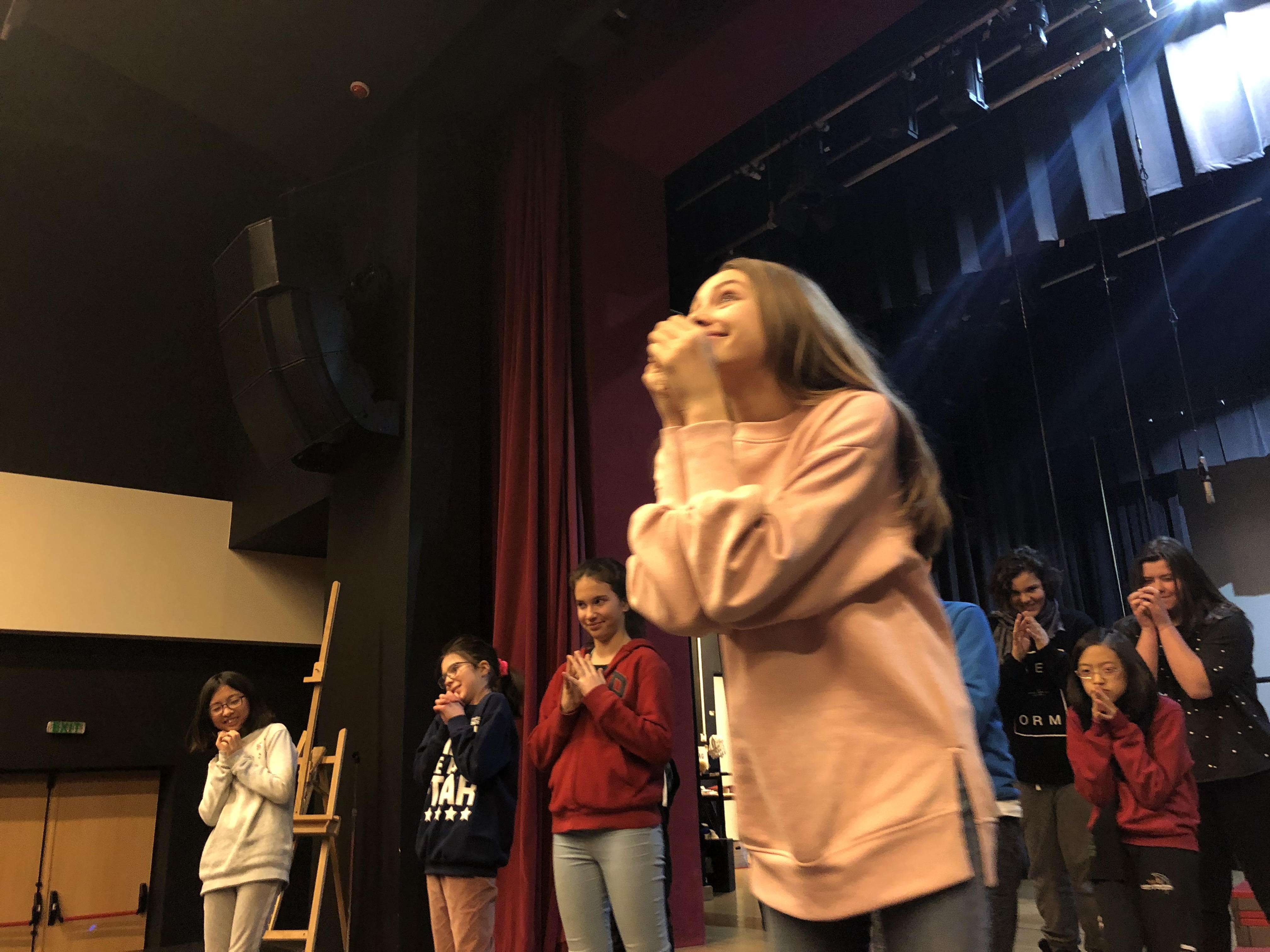 If you’ve ever been part of a performance, you know how scary it can be performing in front of an audience. Ana S. from grade 7 says, “I’ve never really had stage fright. This is the main reason I joined this musical. When I see the whole crowd, I kind of feel safe, and I don’t need to be anything other than the character I’m playing.” Wow Ana, you’re brave.

Acting is an art that requires passion, talent and A LOT of hard work. Being part of an ensemble is one of the most challenging things that come with being an actor. Our middle school drama department welcomes you to watch their performance; they’ve put a lot of work into creating what will be a fun performance, and would surely appreciate your support.

New DP Science Courses: Everything You Need to Know

Top 5 Places to Travel in Romania this October Break

AISB’s March For Our Lives Gets International Attention