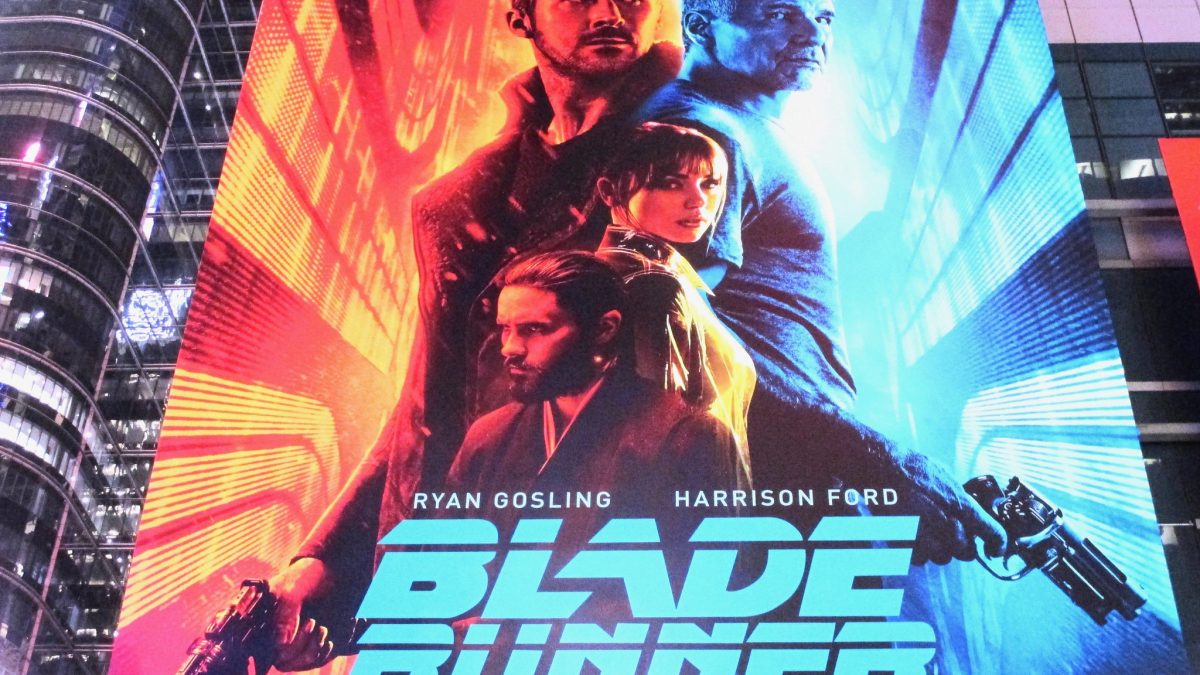 Image by Brecht Bug , distributed under a CC-BY-NC-ND 2.0 license.

Blade Runner 2049, a sequel from the 1982 blockbuster Blade Runner, was released on the 6th of October. The Action/Fantasy movie is set in a dystopian future.

Achieving a score of 88% on Rotten Tomatoes, the reviews for Blade Runner 2049 are excellent. The film is directed by the Canadian director Denis Villenueve, who also directed the well-received Oscar nominated Arrival.

The original Blade Runner, released in 1982, was considered a great film and ahead of its time, due to its amazing visual effects. The film was nominated for the Oscar ‘best visual effects’ award. Due to the success of the original movie, Blade Runner 2049 was highly anticipated, having a budget of over 150 million dollars.

Blade Runner 2049 saw the return of the protagonist Rick Deckard, played by Harrison Ford. The director of the prequel also played a role in the production of the movie, but this time as a secondary producer.

The movie is set in the year 2049 where synthetic humans, known as replicants, are used as slaves for hard labour. The plot of the two hour and 40-minute film is based on LAPD Officer K (Played by Ryan Gosling) going on a routine mission to terminate rouge replicants. On his mission, Officer K stumbles upon a dangerous secret, which if uncovered, could lead to the collapse of what is left of society. Officer K seeks to find Rick Deckard (played by Harrison Ford) to aid him in preventing the collapse of society.

Harrison Ford explained his excitement to appear again in the Blade Runner series, stating, “I remember back when we were shooting the first one, personally, one of my favourite movies to act in. I can’t tell you how excited I was when Denis approached me saying that there might be another one.”

The highly-anticipated sequel was well worth the 35 year wait. The movie has an excellent use of special effects and an intriguing plot. Although the movie has a playtime of 2 hours and 45 minutes, the effort put into this blockbuster captivated us to an extent that we forgot about the long run time.