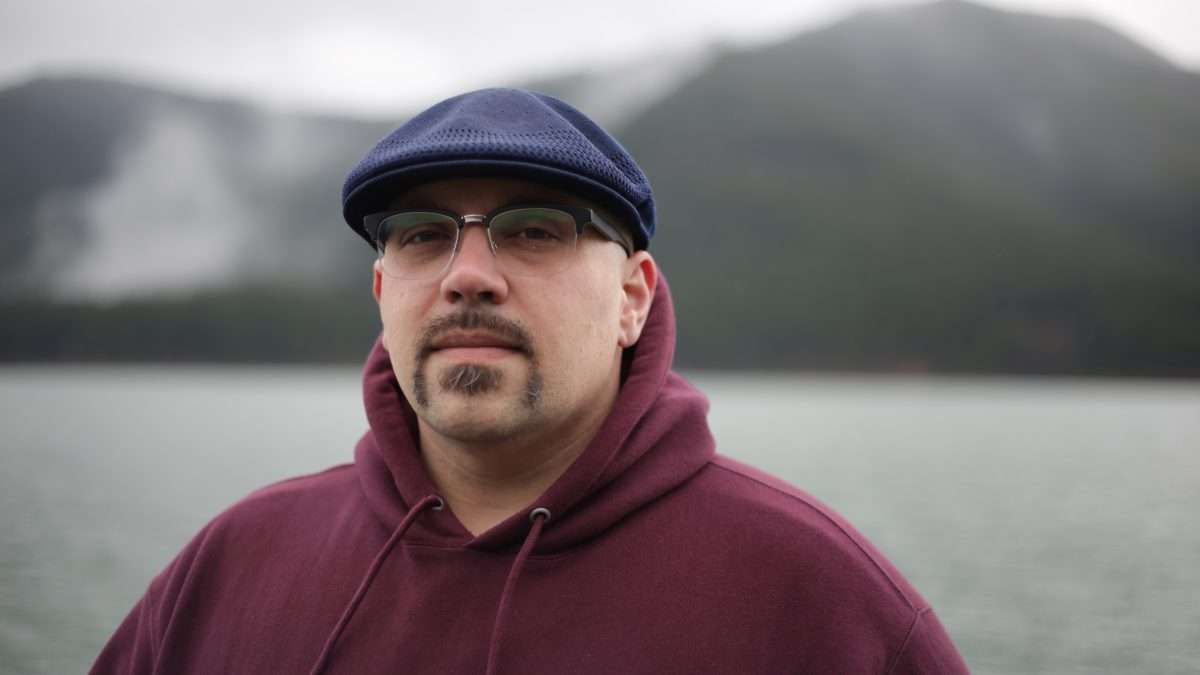 When George Floyd was killed on May 25th this year, people took to the streets all around the world demanding justice. In Portland, Oregon in particular, protests continued for months, and some demonstrations turned violent. Eventually, federal agents were sent to the city, causing even more tension. And then, at the end of summer, the state saw its worst wildfires in recent history.

Meantime, in a suburb of Portland, AISB Humanities and Psychology Teacher Tyson Lazzaro was preparing his move to Romania.

“Leaving Portland at such a crucial time in need of reckoning was difficult,” says Lazzaro. “After all, these were our neighbors and friends raising their voices in the streets, and our colleagues whose homes were being threatened by fires.”

When Lazzaro took the job at AISB, the protests hadn’t yet started. There was no pandemic. The wildfires weren’t burning down the west coast of the US. It was just another year. But despite everything that was happening, Lazzaro and his wife Jennifer Newton (also now a teacher at AISB) decided to stick to the plan, and make the move to Bucharest.

Cheering on the Black Lives Matter Protests from the Sidelines

Due to his move to Romania,  Lazzaro was not able to take part in any protests, but instead has followed the movements of friends and family. There was a famous picture taken on the Burnside Bridge in Portland, where thousands of people laid down together as an act of solidarity for Black people who have been killed by police. Lazzaro’s friends and family members were part of those thousands of people, and they reported being incredibly inspired by this collective act of community, which is what  Lazzaro mentioned he loved most about Portland.

“There are conditions that are not being reckoned with in the US, that have never been properly reckoned with, and [the BLM movement] is the collective voice of a community who has had enough of living under unacceptable conditions,” says Lazzaro.

Seeing his friends and family take action and speak out against these unacceptable conditions was really powerful and inspiring for him, and he admits that he would have liked to be there himself, helping bring change to the US. He also mentions that the police reaction to the protests has been very disappointing.

“There is a tragic contradiction between what the legal right of the citizens are in the United States and what the reality is,” says Lazzaro. He explains that when you see people being picked up in unmarked cars by unmarked officers and brought to unnamed place… “this is indicative of why people are protesting in the first place.”

Lazzaro remembers several instances of racial profiling at his old school, when students were stopped by police and asked for their ID’s—”not because they did anything wrong, but because they were of a particular demographic.” (Note that the racial profiling didn’t happen at the school, but were recounted by students.)

With a sigh, Lazzaro explains that “policing is not the same neighborhood to neighborhood. What the mission of the police is changes in any given part of town. Policing changes depending on the demographic they are interacting with. My demographic tends to have fairly positive interactions with the police, while that wasn’t the case for a lot of my students.”

Viewing the Wildfires from Afar

At the end of the summer, California and Oregon were experiencing numerous wildfires, forcing tens of thousands of people to move out of their homes and killing more than 30 people. The fires themselves weren’t the only problem, as thick smoke spread throughout both states, polluting the air, making it really dangerous to breathe.

While Lazzaro’s house was okay, it was still hard for him to watch the news coverage—to see what was happening to people in his former community. It wasn’t just the devastation, but the fact that the fires were negatively affecting people’s mental health. “During the pandemic, people could still go out into their yards, they could still enjoy the sunshine. [Then, the fires came] and people couldn’t even have that, because they couldn’t even go outside,” Lazzaro explains.

Another tough pill to swallow: the fact that the wildfires are a symptom of inaction to climate change. Lazzaro explains that the people in Portland are really disappointed that the government is doing nothing to improve the situation: “The people I know recognize the wildfires as both a tragic event that is occurring, but also a part of a broader cause and effect chain that starts with unchecked greed and consumption, a lack of political will to put laws in place to protect the environment and then the subsequent climate change that results from it.”

Arriving to Romania Amongst the Chaos

Although he was excited to leave Portland and start a new journey here in Romania, Lazzaro expressed that there was also a sense of responsibility that he was walking away from. “I don’t think anyone who is honest about their feelings would feel any different,” he says. “And I would feel that way even if the BLM uprising wasn’t happening, because there are problems in the United States that I feel responsible to help address.”

Coming here hasn’t necessarily been hard, Lazzaro admits, but it hasn’t been easy. Between navigating pandemic restrictions and learning to teach online, it’s been an adjustment, and at times makes him miss home.

“I feel conflicted feelings because, I wish I were there, but, I’m also glad to be here, and that’s normal, unless you were running away from a place, which I wasn’t,” says Lazzaro. “I wasn’t running away from Portland when I moved here, I was running to Bucharest.”