Moving Overseas During COVID-19: A Personal Narrative from The Bite’s Managing Editor 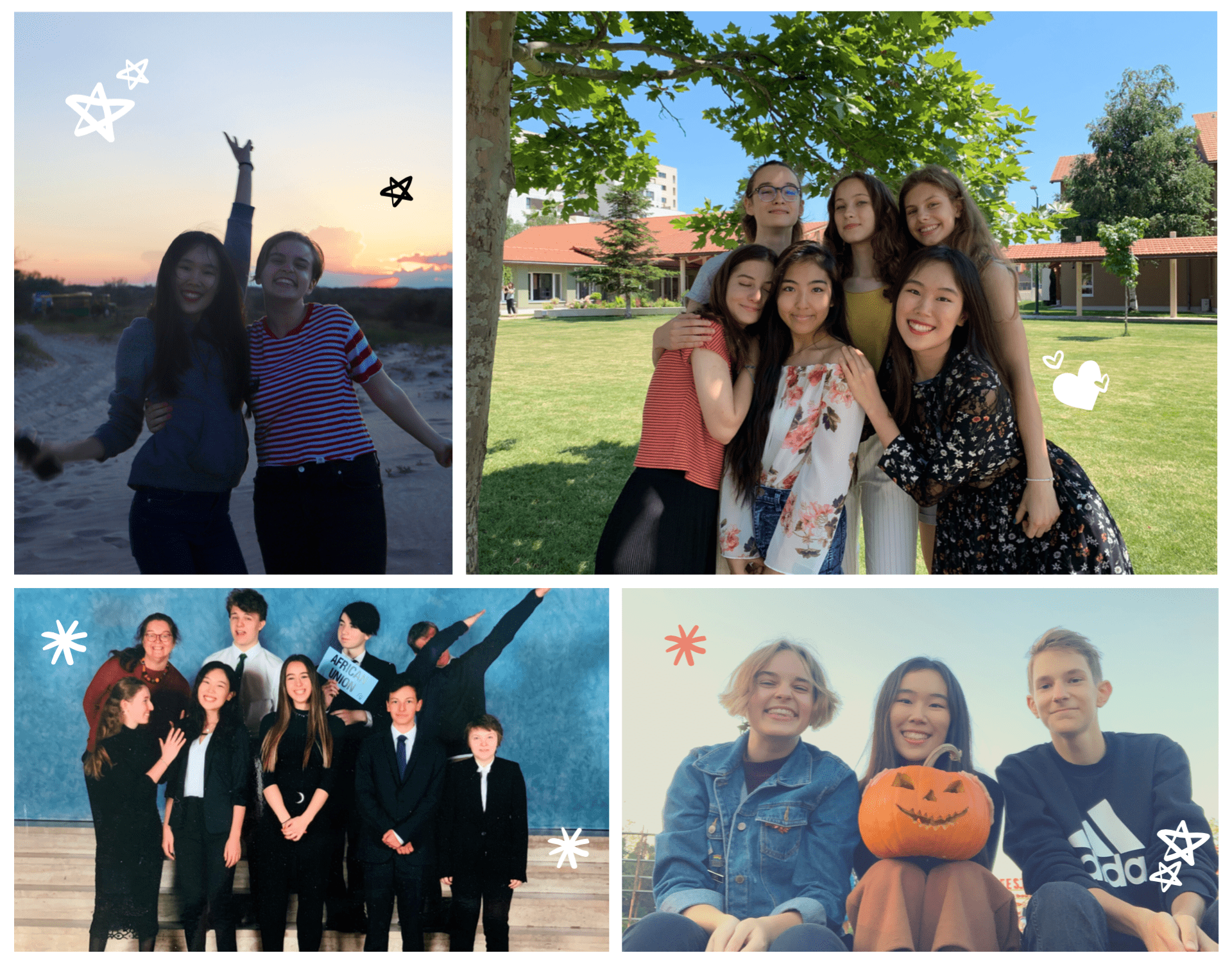 It was the summer of 2013 when I arrived at Otopeni airport for the first time. I was too young to worry much about anything, and was excited and curious about everything–about what life would be like on the other side of the globe.

Seven years have passed since then, and I’ve now become an overly pensive sixteen-year-old. Inside my head is a complicated mix of emotions, and outside is a deadly pandemic–which has caused months of online learning, and now online goodbyes, before I return to Korea.

Romania means an entire childhood-and-a-half to me. This is where I graduated from elementary and middle school, hobbled through my cringy teenage angst, and made unforgettable connections. Some of my friends have known me since when I used to wear polo shirts of every color in the rainbow….or when we could order custom-made panini or pasta in the cafeteria….or when gliding down the atrium slide used to be cool and exclusively open for PYP graduation ceremonies.

In the past years, I’ve had to bid farewell to several of my closest friends, but never been the one to say goodbye myself. I was aware that this was going to be my final year at AISB for just over a year, so I had all the time in the world to prepare. But I didn’t. Because, to be honest, I didn’t want to. Not only am I not the type to think ahead of things, but I procrastinate an awful lot — so I got through Grade 10 as usual, treating it like any other school year.

Even when the school closed and we transferred to distance learning for an indefinite period of time, it didn’t worry me too much. I boldly believed we would eventually return to school. Well, the entire country then went into lockdown. Europe observed an unprecedented spike in the number of coronavirus cases, and the Romanian national state of emergency was extended week by week.

On April 28th, AISB announced that it would remain closed until the end of the school year. My first split-second reaction was denial. Then I saw everyone sharing the news on social media, and then came the texts from friends. I wasn’t going to get a proper farewell.

Related article: Can you really gain closure with an online goodbye?

It’s now the last week of school, and people are frantically putting together Flipgrid videos for departing students and teachers. We’ll have an end-of-the-year assembly over Zoom (not quite sure how that will work), and farewell “parties” in our advisories–also on Zoom. This is all great, but it certainly doesn’t feel like closure.

I wish I could run around the school to get everyone’s name signed in my yearbook. I want to listen to the speeches given to all departing students. I want all the teary-eyed hugs with teachers and friends who have changed my life.

Instead, I’ll speak in front of a screen about the memories and all the things I’ll miss; then I’ll close the lid of my laptop, and it’ll all be over.

I can sense that my last day in Romania is drawing close–chunky cardboard containers packed with stuff lying around the house. The wall that used to be embellished with souvenir magnets from around Europe is now bare. Piles of birthday cards and polaroids from the past years were found in the buried corners of my drawer. The nostalgia runs deep.

If I hadn’t come here, I wouldn’t have been exposed to so many different cultures, nor learned to celebrate diversity with open-mindedness. Because of AISB, I was able to participate in international MUN conferences, discuss openly about mental health and LGBTQ+ issues, and gain the habit of thinking critically beyond memorizing what’s in textbooks (a trademark of Korean education). I’ve been able to explore my passions and interests instead of attending academies after school, like my former classmates in Seoul.

In a few weeks, I’m supposed to leave this place which I call my second home. But with flights constantly getting canceled or rescheduled, everything is uncertain.

Once I arrive in Seoul, I’ll have to go into a two-week self-quarantine. Two more weeks without direct person-to-person contact. Online goodbyes will be replaced with online hellos–taking away precious time with long-missed friends and grandparents before I head off for my new life: boarding school in Jeju Island.

The pandemic stole my chance to have a proper sense of closure and express love and gratitude to the people I genuinely care for. But through this experience, I got to contemplate what this transition means to me. It’s to recognize what I’ve always taken for granted.

It’s a waste of time to remain trapped in the unchangeable past or the uncertainties of the future. So for now, I’m going to try my best to remain in the present, and keep my eyes on the screen and away from the boxes. I’ll make the Flipgrid videos and tell the people I love that they matter–that they’ve changed me. And that when the time comes, we’ll see each other again–and when we do, we’ll hug one another a little tighter than before.