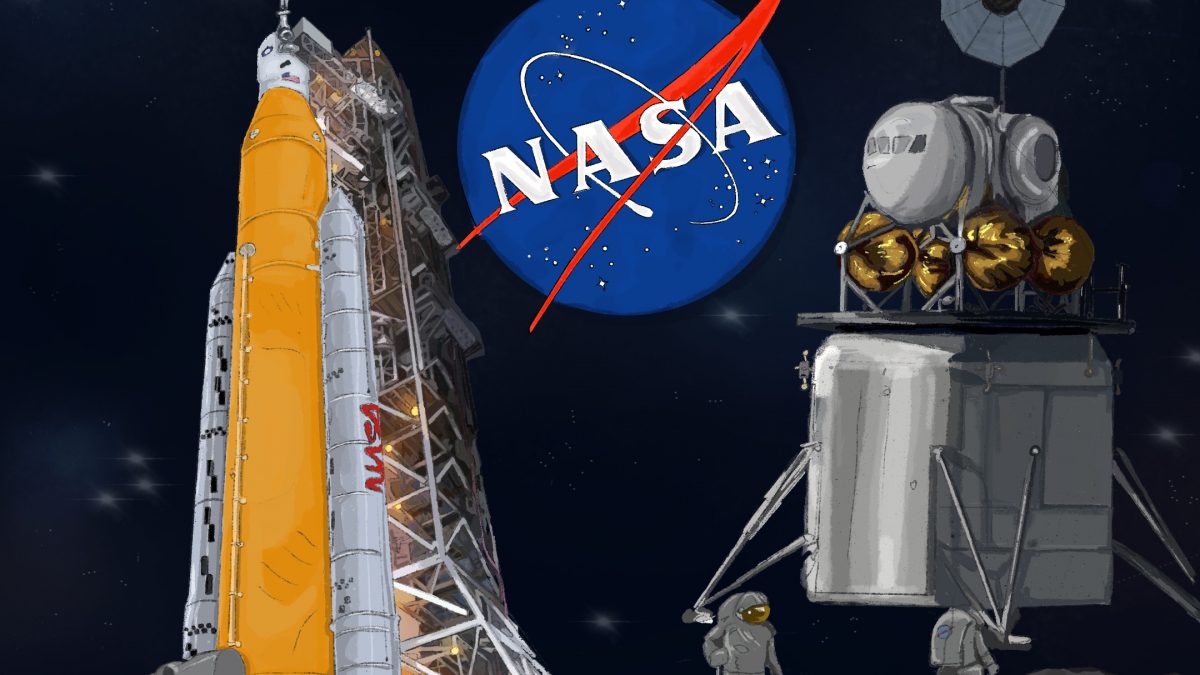 Ever since the Apollo moon landings in the late 1960s, we haven’t seen as many groundbreaking feats from NASA. Apollo 11 extended the frontiers of space travel, with the very first landing on our moon. It was a time when the whole world came together to celebrate our accomplishments, with over 600 million people watching the event (a fifth of the world’s population at the time).

However, the world may get the chance to experience the impact of another moment like that with NASA’s new Artemis project.

What is the Artemis Program?

NASA is currently leading the international effort and series of missions with the basic idea of sending humans back to the moon, but for a much longer period of time than the Apollo mission. This will establish the foundation of space exploration in which our next step could be travelling to Mars. The name of the project originates from Greek mythology, with Artemis being the twin sister of Apollo (linking to the original Apollo missions to the moon).

As of now, the project consists of 3 separate missions, Artemis 1, 2, and 3. Artemis 1 is an unmanned flight going around the moon and returning to earth, essentially acting as a test run for the future missions. Dr. Flaviu Raducanu, Chief Technology Officer of ROSA (Romanian Space Agency) and Vice Chairman of the Space Exploration Board of ESA (European Space Agency), explains that Artemis 1 will primarily act as a rehearsal for Artemis 2 and 3.

Artemis 2 is a manned flight that will go beyond the moon, allowing humankind to travel further than we ever have in space, and is estimated to launch in 2024. Artemis 3, scheduled to launch in 2025, will send the first female astronaut and first astronaut of color to the moon, landing there to perform a week’s worth of scientific studies. These studies will develop NASA’s long-term goal of establishing a colony on the moon.

While Artemis 2 and 3 will take place in the far future, the launch date for Artemis 1 is September 27, 2022. Originally, the launch was scheduled for the 29th of August, but was postponed due to an issue with one of the engines of the SLS, and a hydrogen leak. The Space Launch System (SLS) is a complex rocket that has been in development since 2011, and will be used for the first time to launch Artemis 1.

Changing the Future of Space Travel

Landing humans on the moon for a long period of time is the next step in NASA’s ultimate goal of going to Mars. Although Artemis 1 is only the test run, its success is crucial for the entire mission’s completion, which is what will make it such a significant event to observe.

Dr. Raducanu elaborates on the importance of the Artemis missions, explaining that “Going to the moon [again] is perceived as a stepping stone to be able to go to Mars, because Mars is going to be more difficult.”

“It would be the first time that we are truly able to settle on a different celestial body, and this is not a small feat” says Dr. Raducanu

NASA’s plans for a long term moon landing will also provide new economic opportunities, involving a lunar economy. This will not only include bringing metals from the moon back to Earth, but also, according to Dr. Raducanu, using what is there to create valuable commodities.

“The efforts are not necessarily to mine minerals and bring them back to Earth, but to create [from minerals on the moon] oxygen, hydrogen, metals, construction materials, and whatever [else] is needed to sustain […] a colony.”

Of course, any expedition into space comes with many risks. This is the main reason the first mission is uncrewed, so that if anything were to go wrong, no lives would be lost. However, if everything goes well during Artemis 1, we would be in a very good position to send humans back to the moon.

NASA is collaborating with many international and commercial companies to get this mission off the ground, including SpaceX, Dynetics, and Blue Origin. NASA is also working with the European, Japanese, and Canadian space agencies. For example, some of these organizations are assisting in the development of the Human Landing System, which will allow astronauts to safely land on, and return from the moon.

NASA is also partnering with external organizations in the construction of the Lunar Gateway. The lunar gateway is a space station that will orbit the moon, with living and research accommodations for astronauts who will be involved in the Artemis mission. It is estimated to be launched into orbit in late 2024, before the Artemis 2 launch. The lunar gateway will be an essential component of the goal to extend humankind’s reach further into space.

Among the companies involved, SpaceX is a well known organization, founded by Elon Musk, that specializes in the engineering and testing of spacecraft. SpaceX has ambitious goals, including manufacturing reusable rockets that could one day be capable of taking humans to Mars and beyond.

ROSA (Romanian Space Agency) will not be involved in the project, as it was only welcomed into the European Space Agency in 2006, when planning for Artemis had already begun. However, Romania is a signatory to the Artemis accords, a treaty regarding and promising the peaceful and harmonious exploration of space.

ROSA is also collaborating with NASA in other areas. Dr. Raducanu says, “We are working together with NASA to identify instruments, experiments, and [more] things to be tested on future missions.” Seeing as ROSA is getting more and more involved with NASA and ESA, the future looks bright for Romania in terms of space exploration.

The Launch of Artemis 1

The Apollo moon landing brought the world together in celebration of our accomplishments, and it set the bar high for future space expeditions. NASA has surely outdone themselves, as the Artemis missions hold so much potential for the future, and Artemis 1 is only the beginning.

If everything goes according to plan, Artemis 1 will lift off from the Kennedy Space Center on September 27, at 9:17pm GMT+3 (Bucharest time). The launch will be live-streamed on NASA’s YouTube channel, starting at about 4:30pm.

Hopefully, people all around the world will come together and watch as we set ourselves up for another era of space exploration!