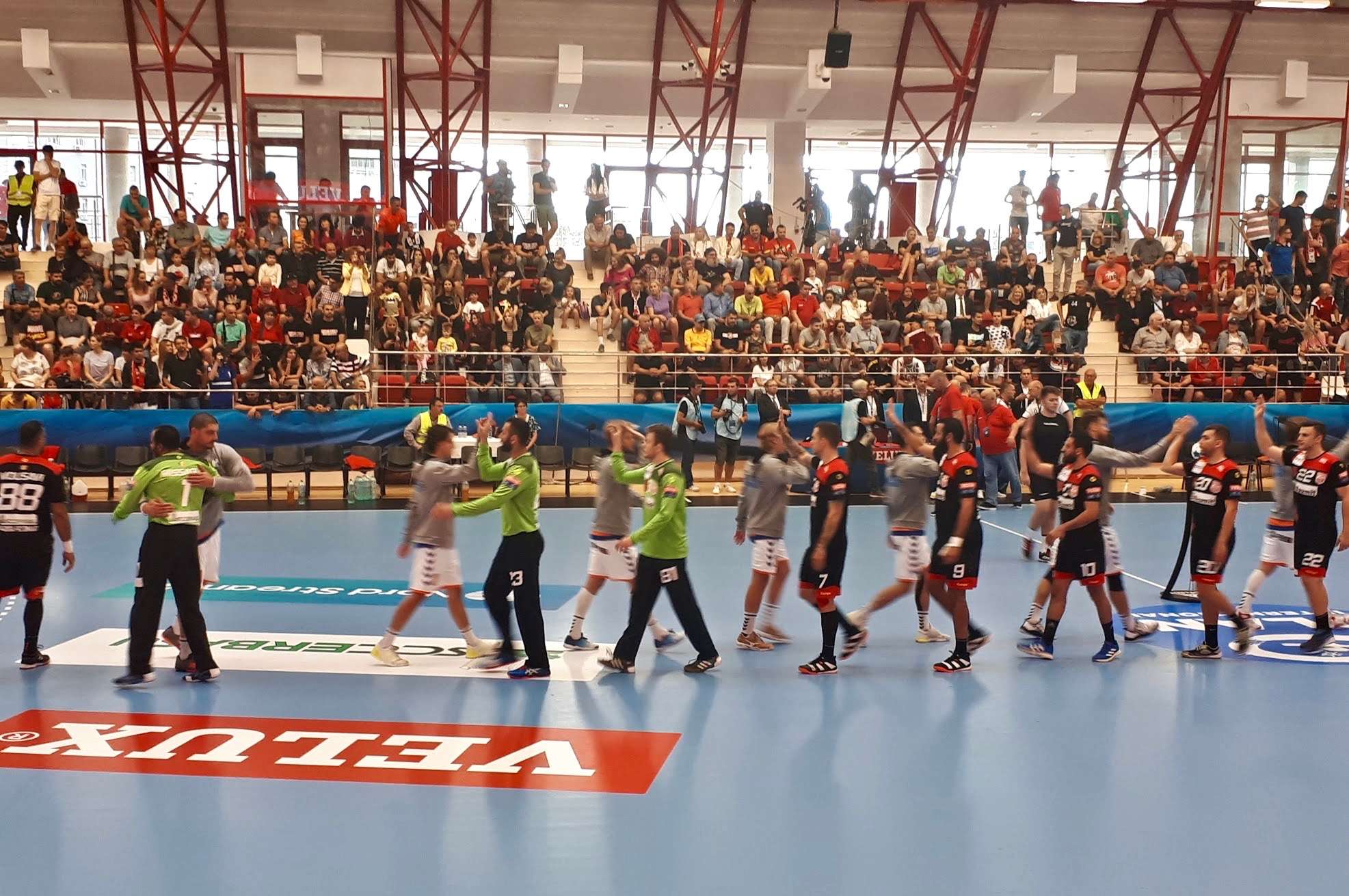 On Wednesday, September 18, Dinamo București faced IFK Kristianstad in the VELUX EHF Champions League in Bucharest. It was a tight game, but Dinamo secured the win, 28-25 (13-10).

Dinamo București is in Group D, together with teams from Switzerland, Sweden, Poland, Russia, and Denmark.

The last Champions League match for Dinamo București took place on Thursday, September 12. The game was against Kadetten Schaffhausen and ended in a draw, 28-28 (14-15) and was played in the BBC- Arena in Schaffhausen, Switzerland.

IFK Kristianstad had their last match on Sunday, September 15 against GOG Handbold, a Danish team. It ended with a loss for the Swedish team, 24-33 (14-17).

Both clubs had never played against each other in the VELUX EHF Champions League.

The stadium was nearly sold out–mostly by Dinamo București fans. Before the start, the commentator reminded the crowd to be “respectful of all participants.” Why he said this became clear a few minutes later when the teams started coming into the arena. IFK Kristianstad was introduced first, immediately followed by an echo of ‘boos’ and whistling from the Dinamo fans.

When the home team started entering, fans stood up and celebrated their players with a lot of dedication and passion. Overall, the fans were really engaging and loud. On their Instagram account, Dinamo București asked their fans to dress in the club colors: “red, white or black.” Most followed these instructions and came with jerseys, scarfs and even drums.

The game didn’t start well for Dinamo București, due to getting a 2-minute suspension and IFK Kristianstad getting a penalty (which is 7 meters away from the goal) after the first 30 seconds.

The first goal scored for Dinamo București was into the third minute by Mihai Alexandru Asoltanei. Both teams used a six-zero defense and made the left-wing player move up, becoming a line player.

Personally, I think that the work of the Romanian goalkeeper was better, especially in the first 20 minutes, compared to the other goalie. This is also reflected in the statistic, as Saeid Heidariad, goalkeeper of Dinamo, had an efficiency of 29%. Richard Kappelin, goalkeeper of IFK Kristianstad only had 22%.

Overall, both teams had a really good match, with the Swedish team being faster overall. Goalie and defense were better on the side of Bucharest. Best scorer was Bucharest’s Number 20, Mihai Asoltanei, with a total of 6 goals.

The win makes Dinamo București the first in Group D and Kristianstad the last, but there are more games to come, which will determine who will qualify for the next.

The next handball VELUX EHF Champions League game will take place on Wednesday, September 25 at Sala Polivalenta, in Bucharest. Dinamo București will play against the Danish team GOG Handbold. Tickets cost between 15 to 50 Lei and can be purchased on Eventim.ro.

Tell us: Are you planning to attend an upcoming handball match? Comment below to start a conversation.

What's the deal with the new house system? Here's everything you need to know